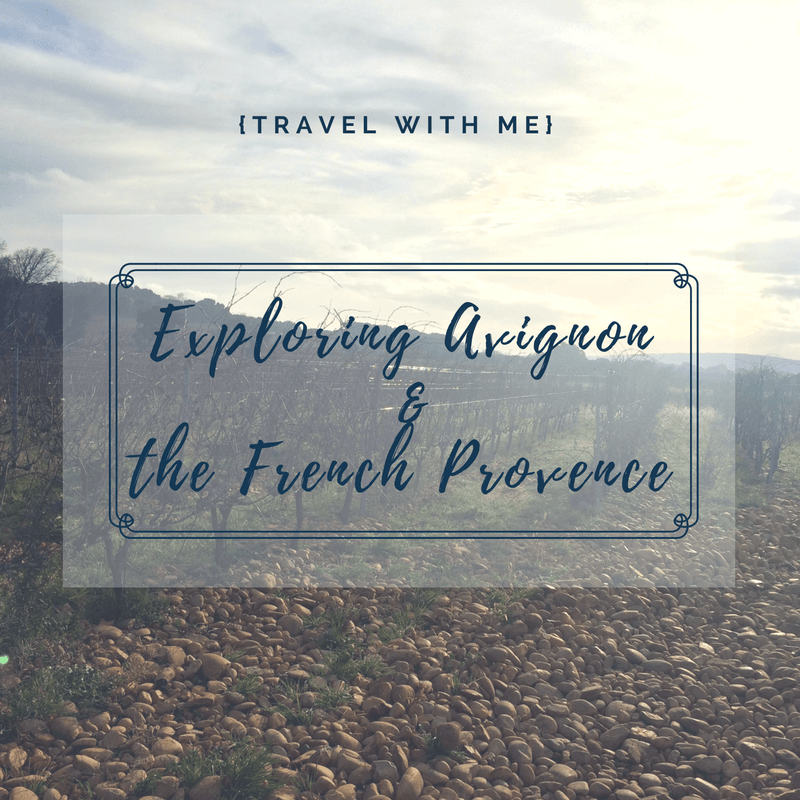 After exploring the French Riviera, we took the train to the heart of the French Provence! Passing further into the Provence area by train, we were surrounded by beauty: think stunning wine country and picturesque villages on a hilly landscape. We picked Avignon as our home base for the first two nights in the French Provence. When planning this section of the trip, we knew very little about the area, so we chose Avignon mostly because it was the starting point of a wine tour we were interested in taking.

After arriving in Avignon and checking into our hotel, we did a little evening exploring and then ended the night with crepes and gelato / hot chocolate. 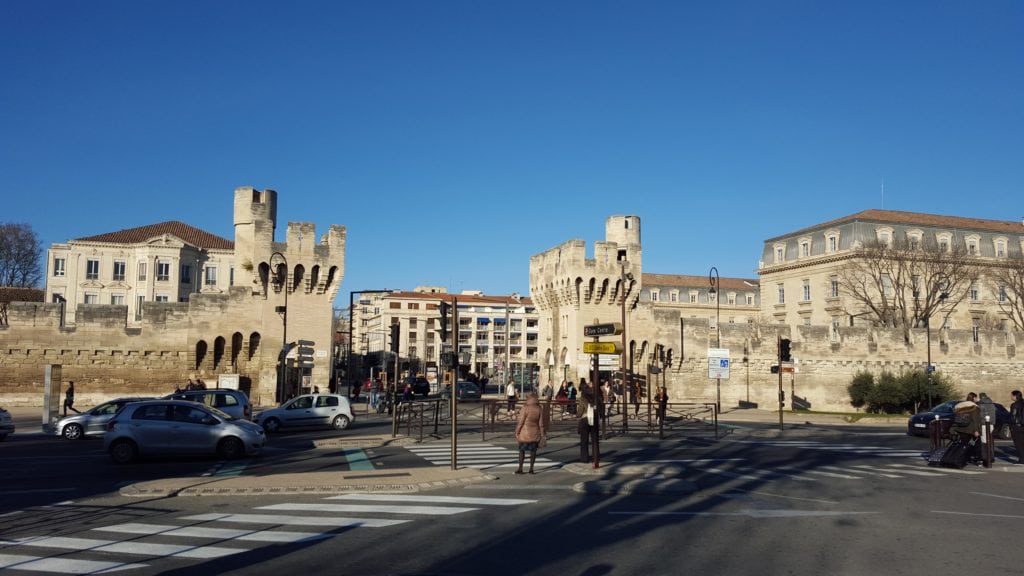 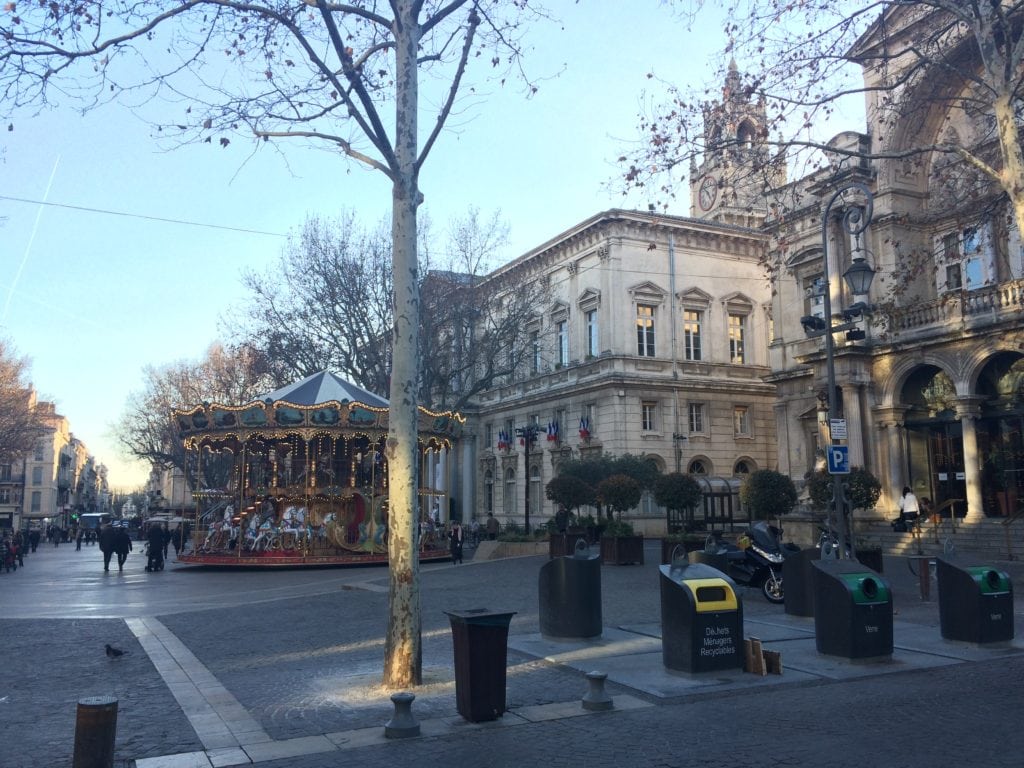 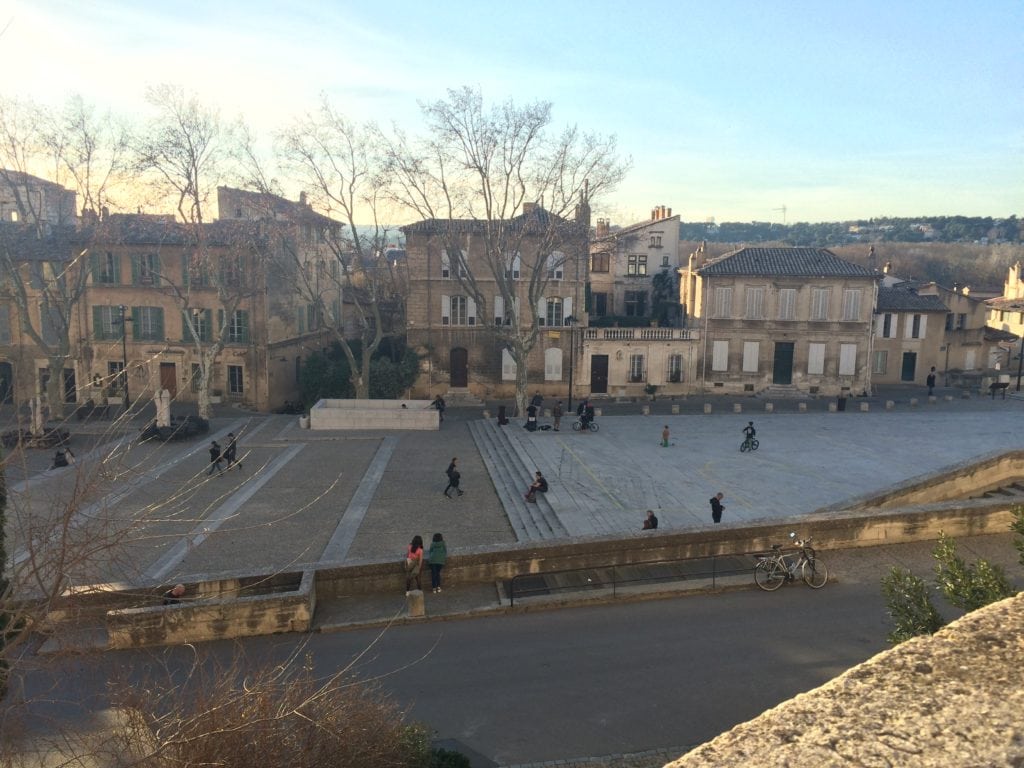 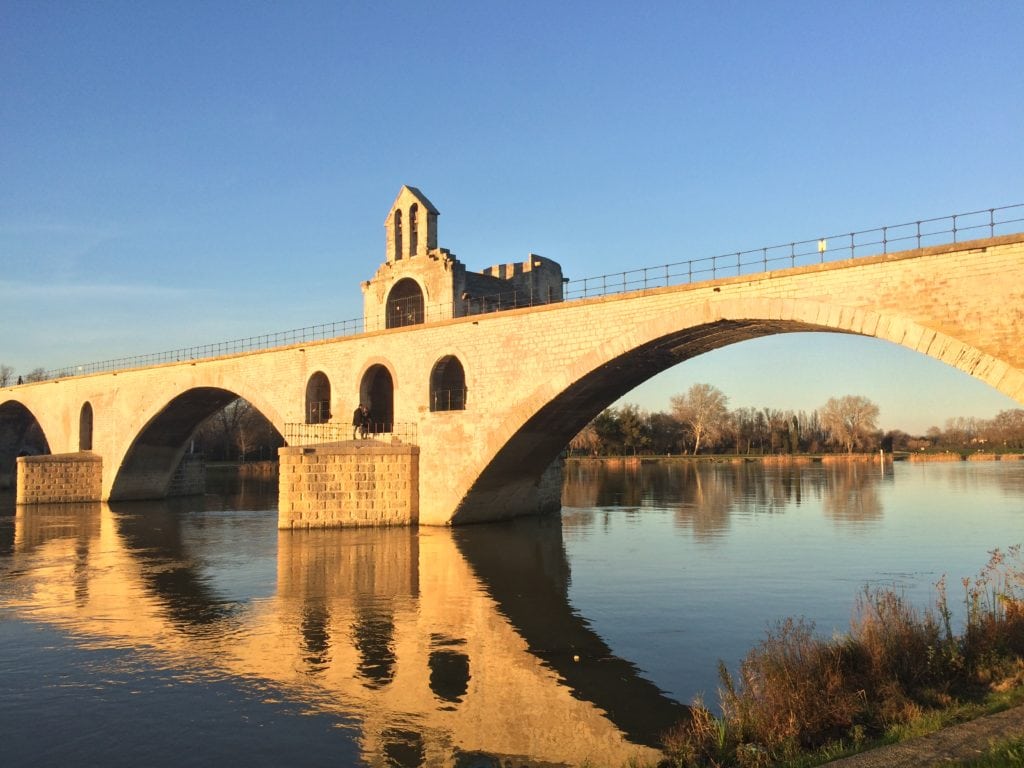 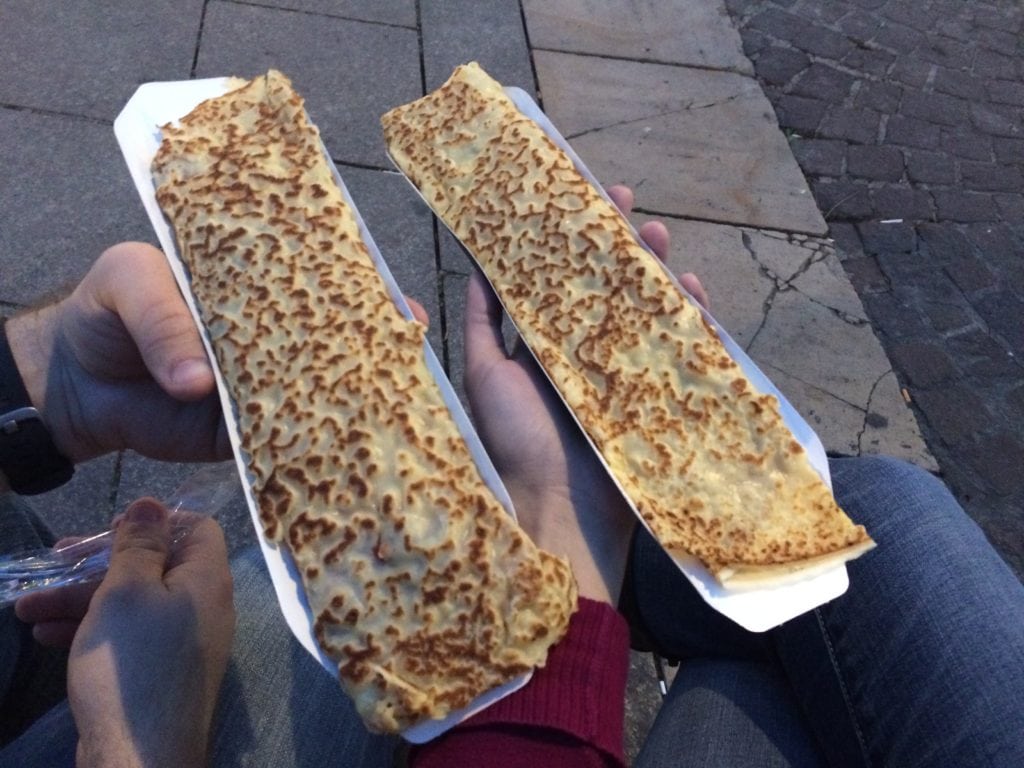 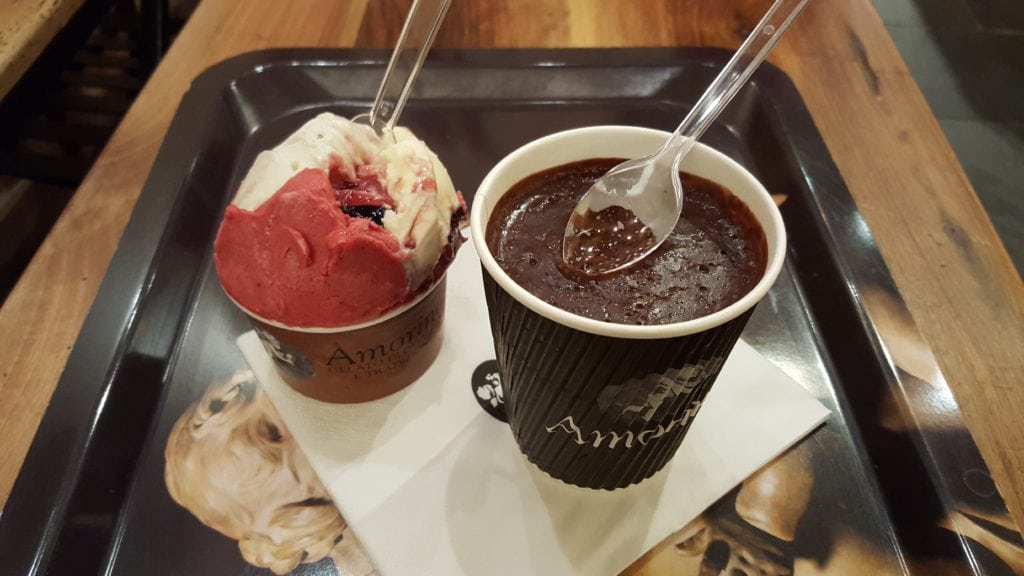 Daniel and I have recently become fairly interested in wine, so we were curious to learn more about the industry while traveling Europe. We had read great reviews about Avignon Wine Tour, a company run by a local named Francois. Francois offers a tour of a different region each day of the week. We picked the Saturday tour of the famous Châteauneuf du Pape, a French wine appellation d’origine contrôlée (AOC) – a highly respected certification given to specific areas in France for wine as well as other things like cheese, butter, and meats.

The AOC sets many different standards for the wine and how it’s produced. Much like similar regulations in other countries, the AOC also has rules surrounding the wine label and how to read it. Using the card in the picture below, we learned how to read a label to determine which level of AOC quality the wine is. You won’t find the type of grape varietal printed on the label like you would on a bottle in the United States, but rather the region from which the wine was produced. 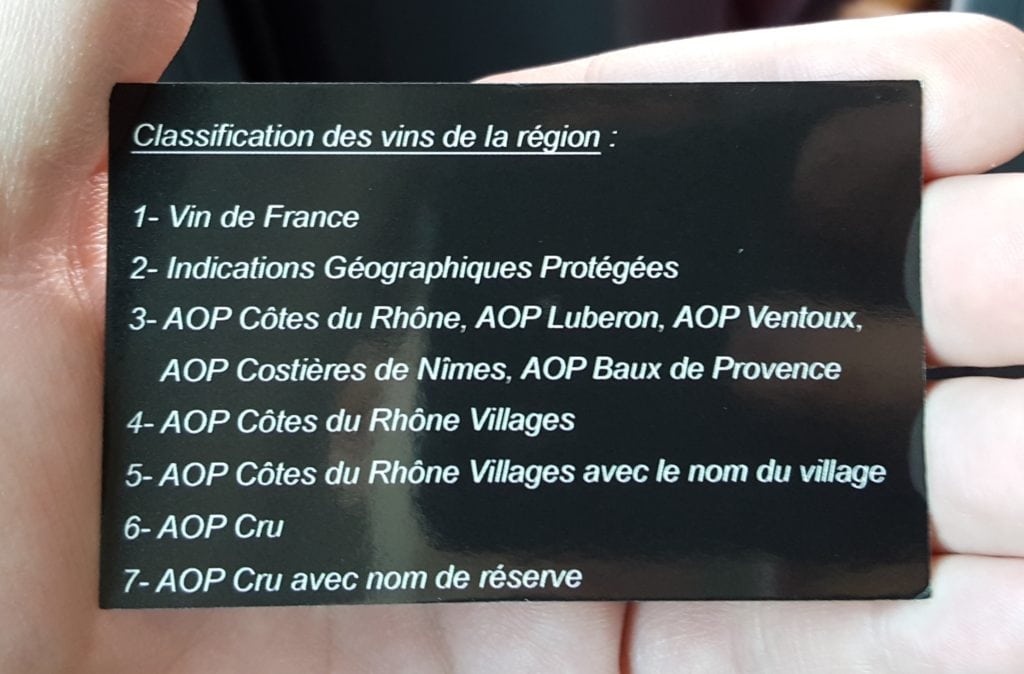 Most wine produced in the Châteauneuf du Pape is red, and much of the red wine is made of the grenache and syrah grapes.

We visited three local wineries and had lunch in the area. Despite the winter season and dried up vines, it was beautiful countryside to explore and learn about from a very knowledgable local. Francois knew an incredible amount about the wine and the area. We hope to go back one day and do another tour! 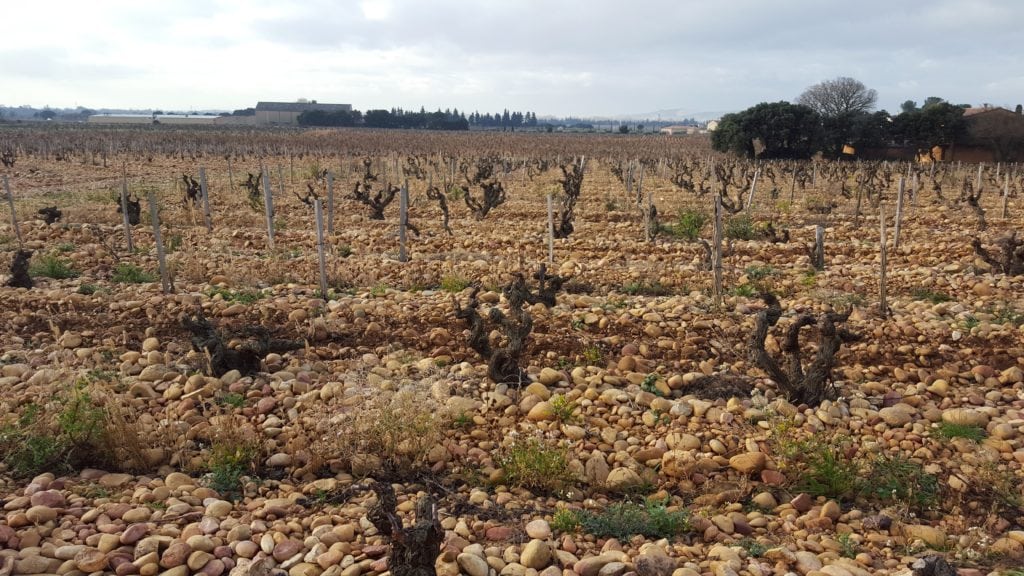 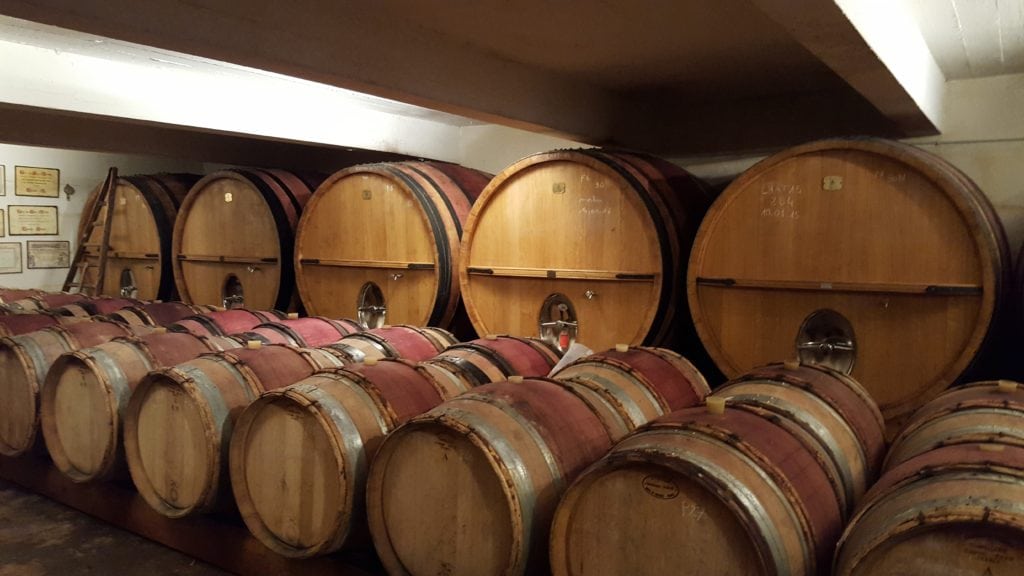 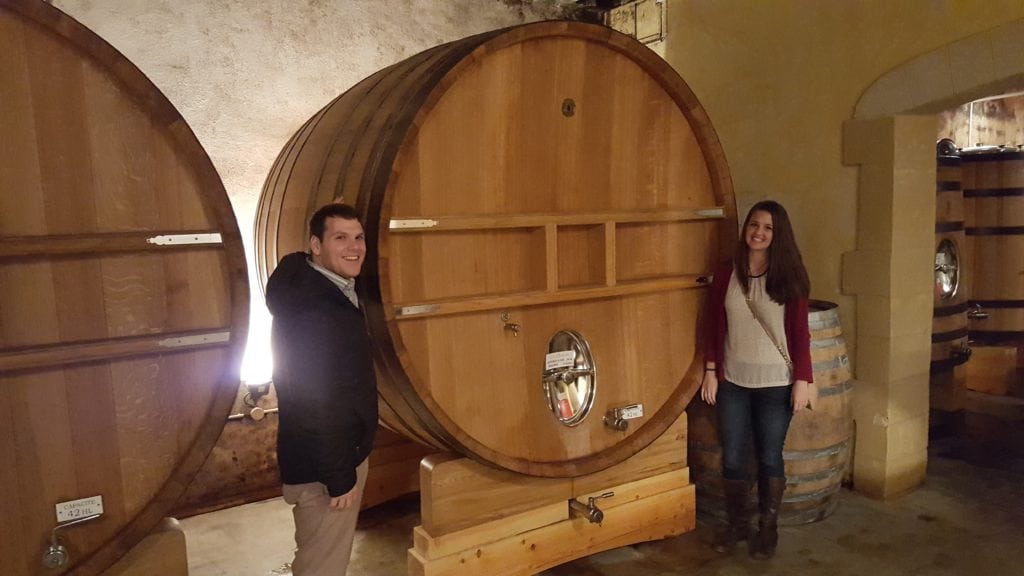 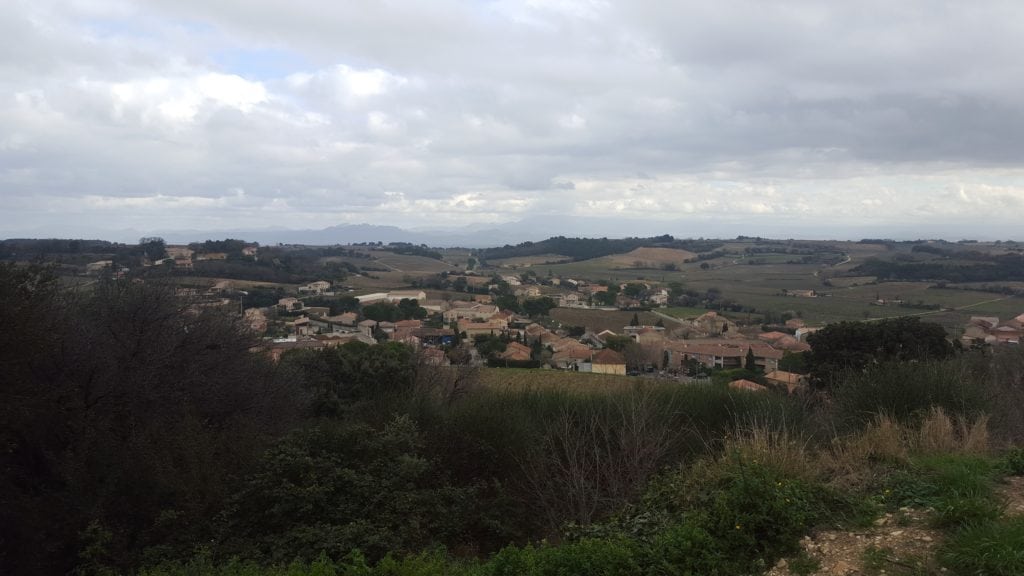 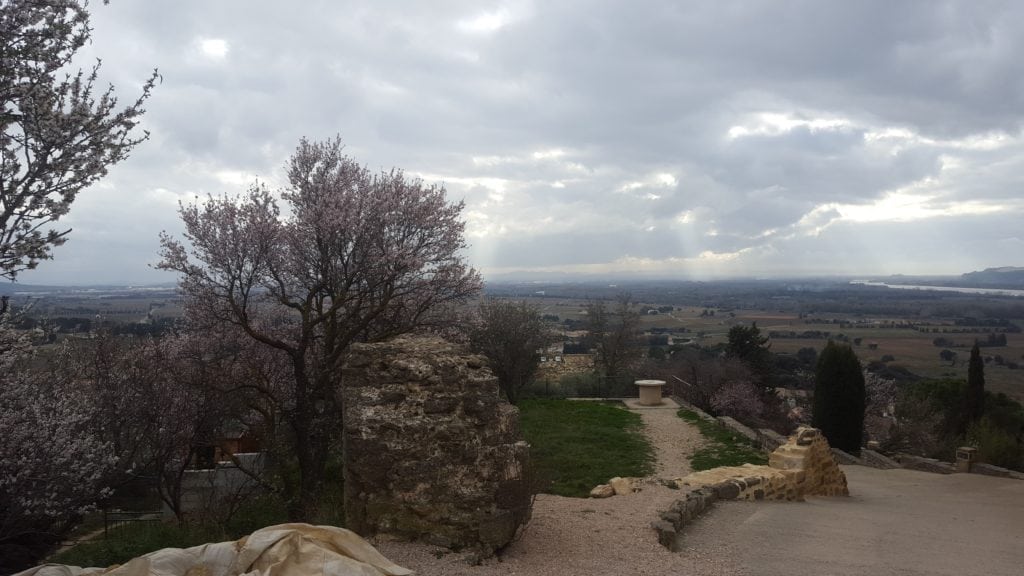 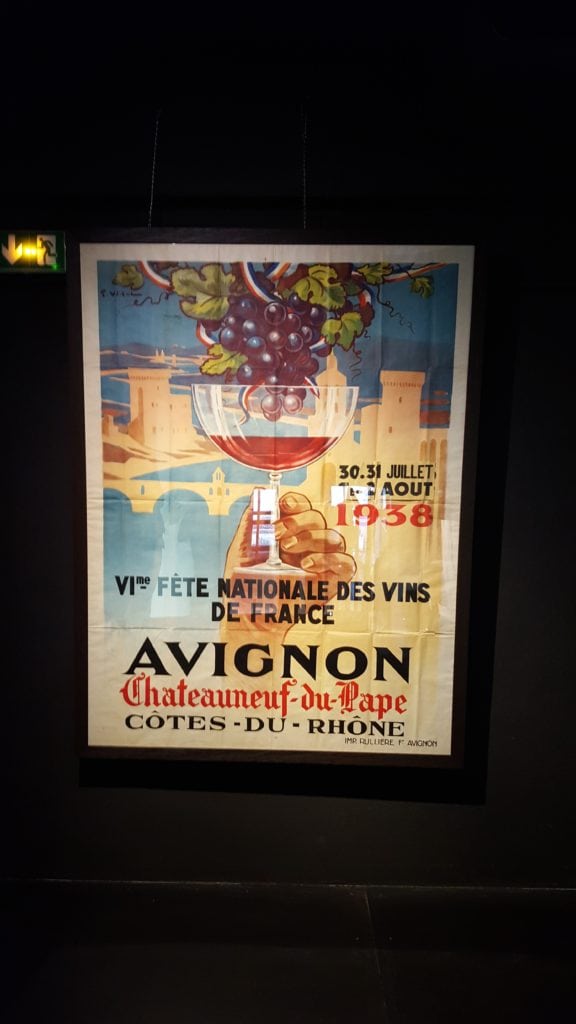 After a full day of touring wineries, we spent the next morning and early afternoon exploring the charming town of Avignon itself. Our primary stop of the morning was the Palais des Papes, the residence of the Pope during the 14th century and very much the center of 14th century of Western Christianity. Pope Clement V moved the papacy from Rome to Avignon in 1305 after he was elected, but the palace itself was reconstructed by Pope Benedict XII starting in 1334. The papacy moved back to Rome in 1370, which actually ended up causing a rift in the church for a few years, during which there were three popes! The palace continued to be owned by the papacy for over 300 more years before being taken over for military use until it became a national museum in 1906. I was fascinated by all of this because I didn’t know that the Pope ever sat anywhere other than Rome!

The palace is considered one of the most important examples of architecture in Europe as it is the largest Gothic palace on the continent. We enjoyed walking through and reading about the history of the palace and the papacy. 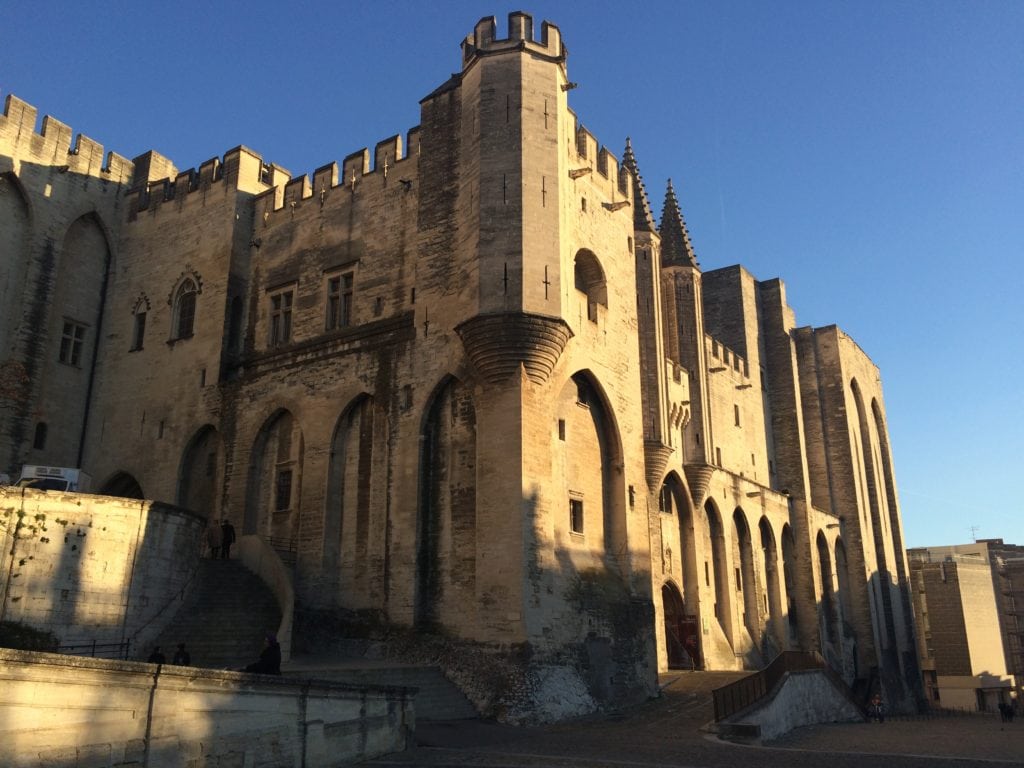 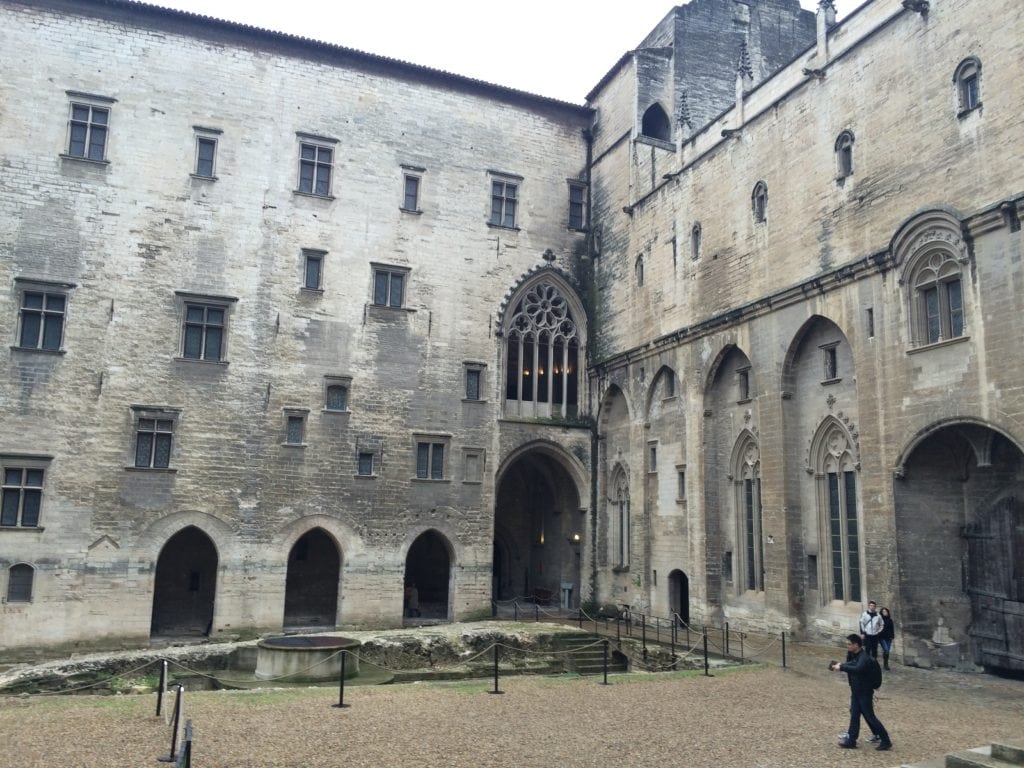 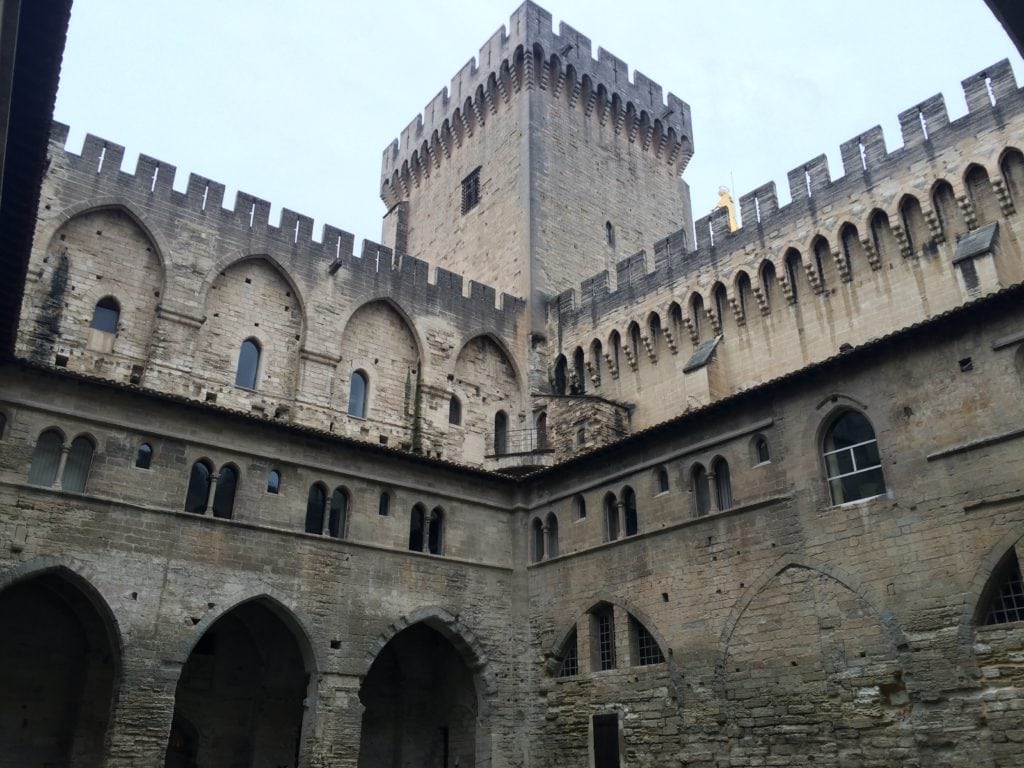 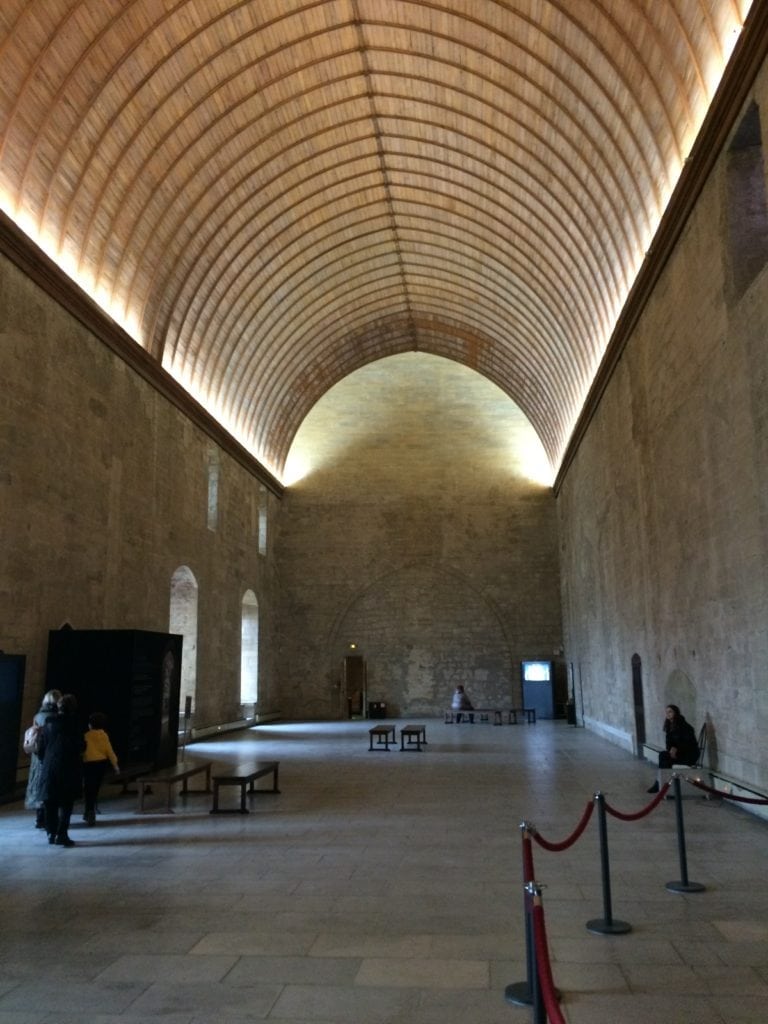 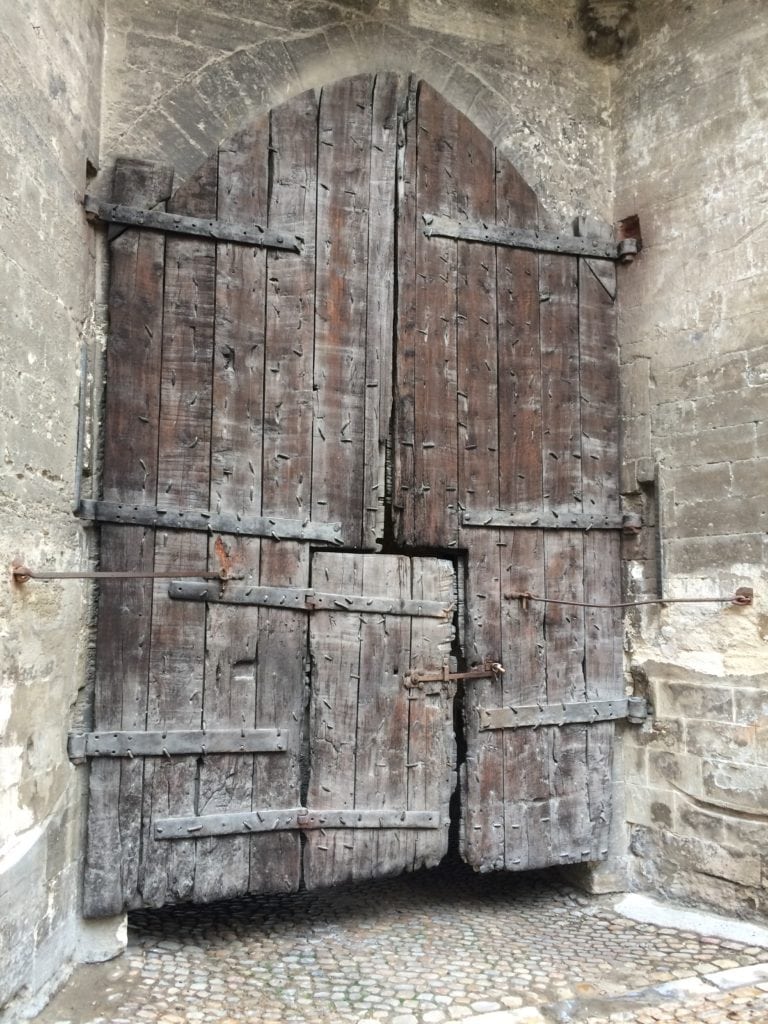 After exploring indoors, we walked around the gardens outside of the palace for a bit and took in the nice weather! 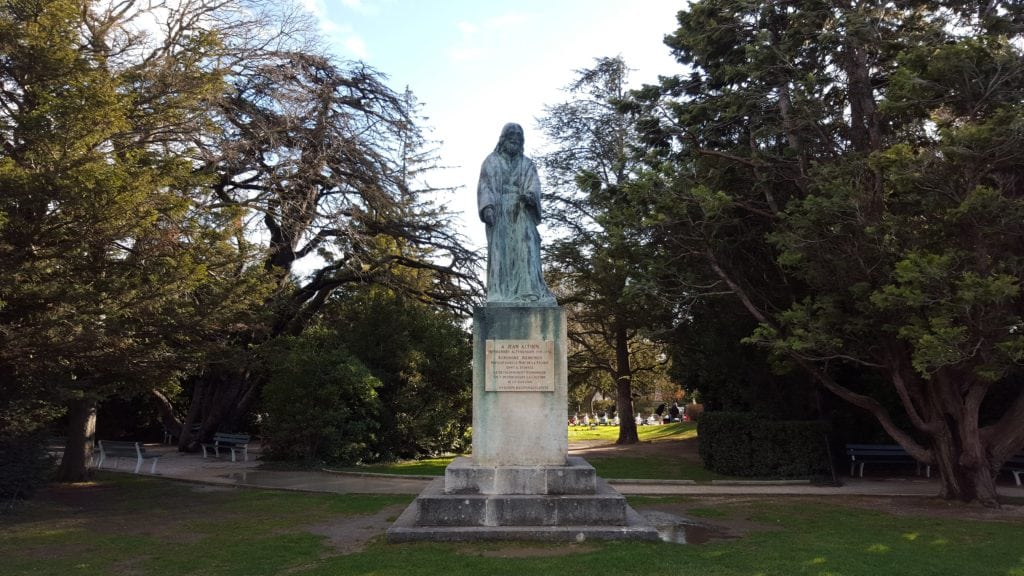 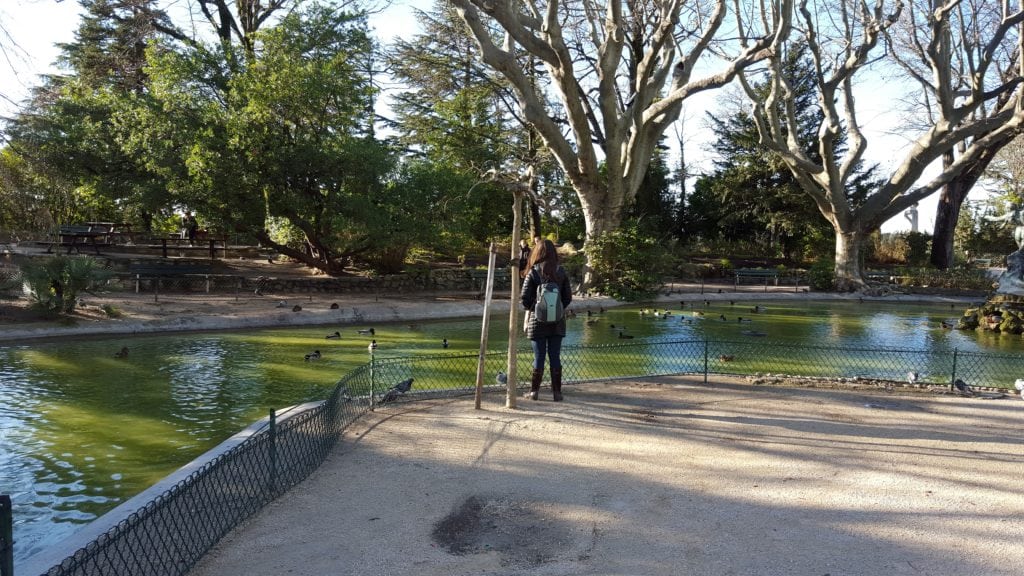 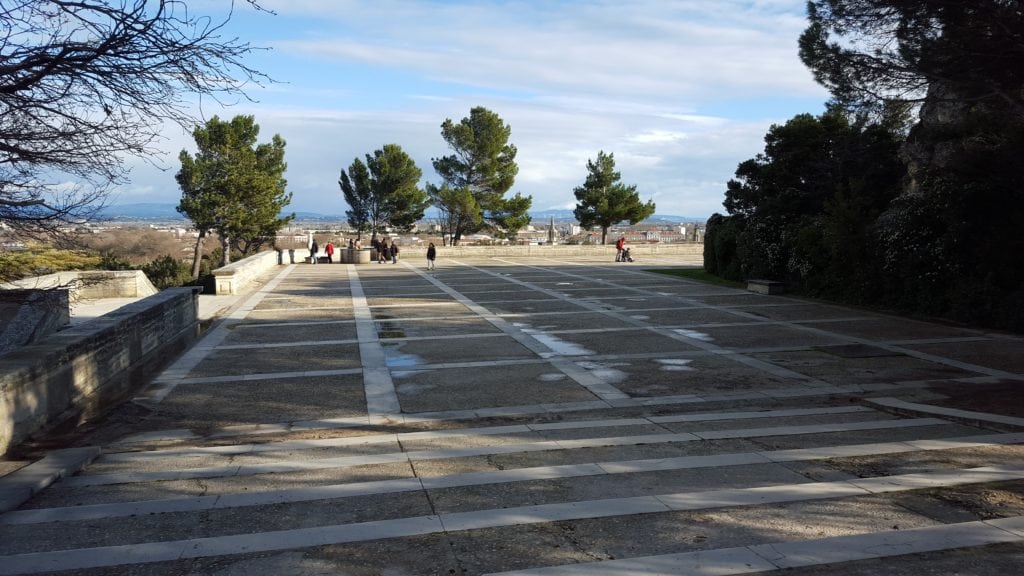 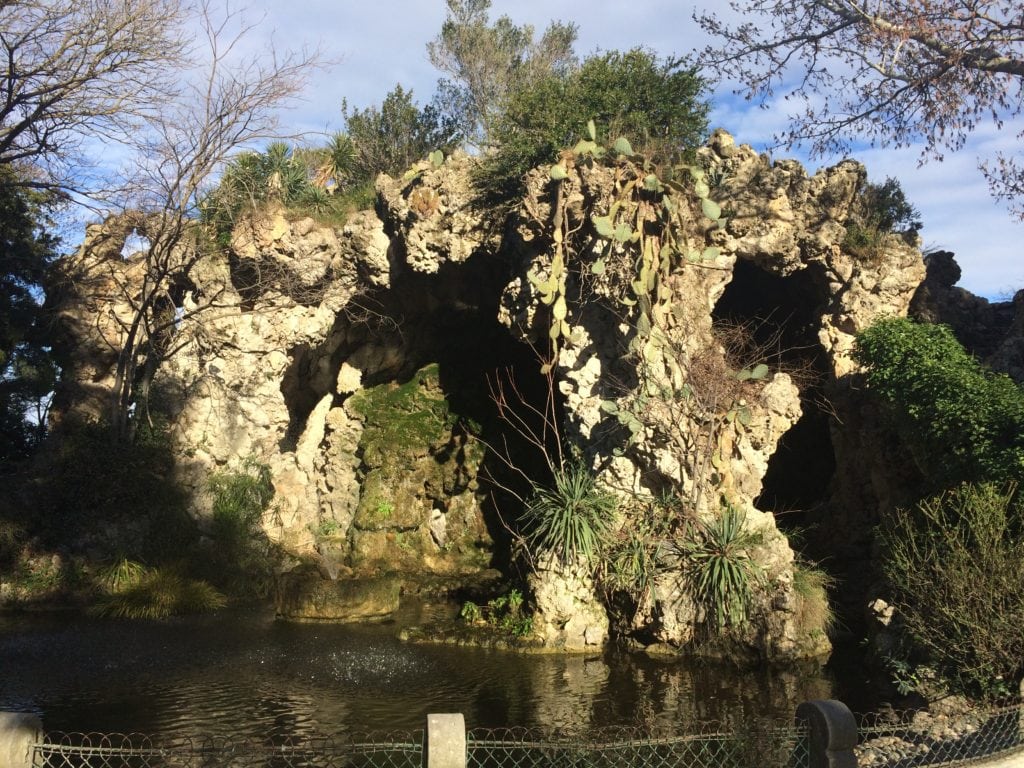 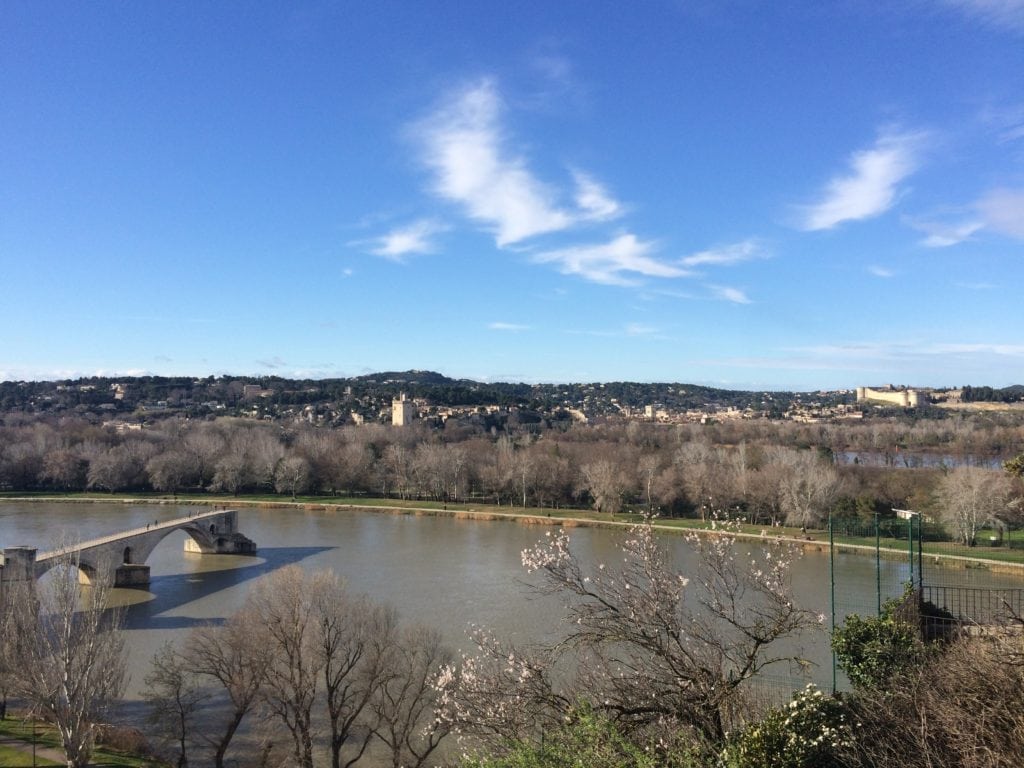 And that ends our short time in Avignon. For our next stop in the French Provence, we booked an Airbnb in Arles, famous for Van Gogh and Roman ruins!

{Thanks for reading! Want to know a little more about me? I’m a CPA learning how to balance a career with frequent travel while planting roots at home in Austin, TX. When I’m not exploring my home city with my husband Daniel or cuddling with our chubby orange cat Banana, I’m probably planning, packing, traveling to, or daydreaming about our next adventure. After all, my travel mug collection is never complete. If you have wanderlust too, be sure to follow me on Instagram, Pinterest, Snapchat(emilya89), or subscribe to my blog!} 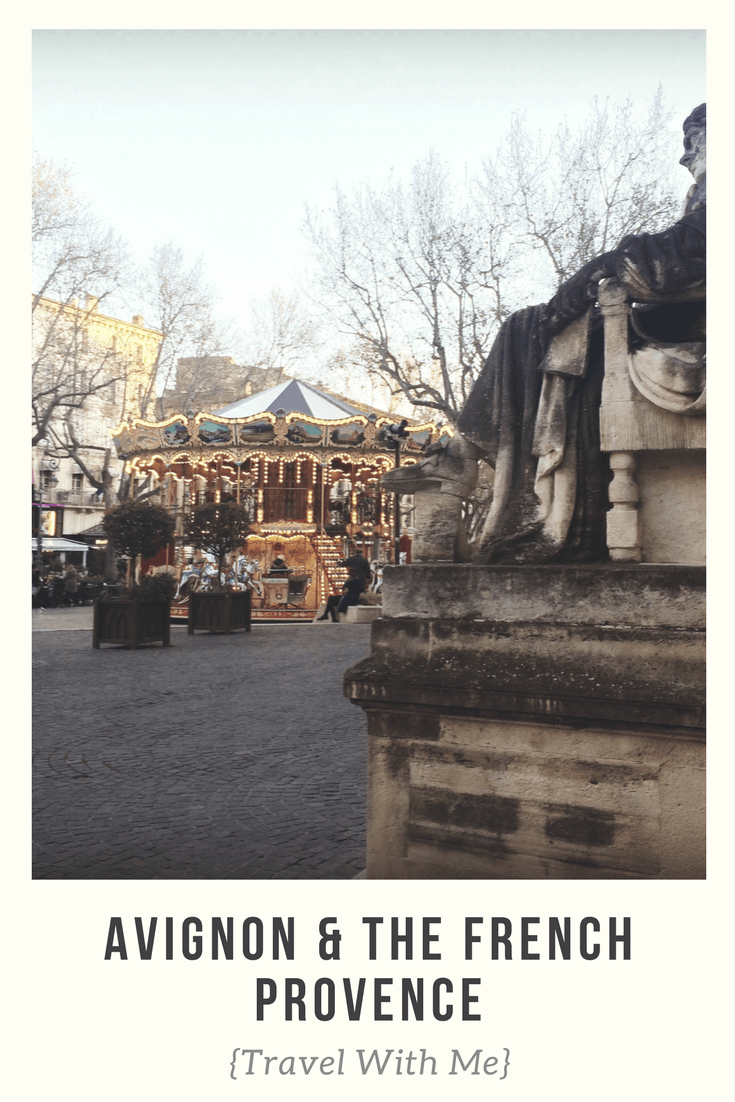