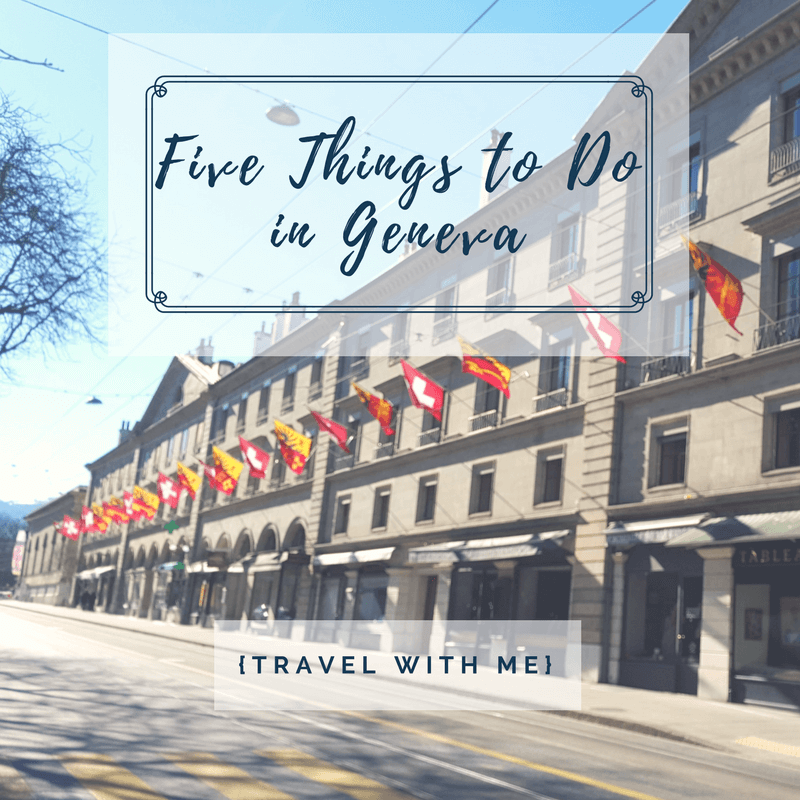 After spending a couple of days in Lucerne, we headed back to the western part of Switzerland to spend one full day and a couple of nights in Geneva, our last stop on our tour of Switzerland! Our time in Geneva was short, but we really enjoyed it and learned a lot while we were there! Here are five things I recommend that you do during your trip to Geneva:

1. Stroll by Lake Geneva, and snap a photo of Jet d’Eau.

We were in Geneva toward the end of February, and it was unseasonably warm and beautiful. All of the locals were out and about, walking, running, and laying out on blankets on the grass. The sun sparkling on the lake really made the Jet d’Eau stand out! The Jet d’Eau is a big fountain that has become a landmark for Geneva, and it is almost always running during the day year-round unless there is a frost. Last August, the fountain celebrated its 125th anniversary! 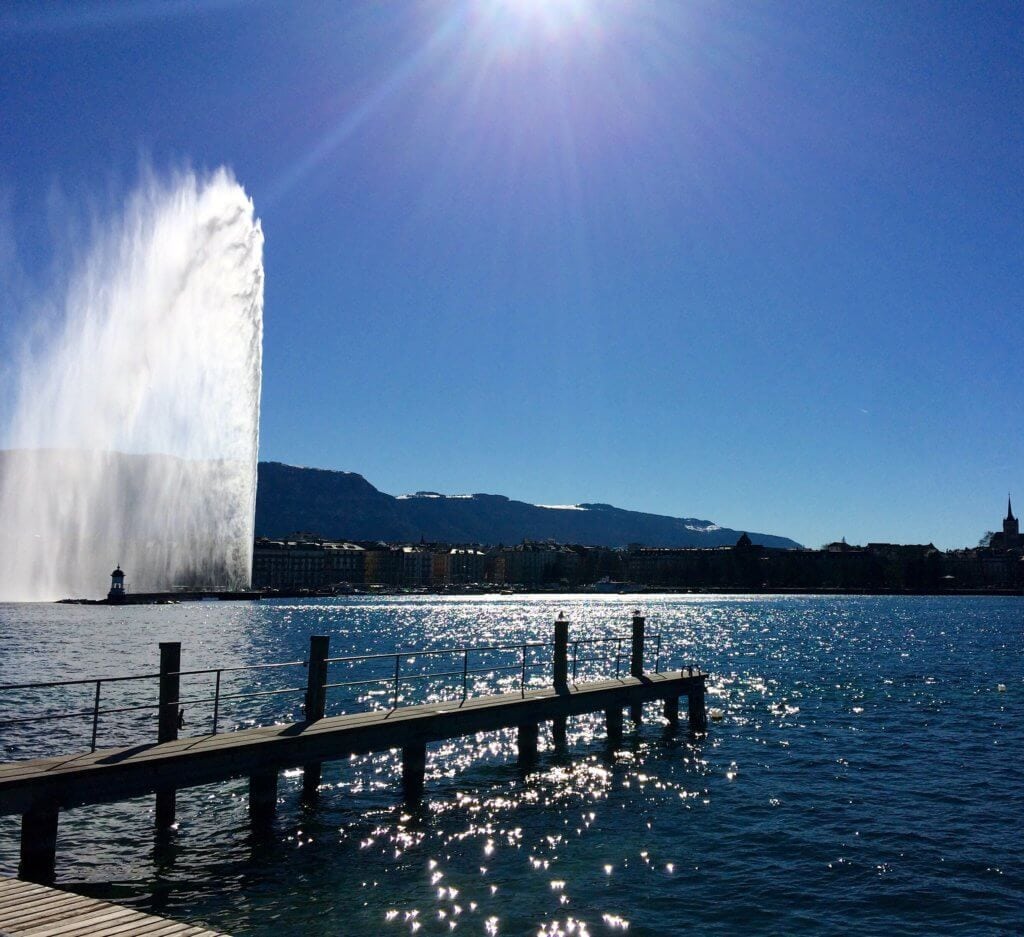 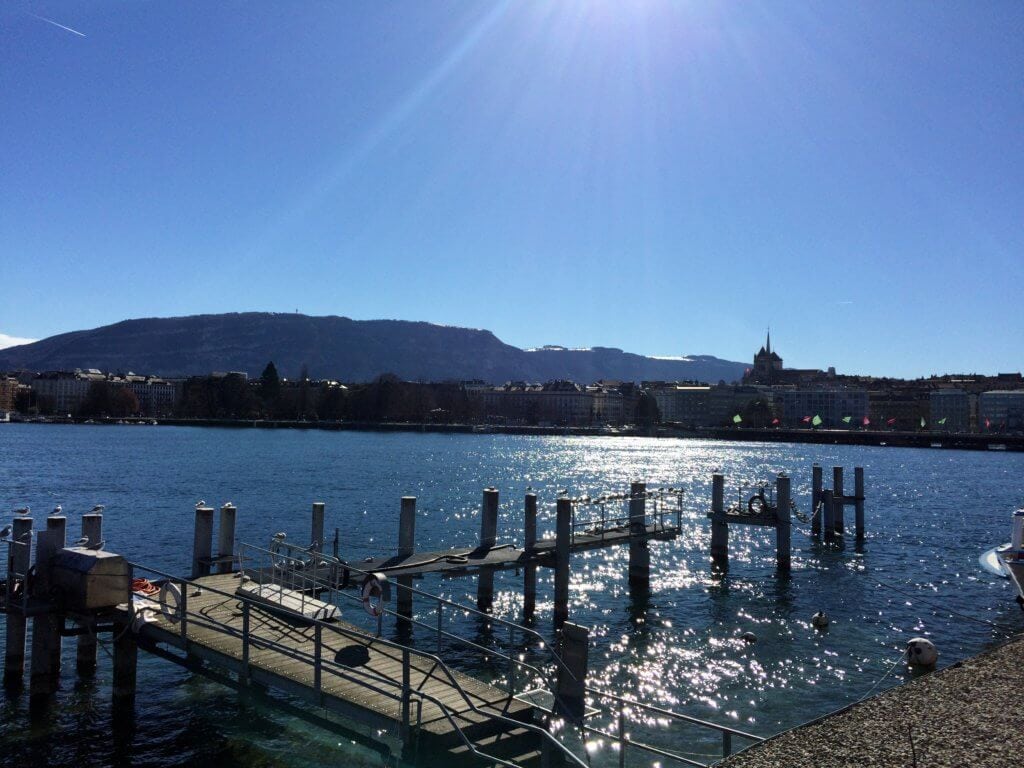 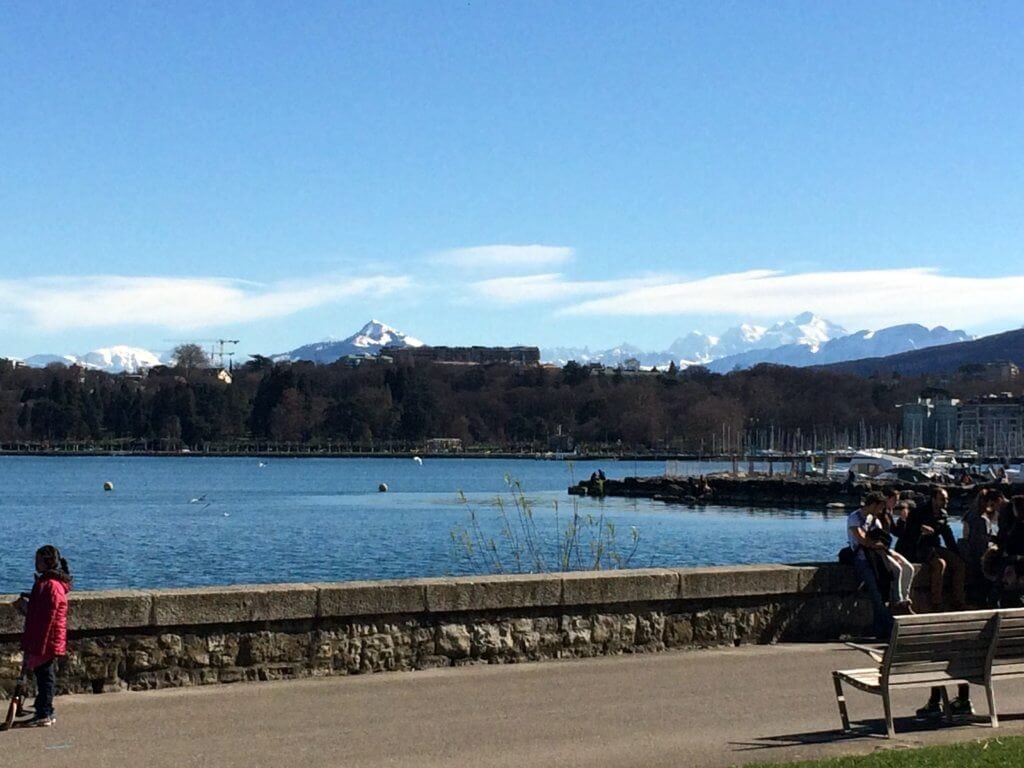 We did two free walking tours through a Swiss walking tour company. One was called the Heart of Geneva, and it was a basic introduction to Old Town Geneva. We both felt like we learned a lot and that it was a good way to see parts of the city that we wouldn’t have been able to see otherwise due to our stay being so short. 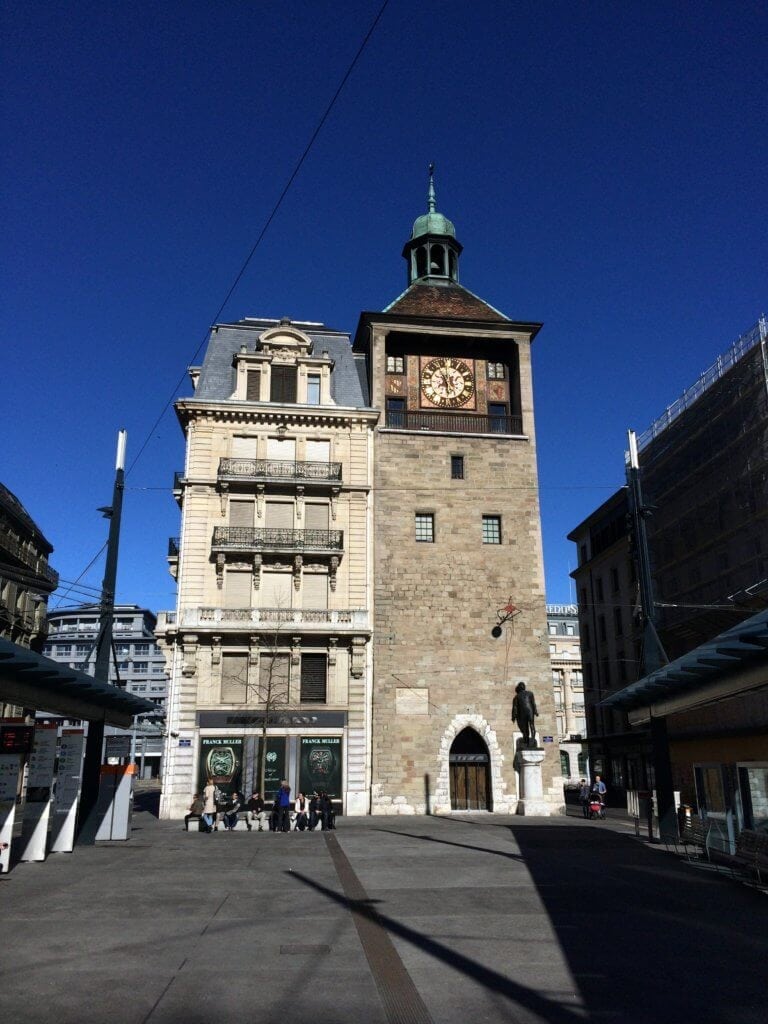 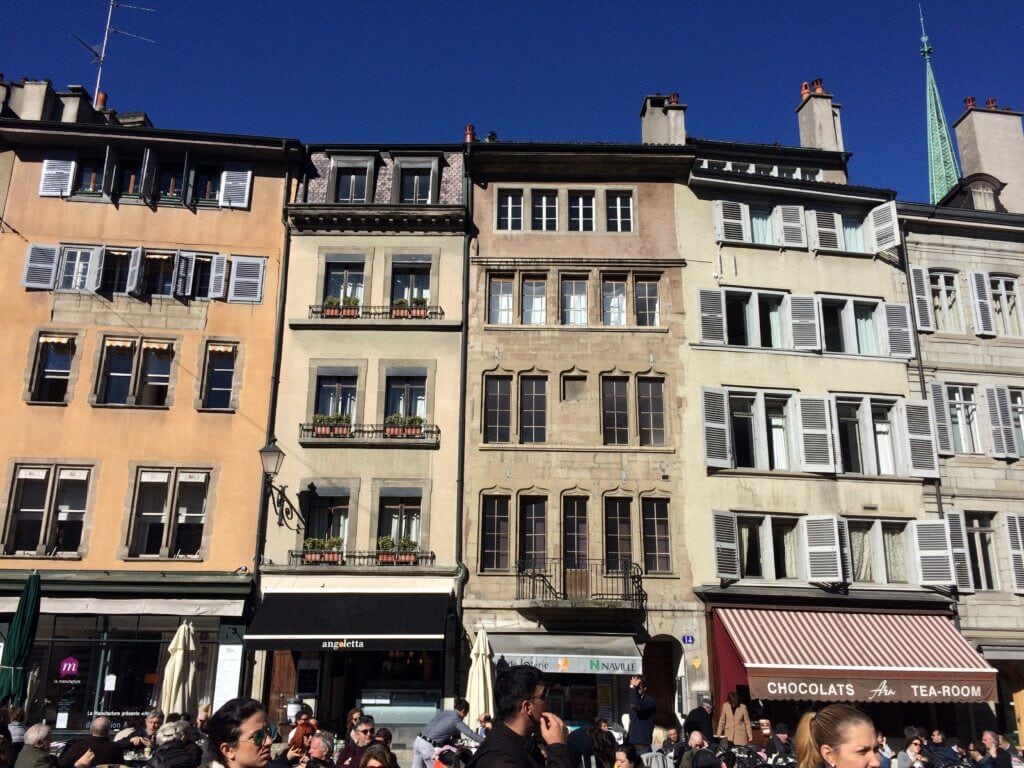 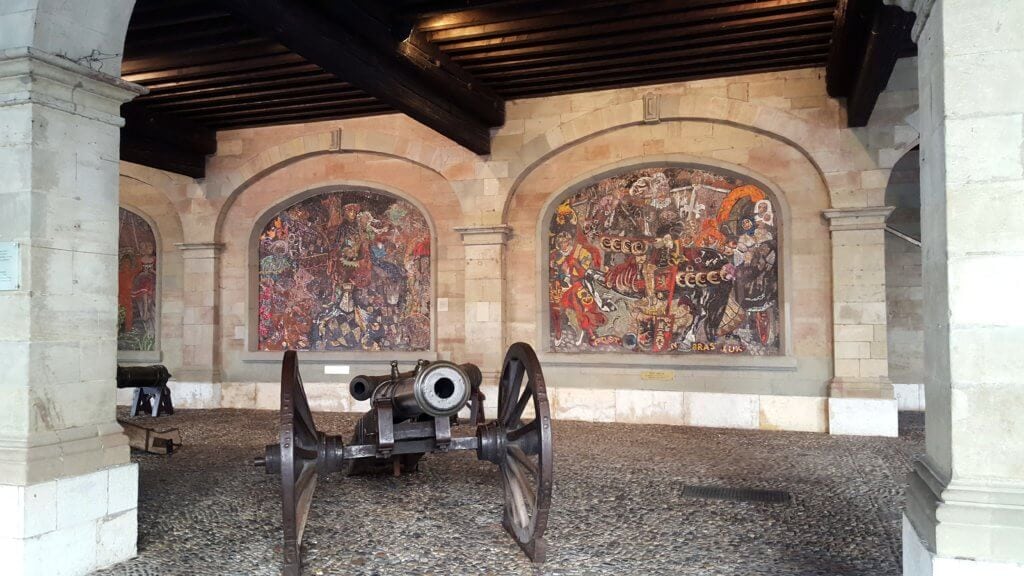 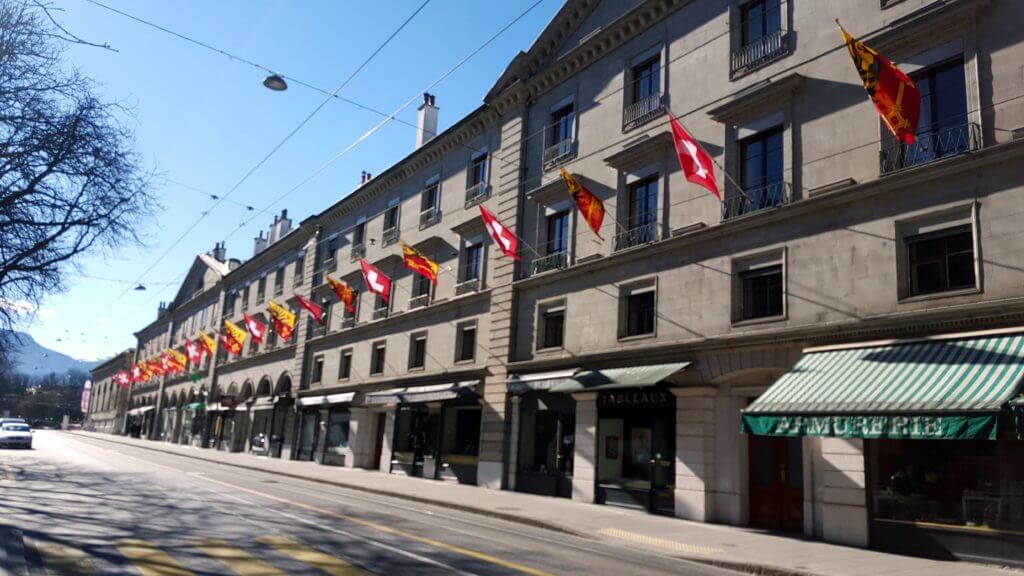 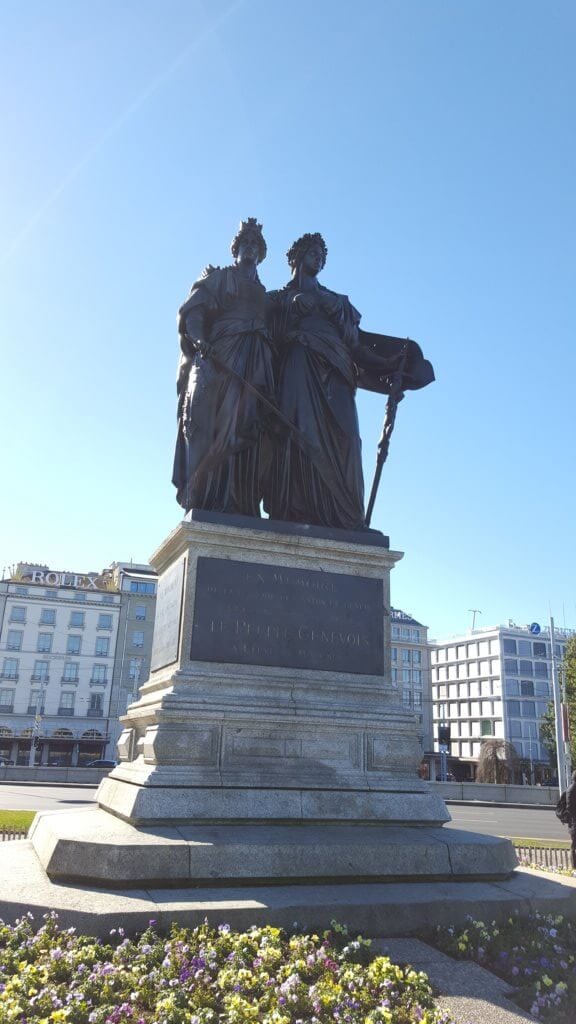 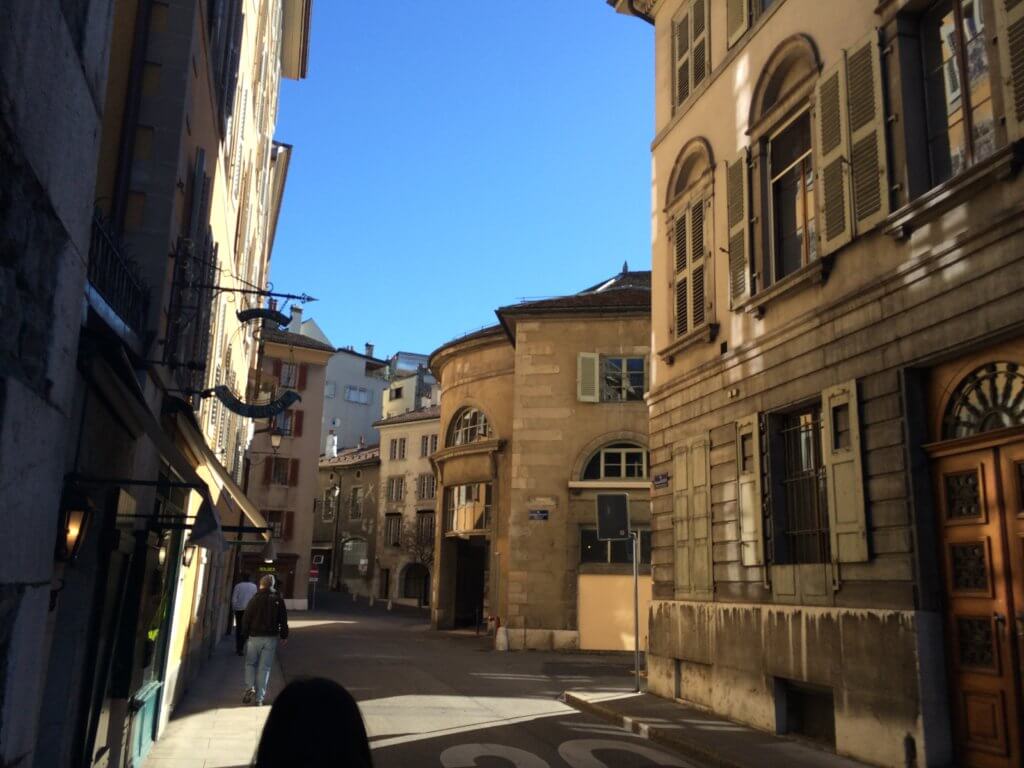 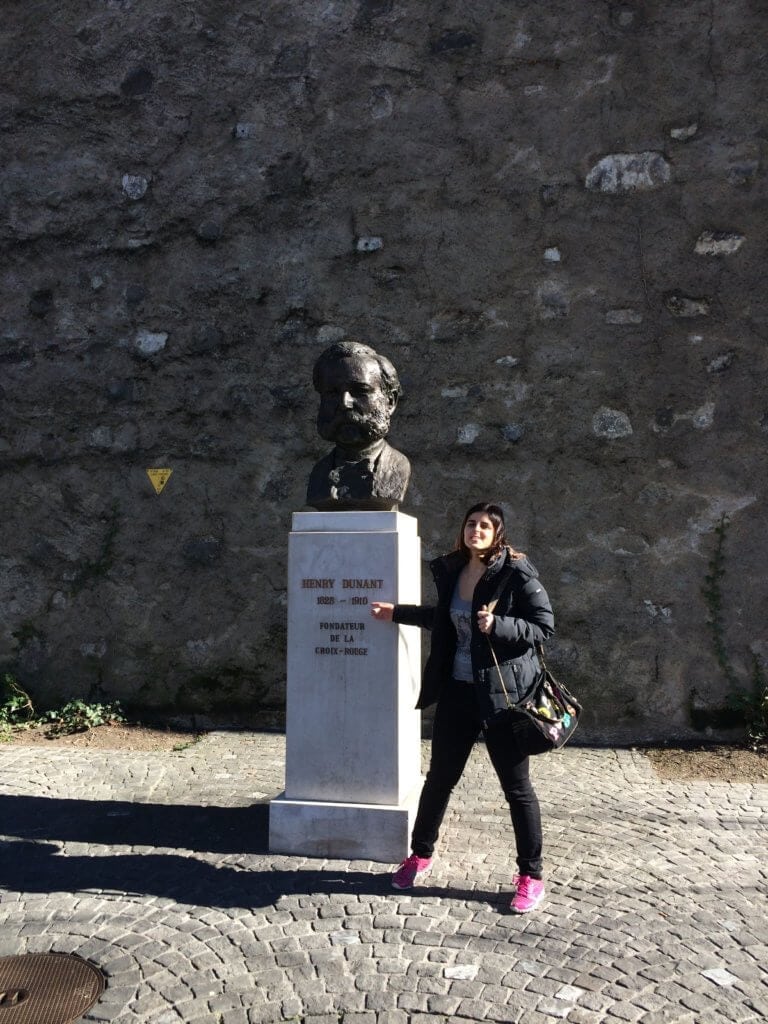 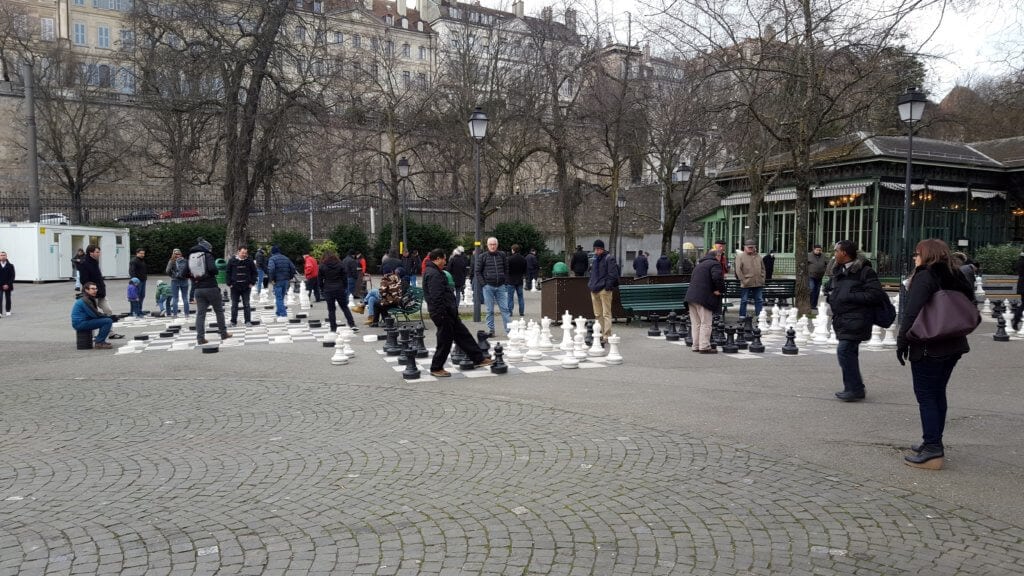 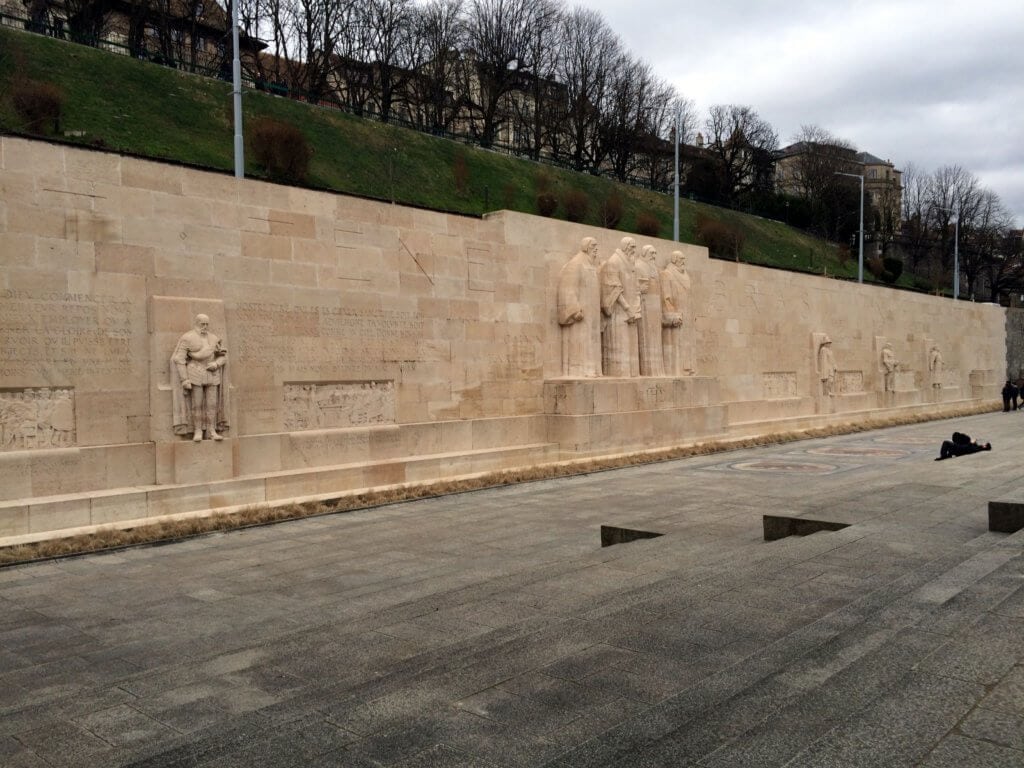 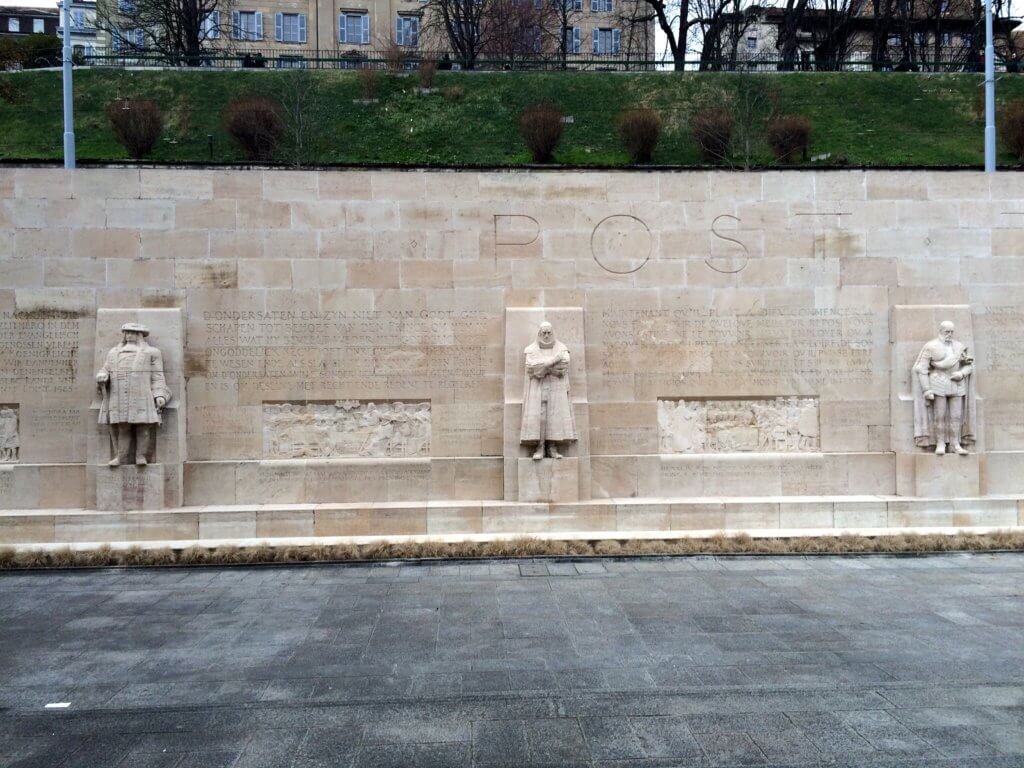 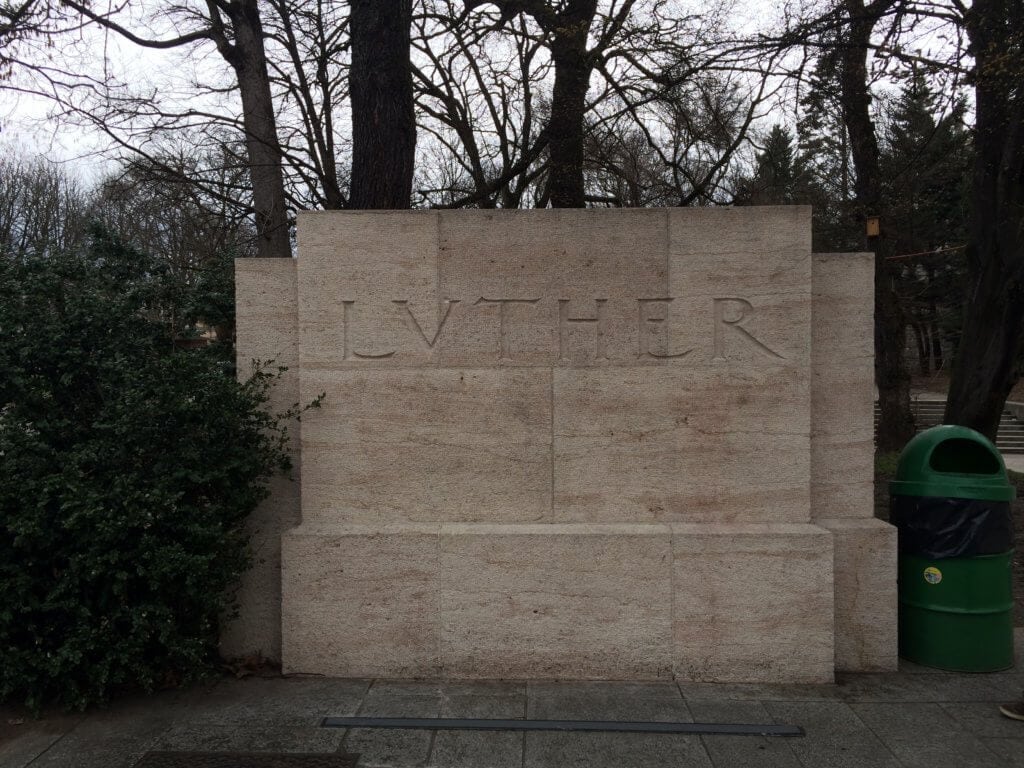 After the morning tour (which lasted about 2.5 hours), we grabbed a quick grocery store lunch and headed over to the meeting point for our second tour. We almost didn’t go to the second tour because we were tired, but we are glad we didn’t skip. The second tour was called the International Geneva Tour and focused on the Geneva as the home of the United Nations headquarters, the World Health Organization, the World Trade Organization, and several other major political organizations. The tour started by the Broken Chair, a 39 foot monument representing opposition to cluster bombs and land mines in response to the Ottawa Treaty, signed in 1997. 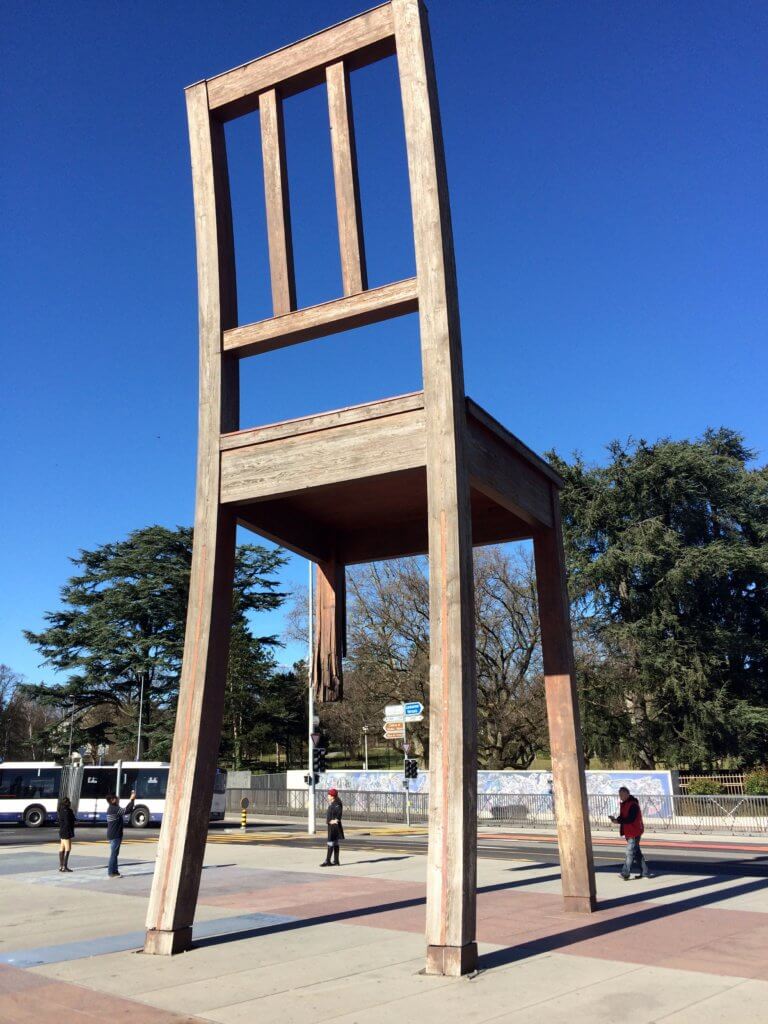 The rest of the tour walked us by the buildings where several of the other major political organizations are headquartered, and the guide shared many historical stories and facts along the way. 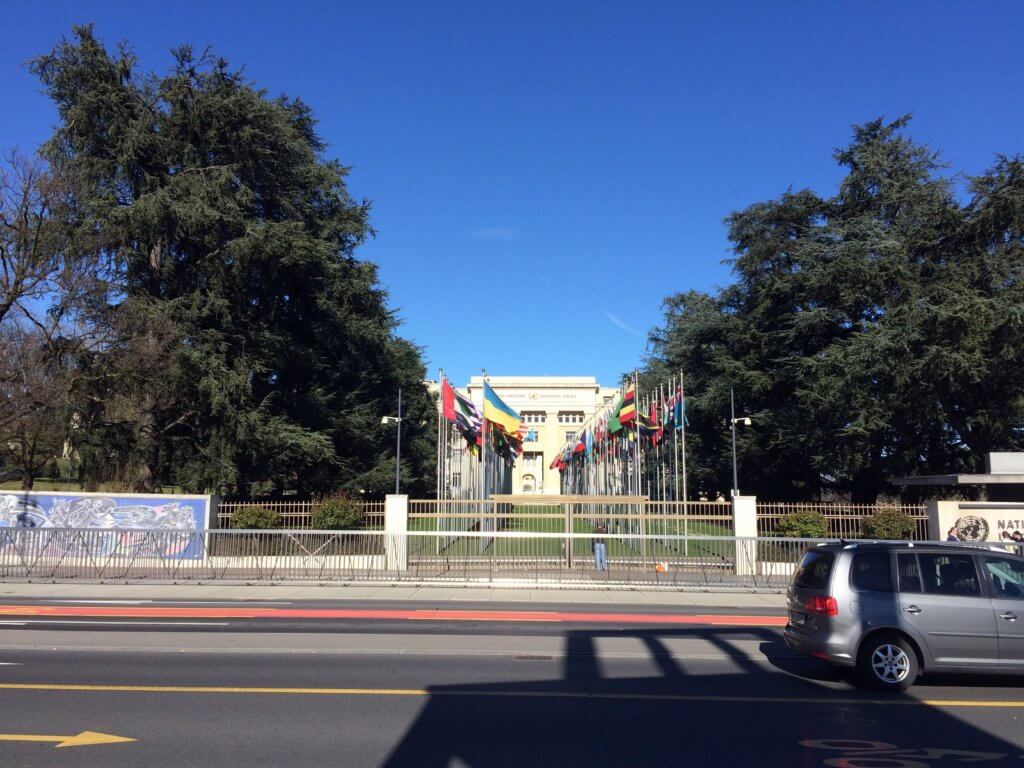 This beautiful flower clock is another of the city’s famous icons. It was created in 1955 as a symbol of the watchmakers in the city. The Swiss pride themselves in their fine watchmaking, a dominant industry in the country. 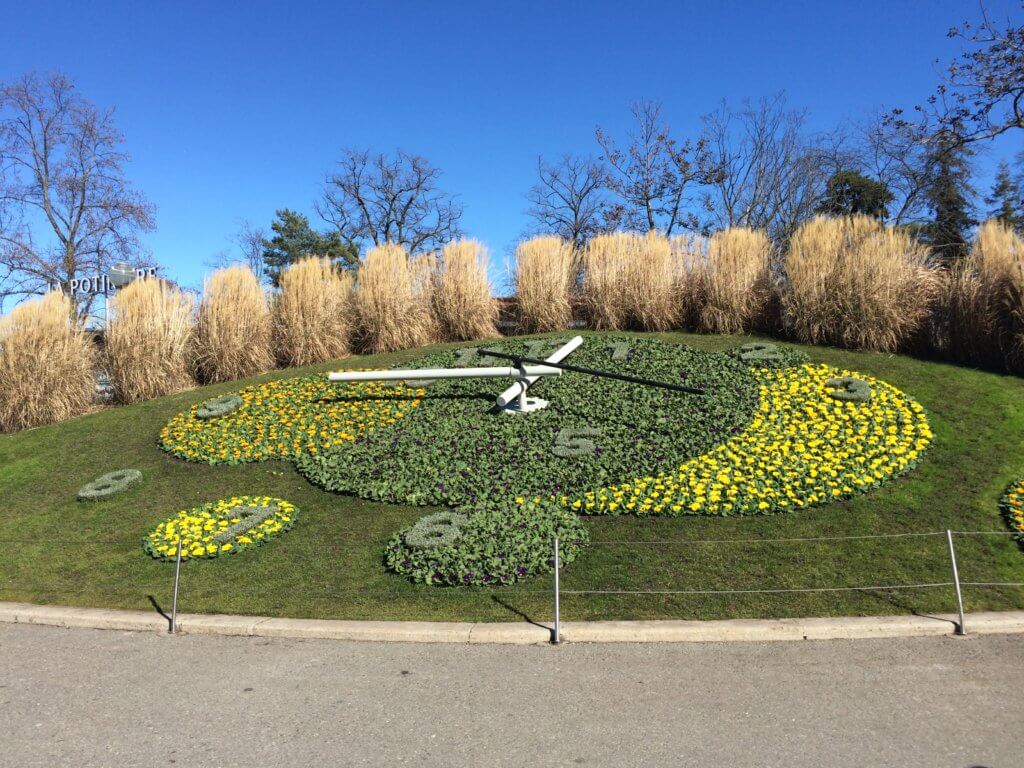 4. Get fancy and visit the Patek Philippe Museum.

We went to this museum thinking it was an art museum or a city history museum, but in fact, it’s a museum showcasing timepieces made by Patek Philippe, a renowned firm of watchmakers. I’m actually glad we didn’t know what it was beforehand, or we probably wouldn’t have chosen to go. We enjoyed walking through all of the fancy exhibits and looking at the priceless timepieces. Some of the exhibits were closed due to construction, but we were able to see most of main exhibits showcasing watches that ranged from antiques to modern-day. Unfortunately, we couldn’t read anything because it was all in French, and we had just missed the daily afternoon English tour, but it was still a fascinating way to experience an important part of Swiss culture.

5. Enjoy a fondue and/or raclette feast!

We went to another fondue restaurant for our final dinner in Switzerland called Cafe du Soleil. This place was a little out of the way, but it was worth the trip. We really enjoyed the fondue, and the restaurant felt less touristy than some of the places we passed by near our hotel. 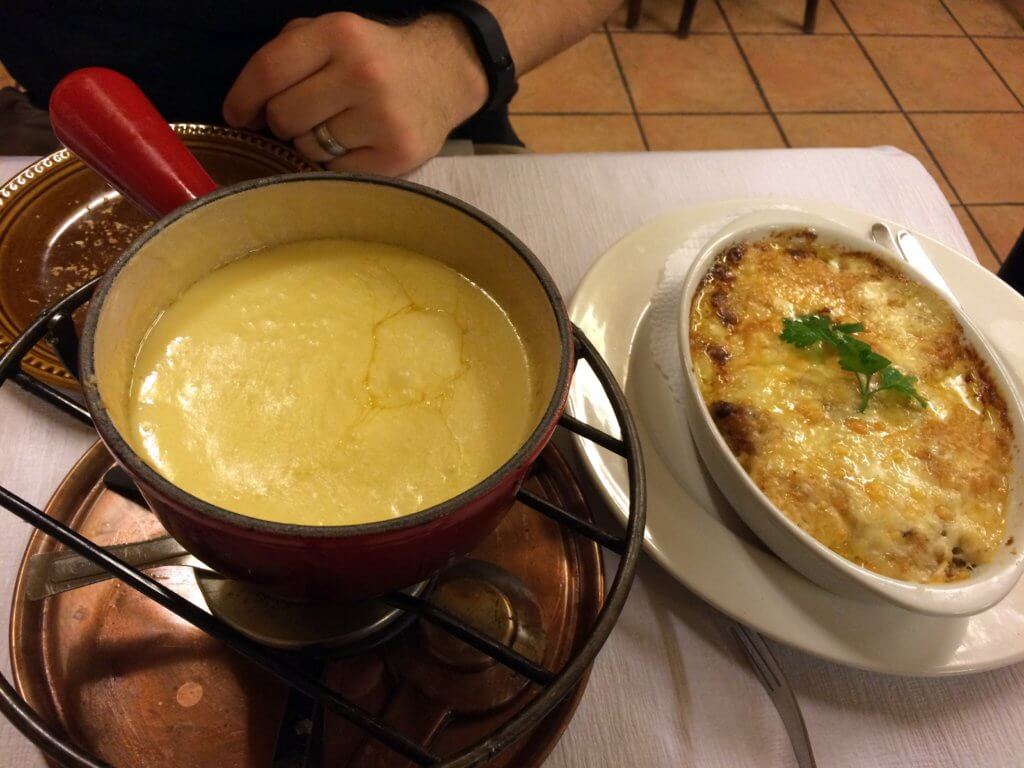 The next day, we had our final lunch in Switzerland at a restaurant serving raclette, Swiss cheese that is melted on a pan and scraped off to eat with an assortment of food items – this place served it with bacon, pickles, and tomatoes. I wanted to make sure we had raclette before leaving Switzerland, so we stopped by a place near our hotel and the train station. It was definitely over-priced, but the food was delicious. The restaurant is decorated like a Swiss chalet which added to the fun! 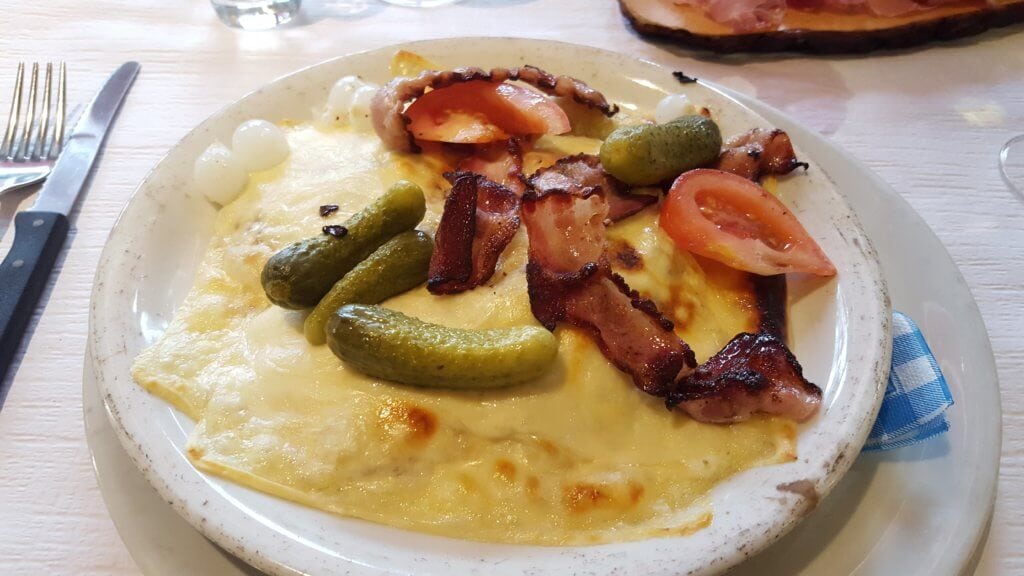 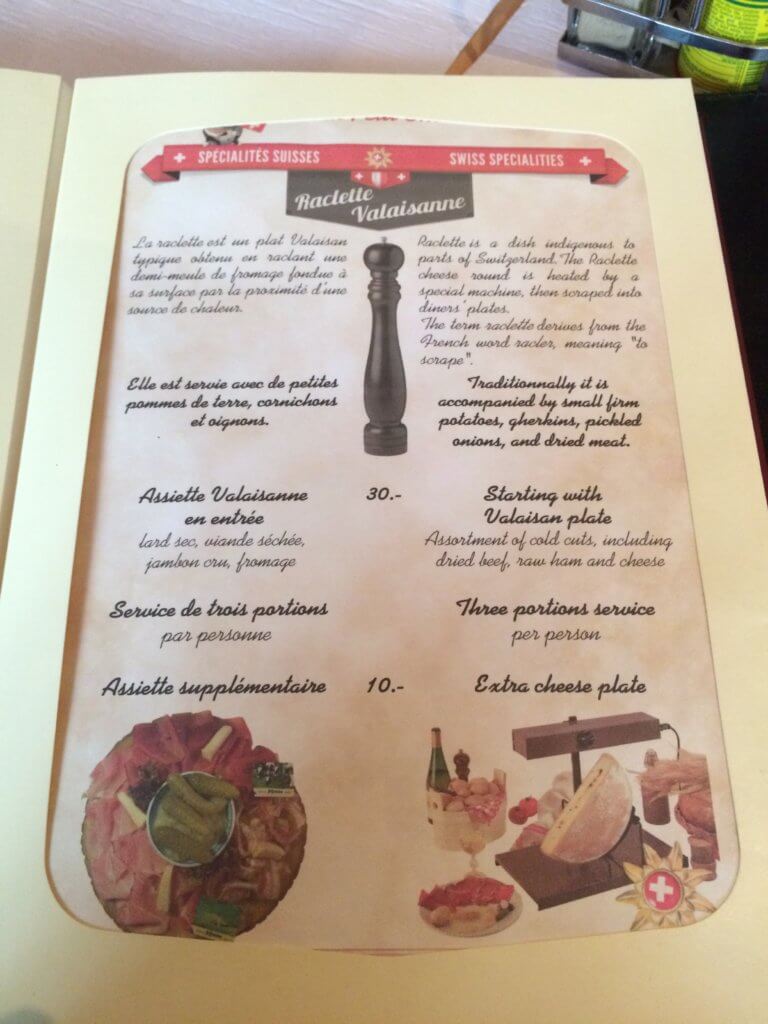 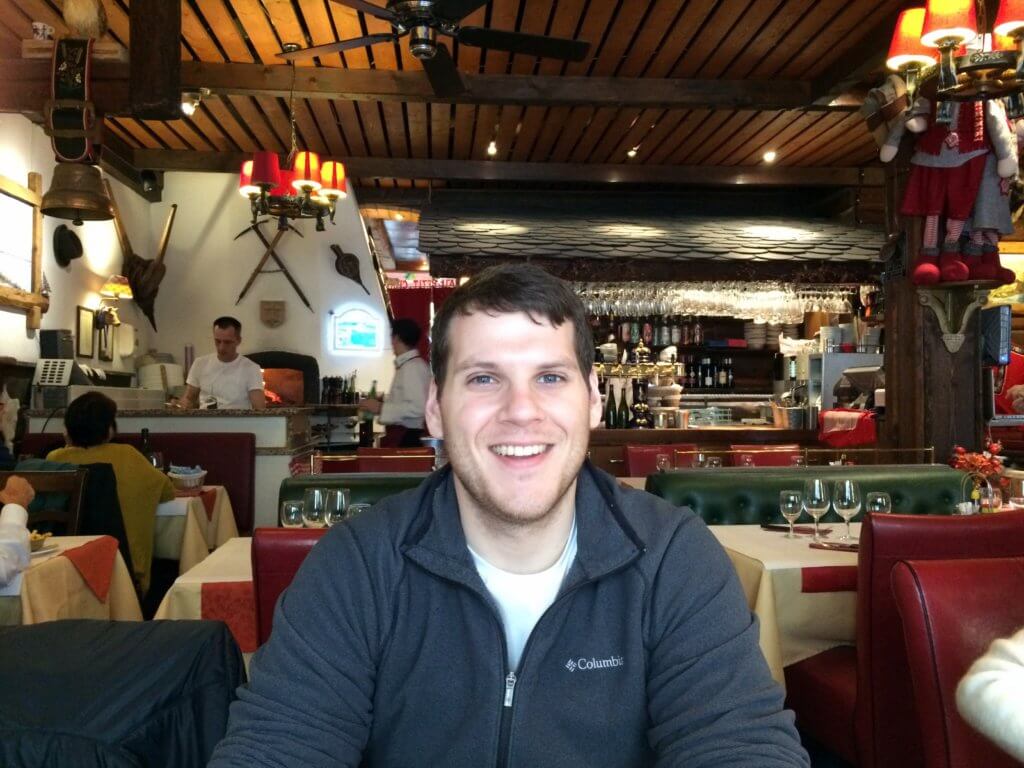 Once we were done, we rolled our bellies full of cheese over to the train station to catch our train into Italy! 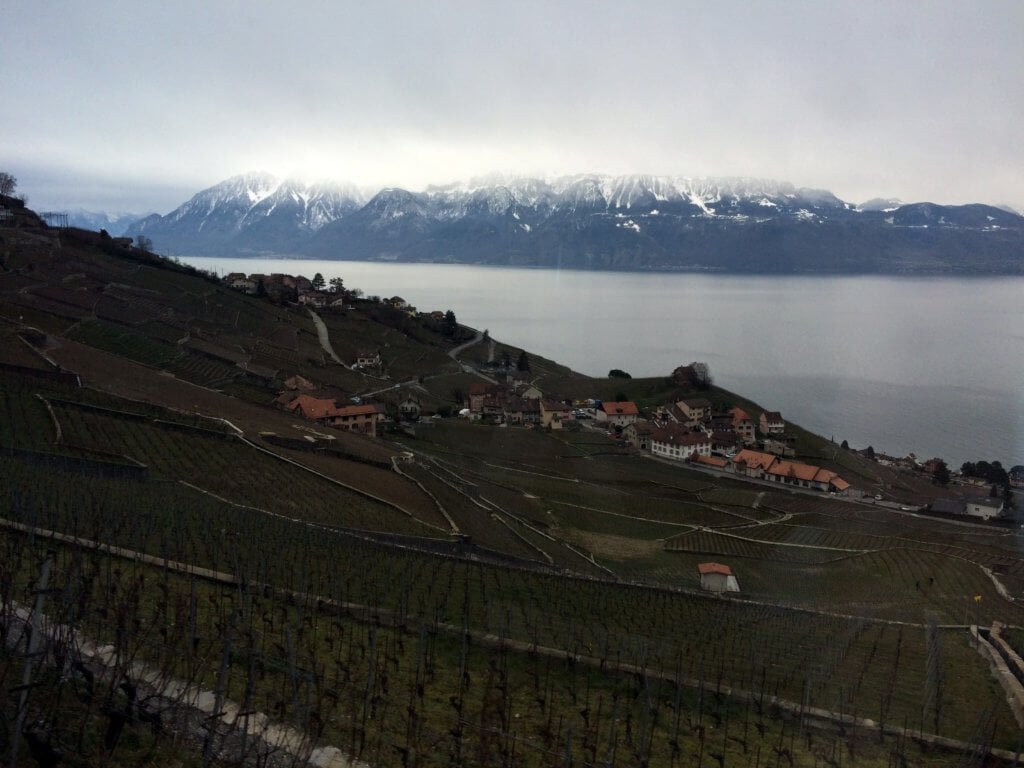 Our time in Switzerland was part of a 2.5 month trip across Western Europe.  Click here to check out all of my posts from this adventure! 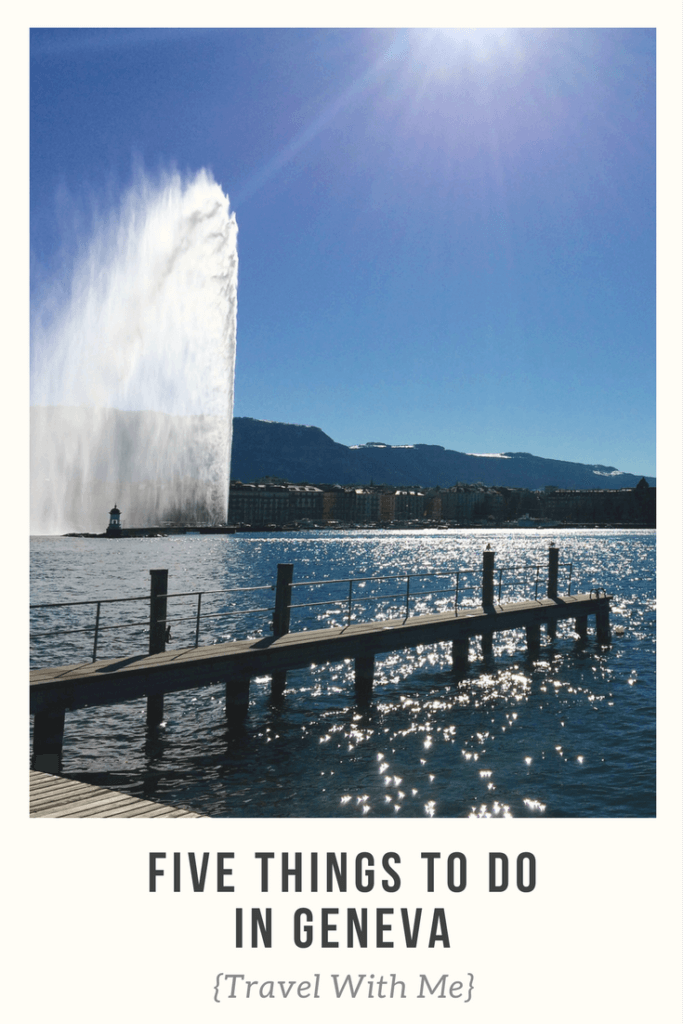