On Monday I go back to work for the first time after nearly seven months of maternity leave. I am so very grateful to have had the opportunity to take extended leave and be able to make my baby boy my sole focus all this time. As I think back through these seven months, it seems that I blinked and they were gone. At the same time, it feels like those extra tough early months are long past and that I’ve had a happy, easygoing baby for ages. 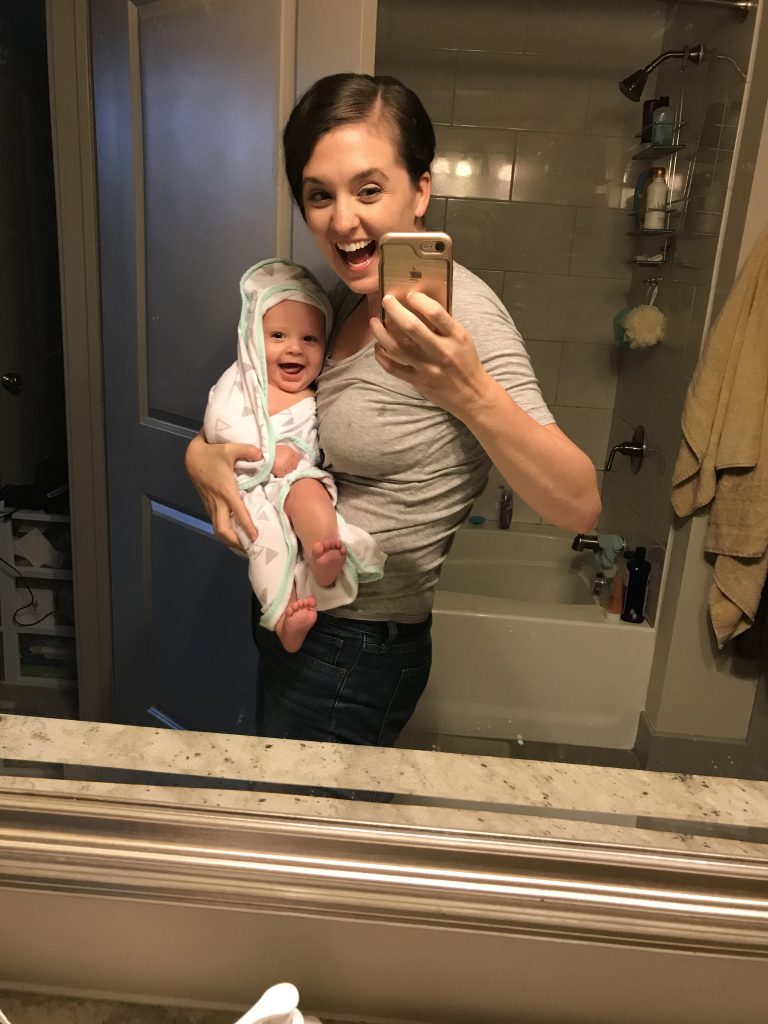 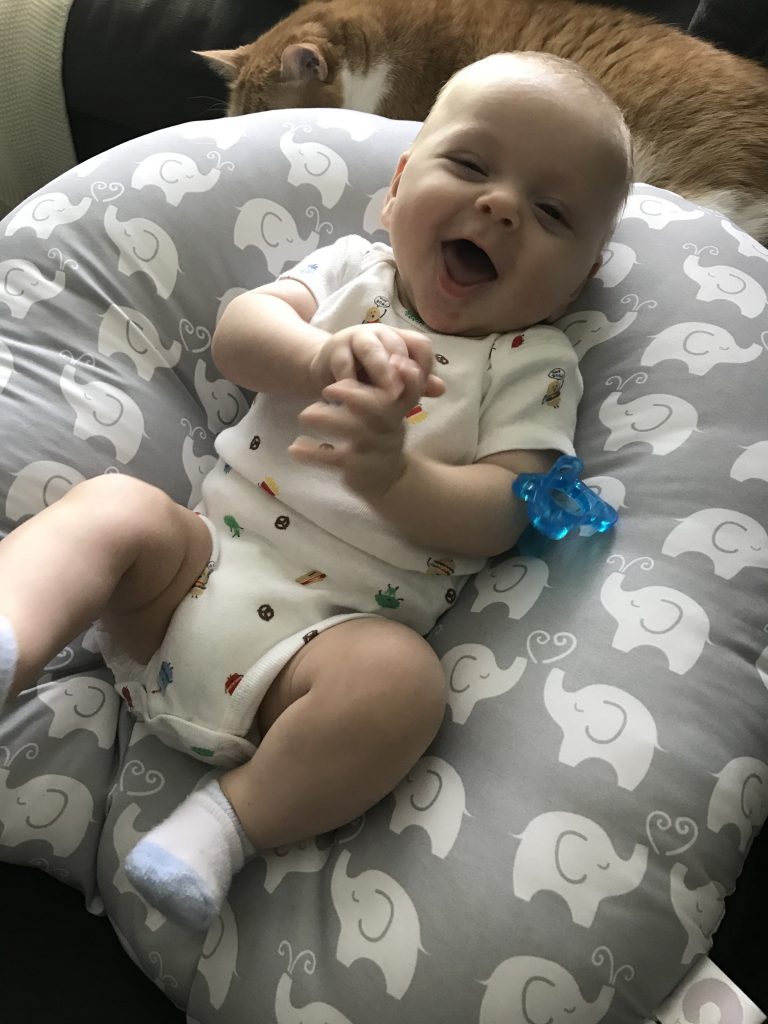 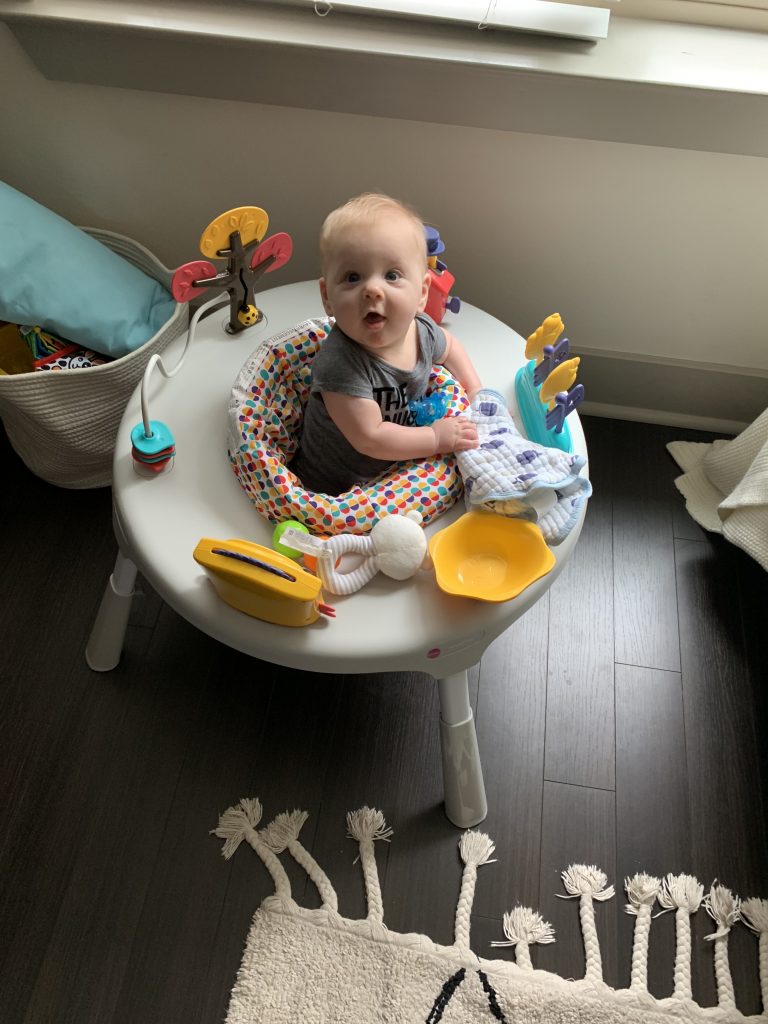 I honestly didn’t start feeling “normal” until about the middle of month five. Months one through three were so wonderful, yet so hard. Something clicked and everything became so much easier starting in month four. Carson reached a healthy weight percentile. He started sleeping through the night and taking longer naps. He started smiling and giggling all the time. We finally made a firm decision on a feeding plan after stressing for months about what was best for our baby.  I was a lot more comfortable going on solo outings with Carson, so we started weekly grocery and Target trips, more frequent play dates, and many walks along the Lady Bird Lake trails. 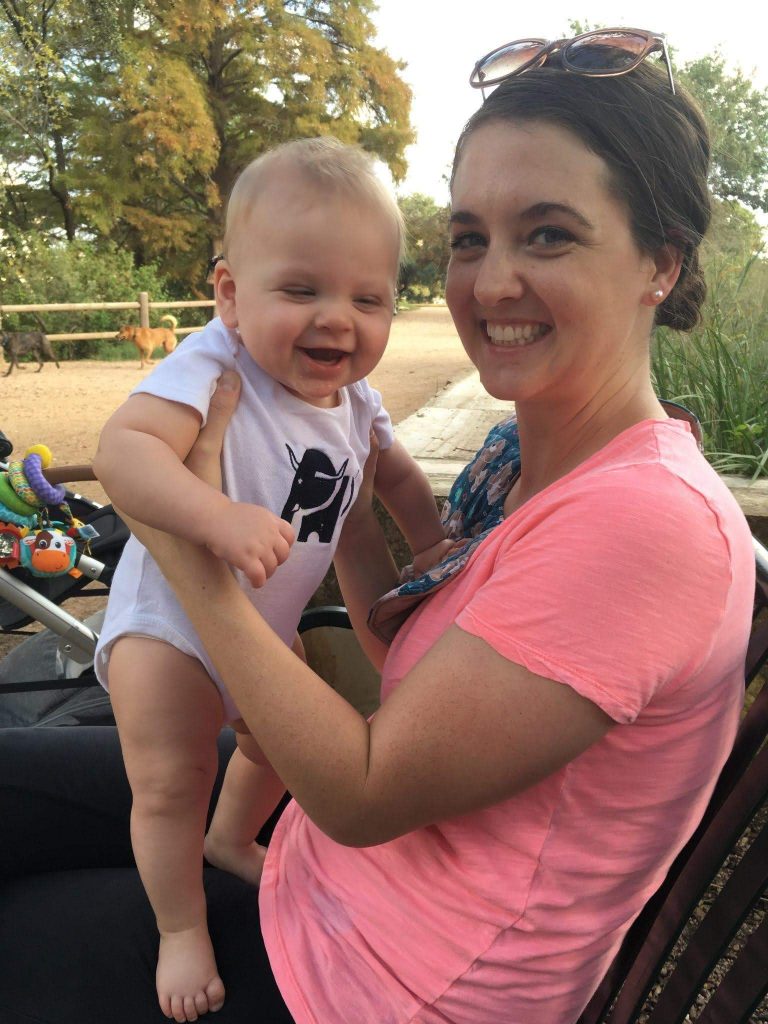 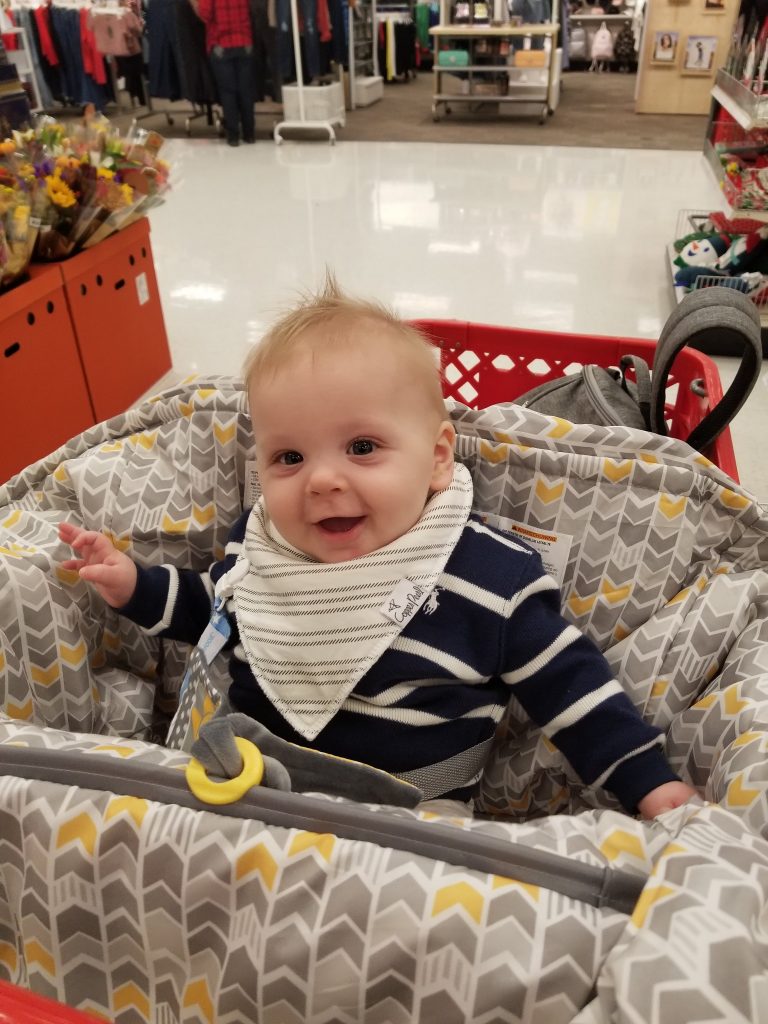 Months five and six have been my favorite. Carson is such a happy baby. He loves seeing new people and taking in all of his surroundings. He can now sit up on his own and has started playing with toys independently, sometimes for as long as ten minutes. He is army crawling already (I can hardly believe it!). He really loves trying new foods – he currently has oatmeal for breakfast and some sort of fruit/veggie puree for lunch and dinner (in addition to his milk). Carson has so much fun at his swim lessons with his sweet baby friends, and bath time is basically his favorite time. I think he is a future musician because he loves listening to music, his toy piano keeps his attention most days, and he couldn’t stop staring at the drummer during a baby music class we went to for Halloween. 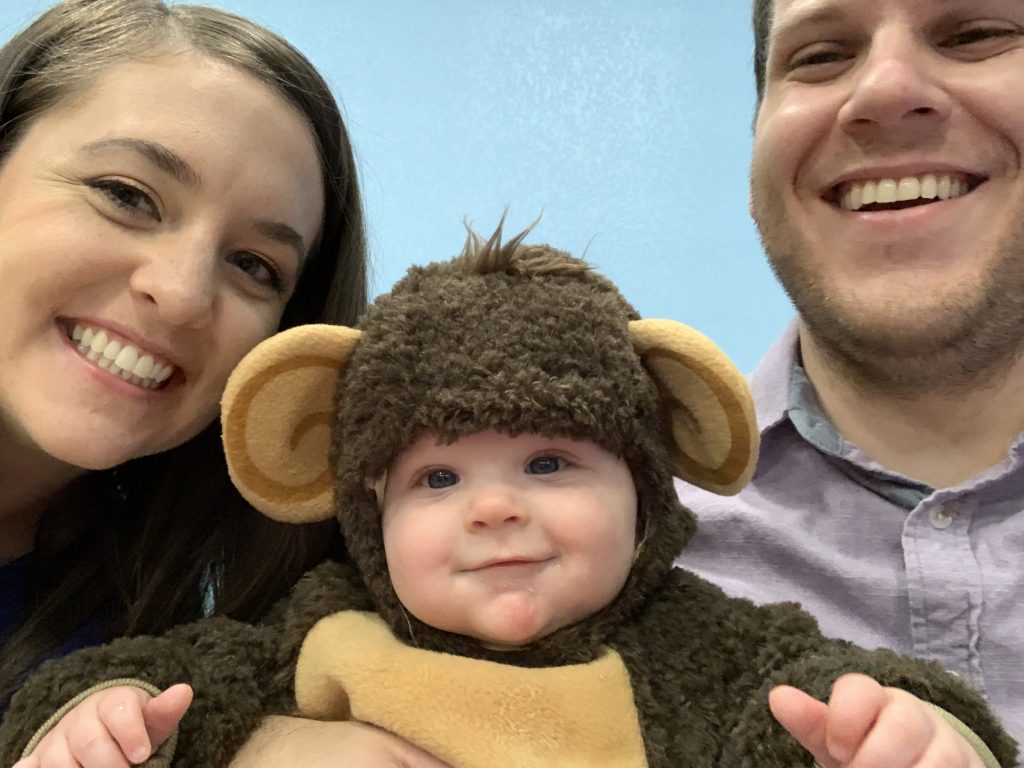 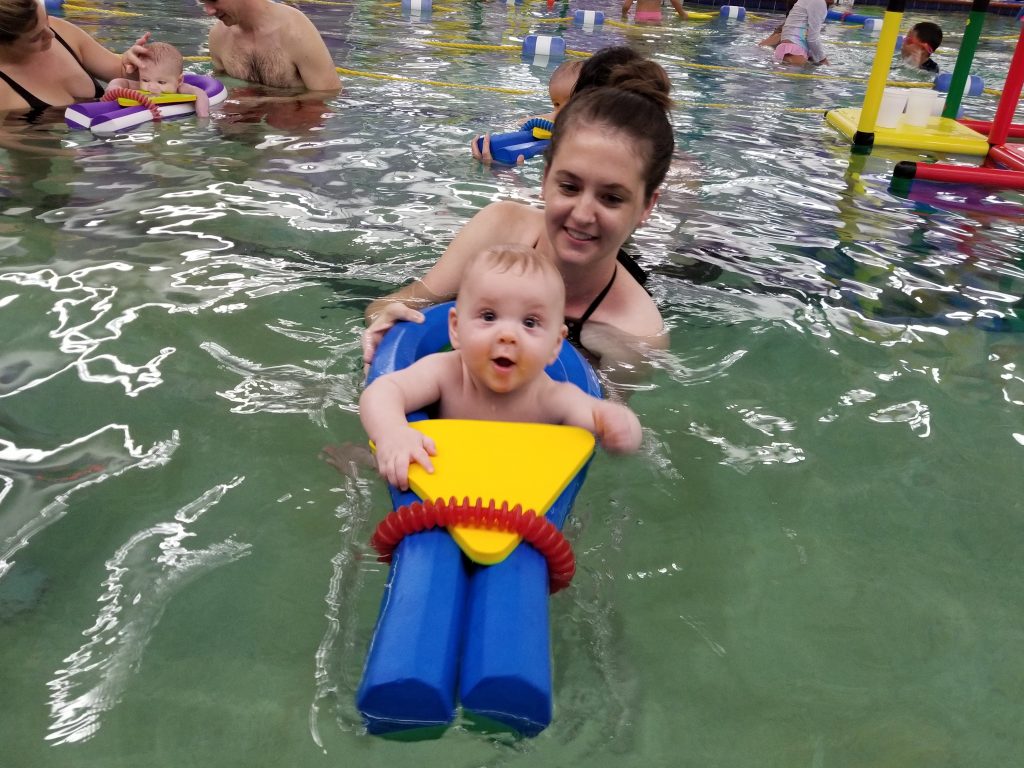 A typical day during month seven of maternity leave looks like this:

I get up around 6 and Carson gets up around 6:45. Carson takes a bottle and then we play and read books until it’s time for his oatmeal breakfast around 8. Shortly after breakfast, Carson is ready for his first nap. Carson hasn’t fallen into much of a regular nap routine yet, so his first nap is often only half an hour but can sometimes go for up to two hours. I try to eat breakfast and get ready during this nap, and if he sleeps long enough, I’ll start doing some house cleaning during this time. After his first nap and second bottle of the day is when I try to get us out of the house to do something (but if his first nap is super short, I usually wait to go out after his second nap).

During our outings, we take a trail walk, go to the grocery store, walk to a coffee shop, meet a friend for a playdate, etc. After that, Carson is more than ready for some fruit for lunch and nap number two. The second nap is usually the longest nap of the day, so I try to do some more cleaning during this time or do something fun like work on his baby book, read a book, or watch a TV show. When Carson wakes up, he has his third bottle of the day, and we play some more and maybe walk down the hall to check the mail and wave to the people at the front desk. Depending on the timing of his second nap, he may need another nap before being up for the evening around 5:45.

Carson eats some veggies around 6, and shortly after that, Daddy comes home! This is Carson’s hyper time. He loves being tossed around and playing with Daddy. We start the bedtime routine at 7 these days – bath, book, bottle, songs, prayers, bed. He is usually very ready for bed after wiggling around in his crib for a few minutes. Right now, Daniel and I usually eat dinner after putting Carson to bed, watch a show, and then do our own thing before going to sleep around 10:30.

As you can see, I’ve kept things pretty low-key during maternity leave. In addition to the normal days, we have taken Carson to Chicago and Nashville, and we learned he is a great traveler! We’ve done several trips to my parents’ house in Waco and Daniel’s parents’ house in Fort Worth. Carson has visited several times with four of his great-grandparents. We got to take him to a couple of Baylor Homecoming events. We had Carson’s dedication ceremony at church last Sunday which was a very special way to close out maternity leave. 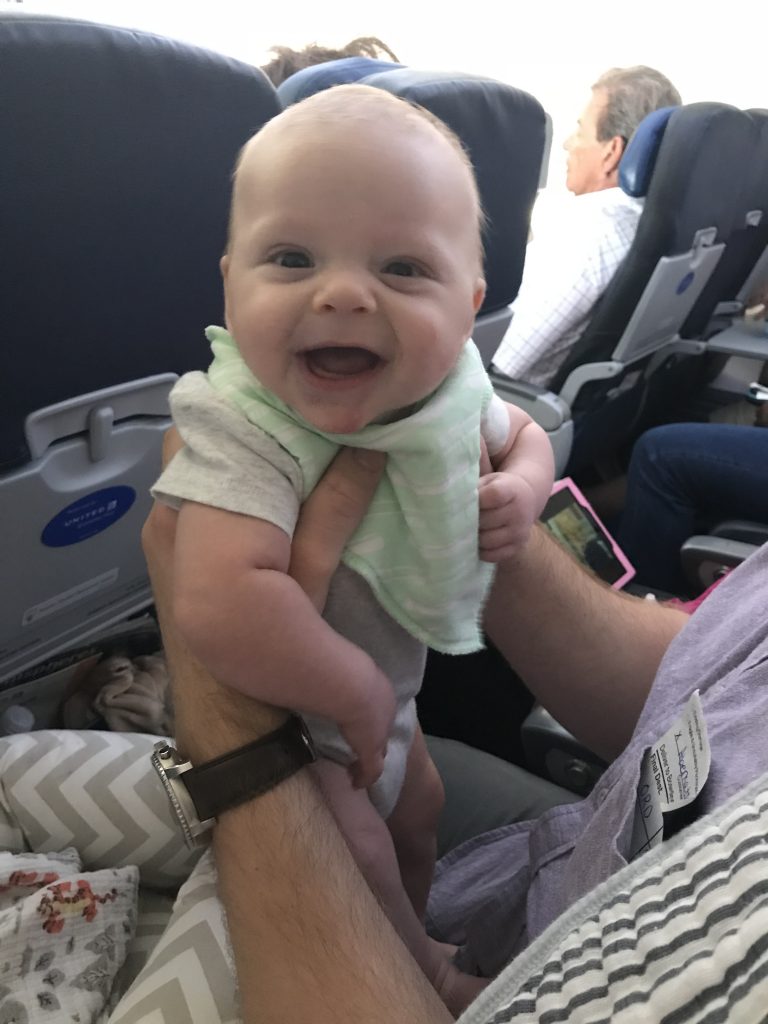 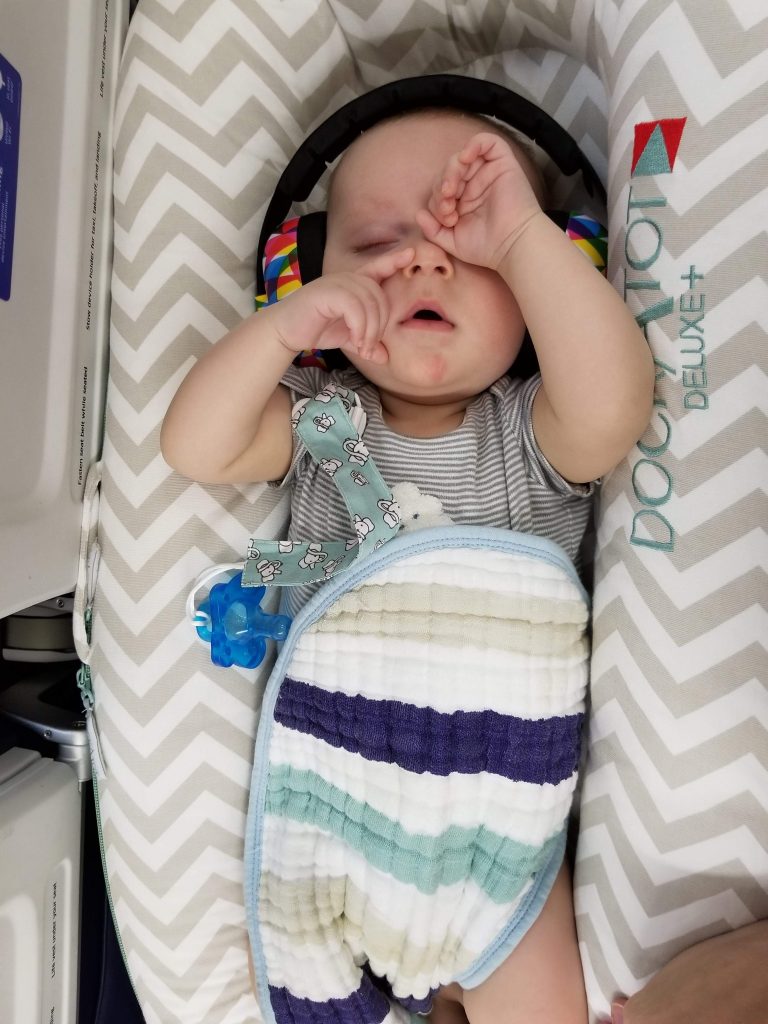 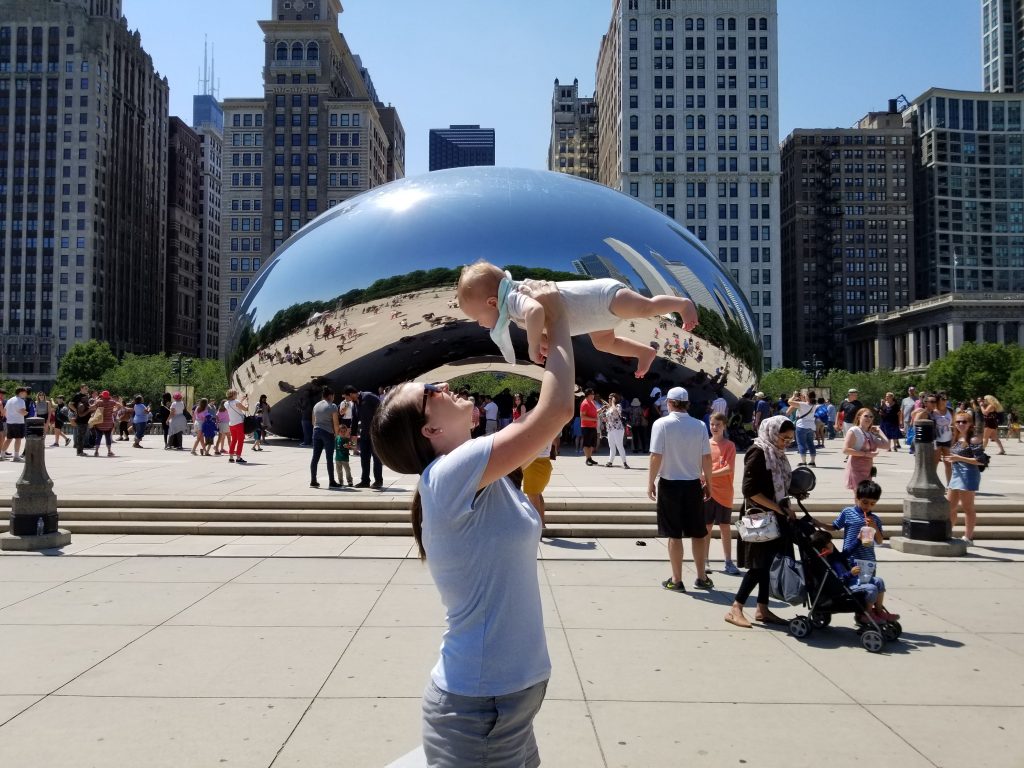 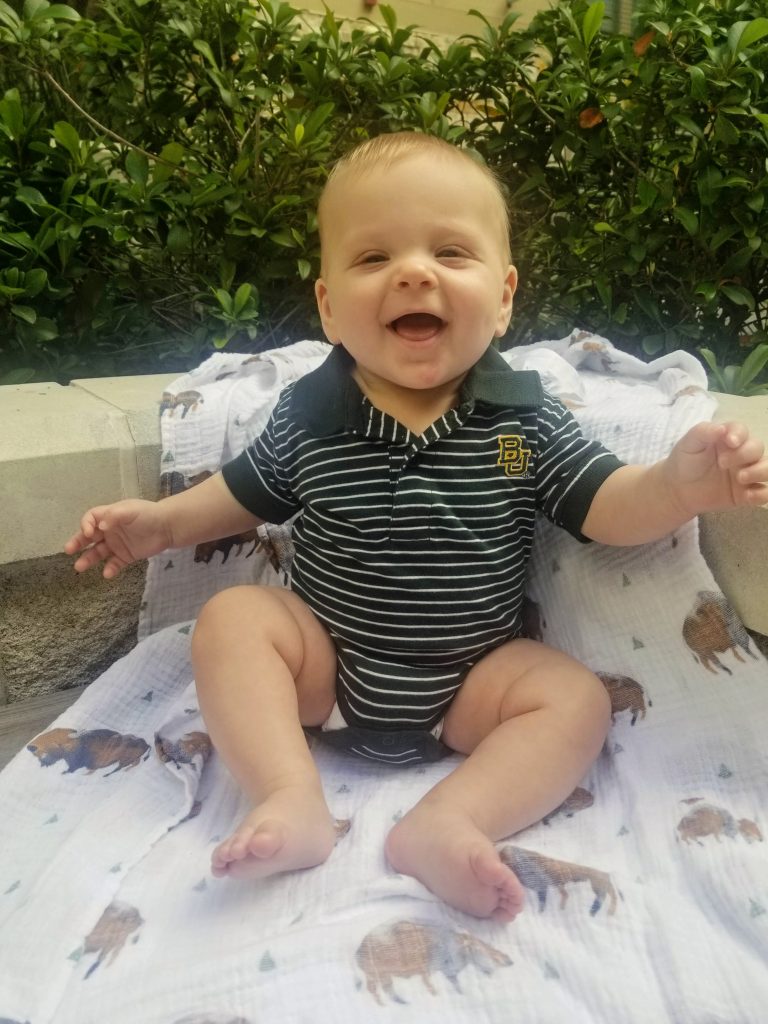 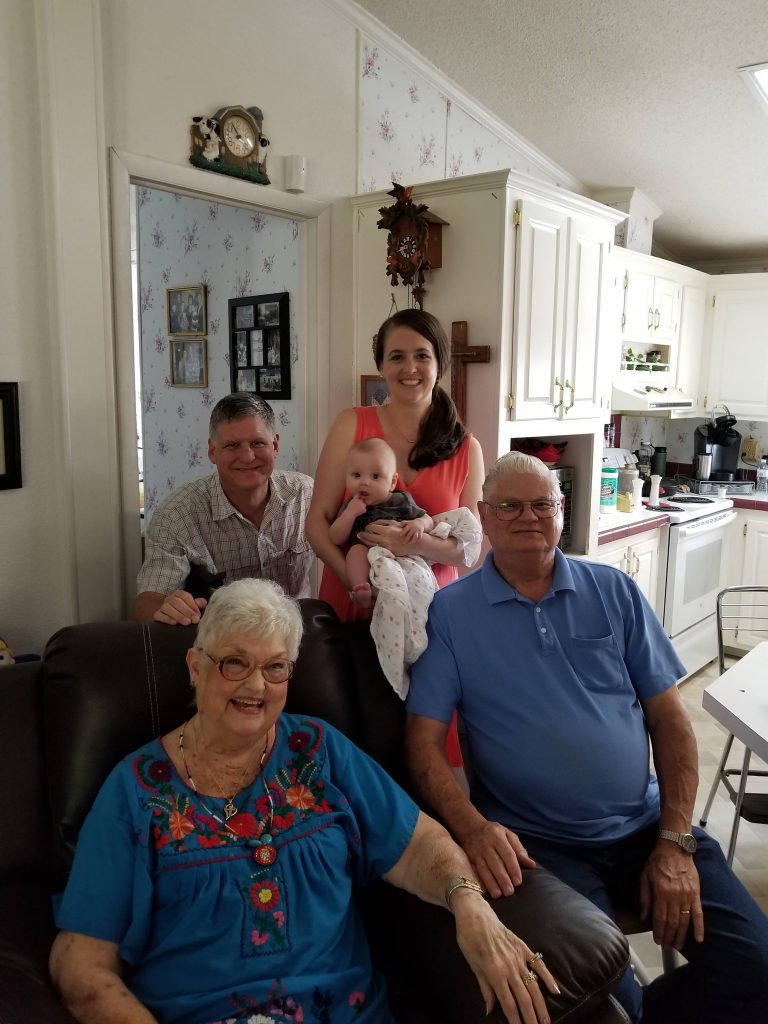 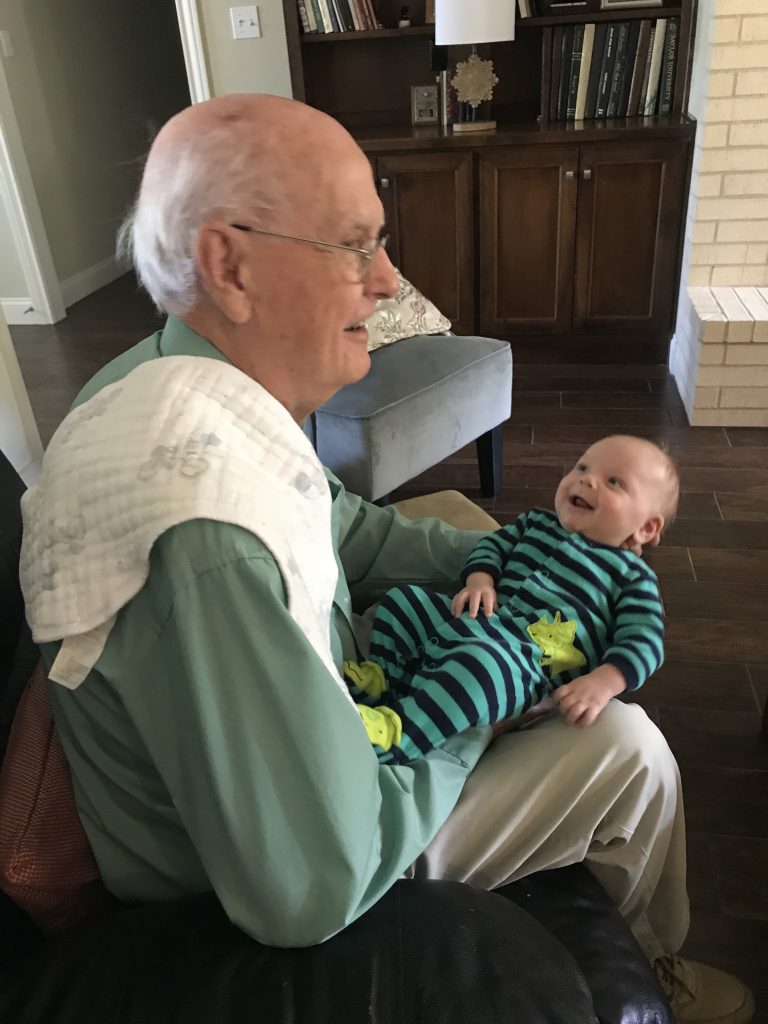 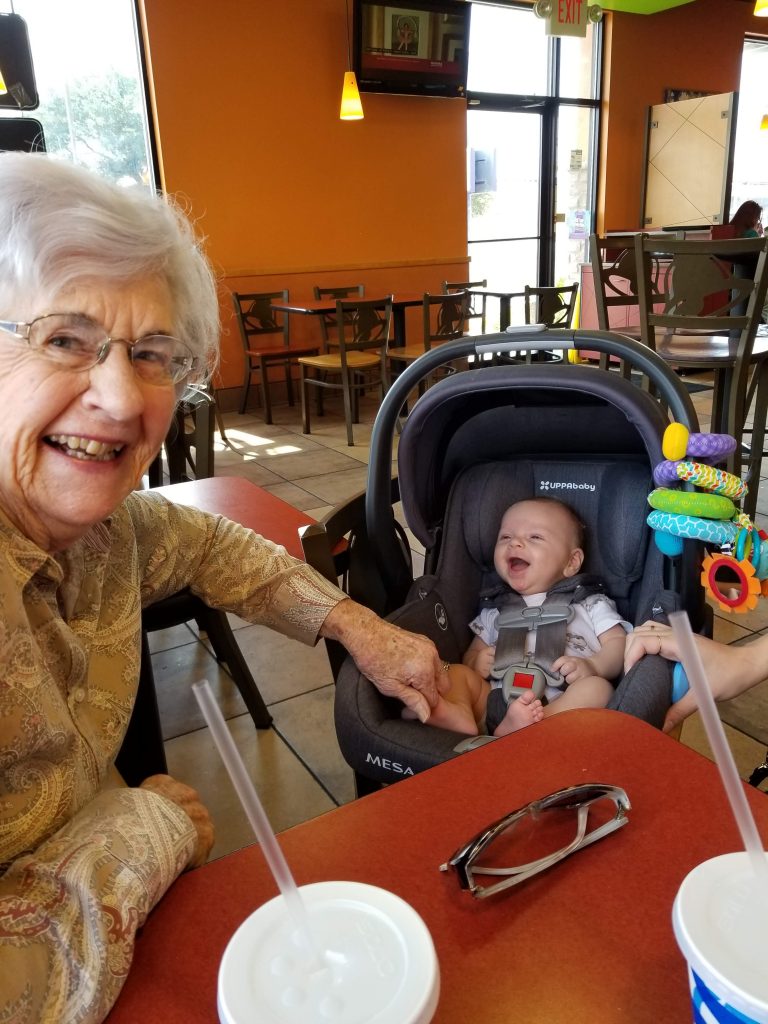 Daniel and I are very fortunate to have had lots of help and support from our family members. My mom comes often to take Carson for 24 hours at a time, and I use this time to sleep and get things done. We’ve also taken both a three-day trip to San Diego and a one-night trip to Dallas without Carson – which was fun and relaxing, but we missed our little guy a lot! 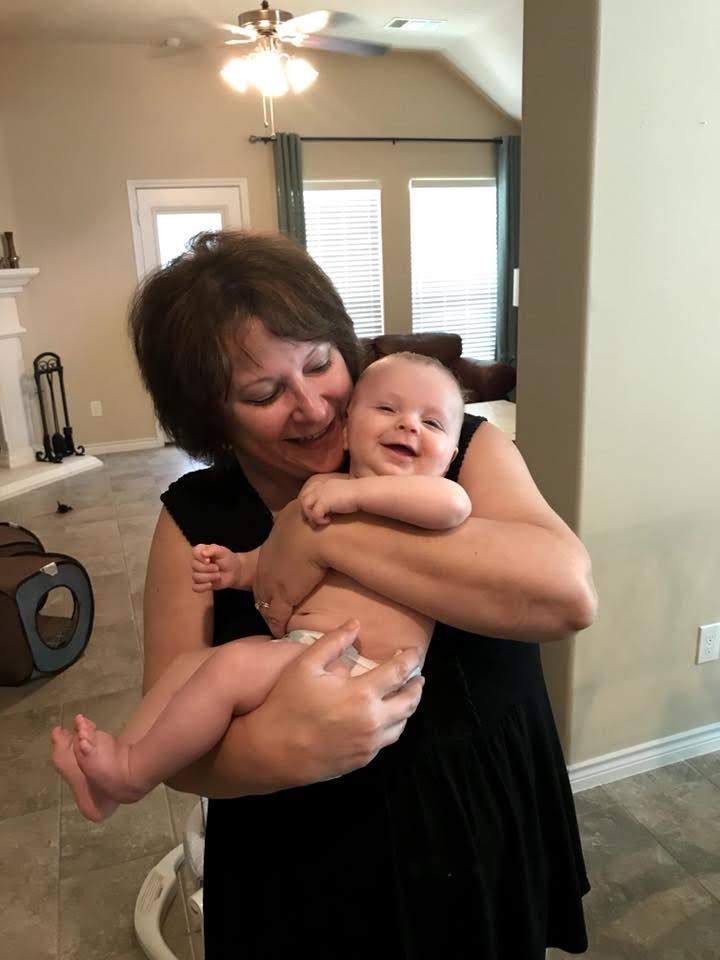 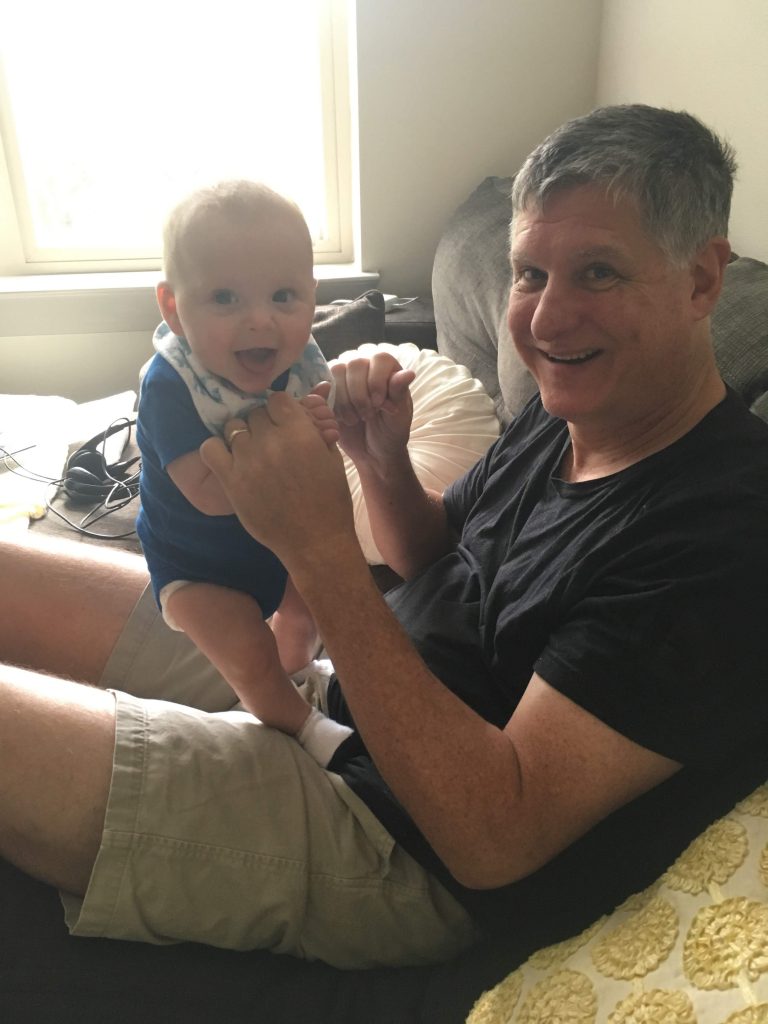 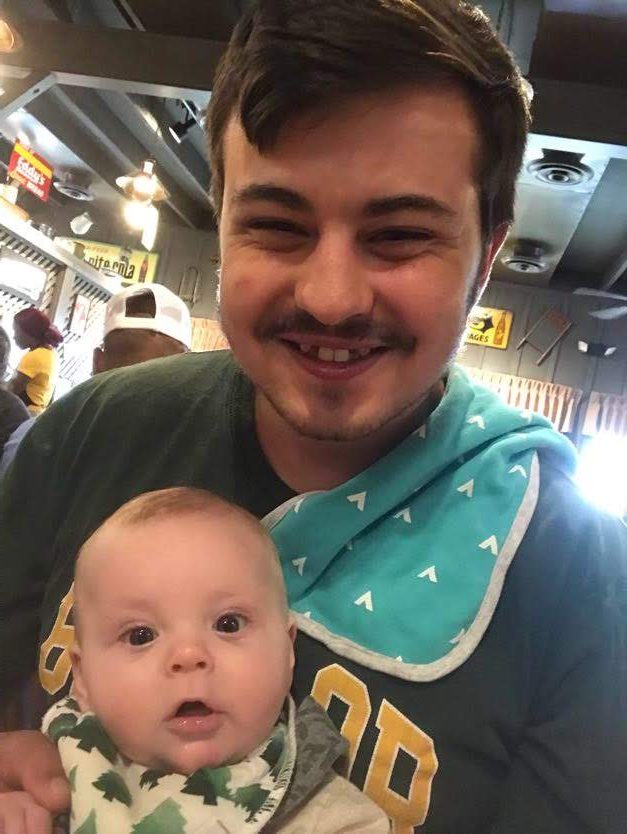 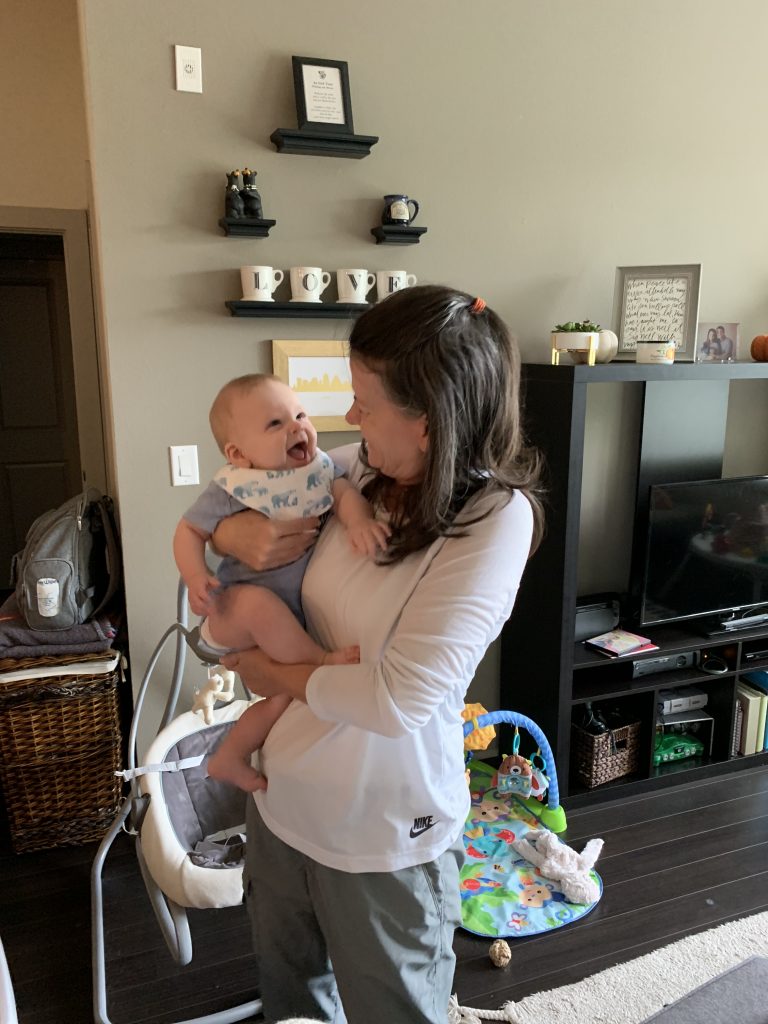 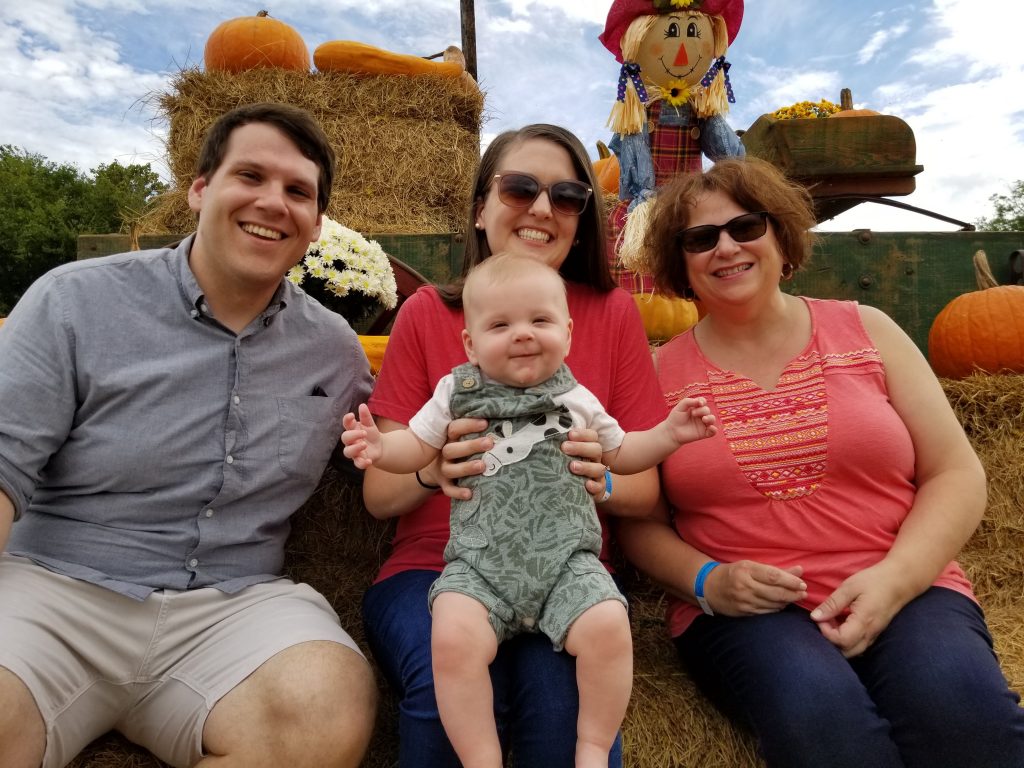 While I am sad to see this chapter close, I am going back to work part-time, so I know that I will still get lots of special time with my baby. Carson will have a nanny until we move next year and then we will probably put him in daycare. In fact, he is having a practice day with his nanny right now as I work on this post at a coffee shop across the street. We are thrilled that we were able to hire a friend of ours to be his nanny. 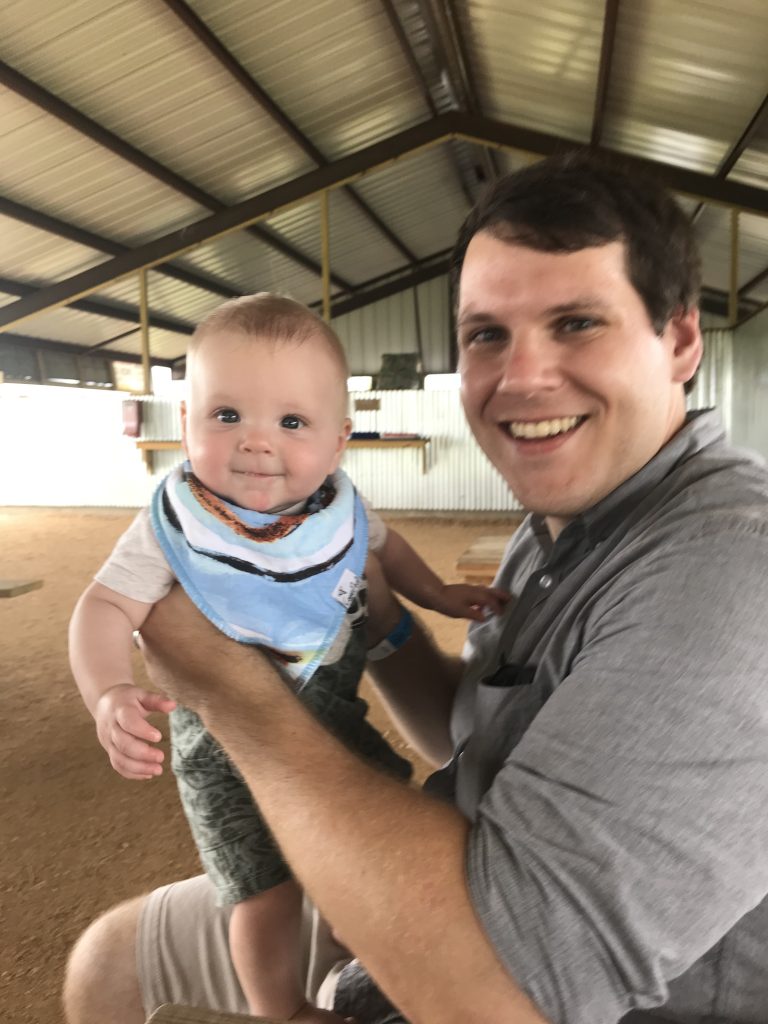 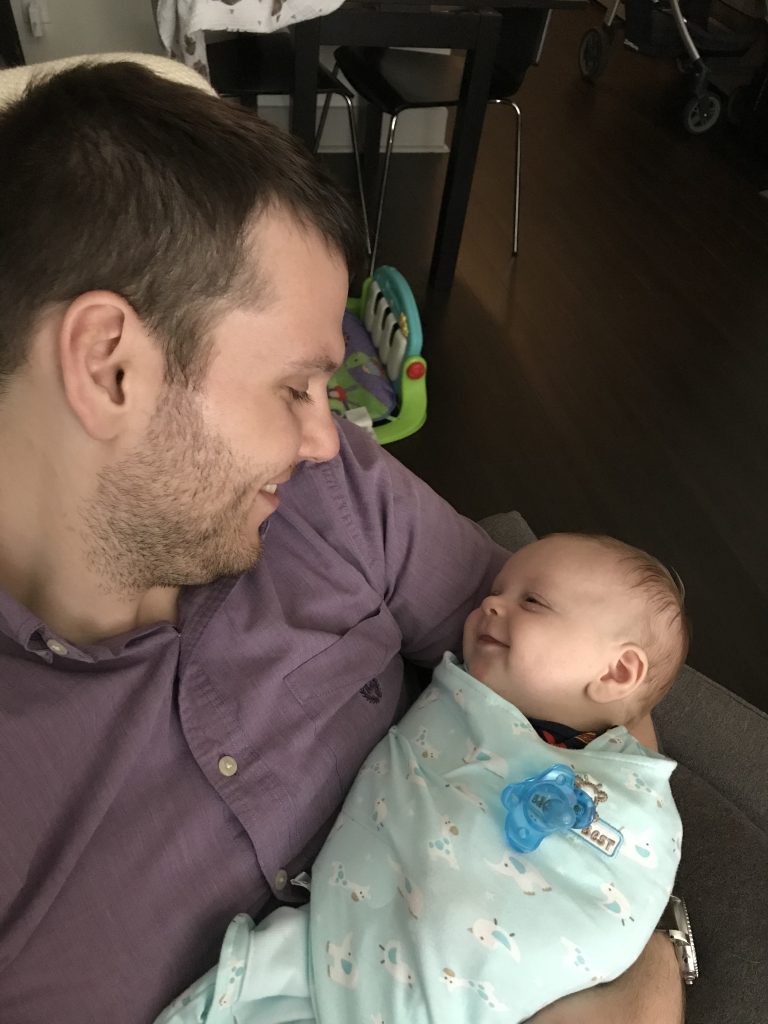 Obviously, I never got back around to blogging at all during my leave. While I wish I had documented day-to-day life while I was out a little bit better, I chose to spend all of my time focusing on Carson rather than creating to-dos for myself during this time. I’m giving myself continued leniency on the blog as I figure out my new day-to-day, but I plan to be back on some sort of a posting schedule soon. I definitely want to do Scenes From the Week posts, and I have so much travel content backlogged that I also hope to share.

Some days I feel like this is all a dream – that Carson isn’t really ours – and then I remember that God really did bless us with this adorable, loving, happy baby boy and that this truly is our new reality. I’m loving every second of it.

I hope all is well with anyone who is still around to read this post! I’ve missed y’all!

Thanks for reading! Want to know a little more about me? I’m a CPA learning how to balance a career with motherhood and frequent travel while planting roots at home in Austin, TX. When I’m not exploring my home city with my husband Daniel or cuddling with my baby boy Carson or my chubby orange cat Banana, I’m probably planning, packing, traveling to, or daydreaming about our next adventure. After all, my travel mug collection is never complete. If you have wanderlust too, be sure to follow me on Instagram (and InstaStories!), Pinterest, and Facebook, or subscribe to my blog!} 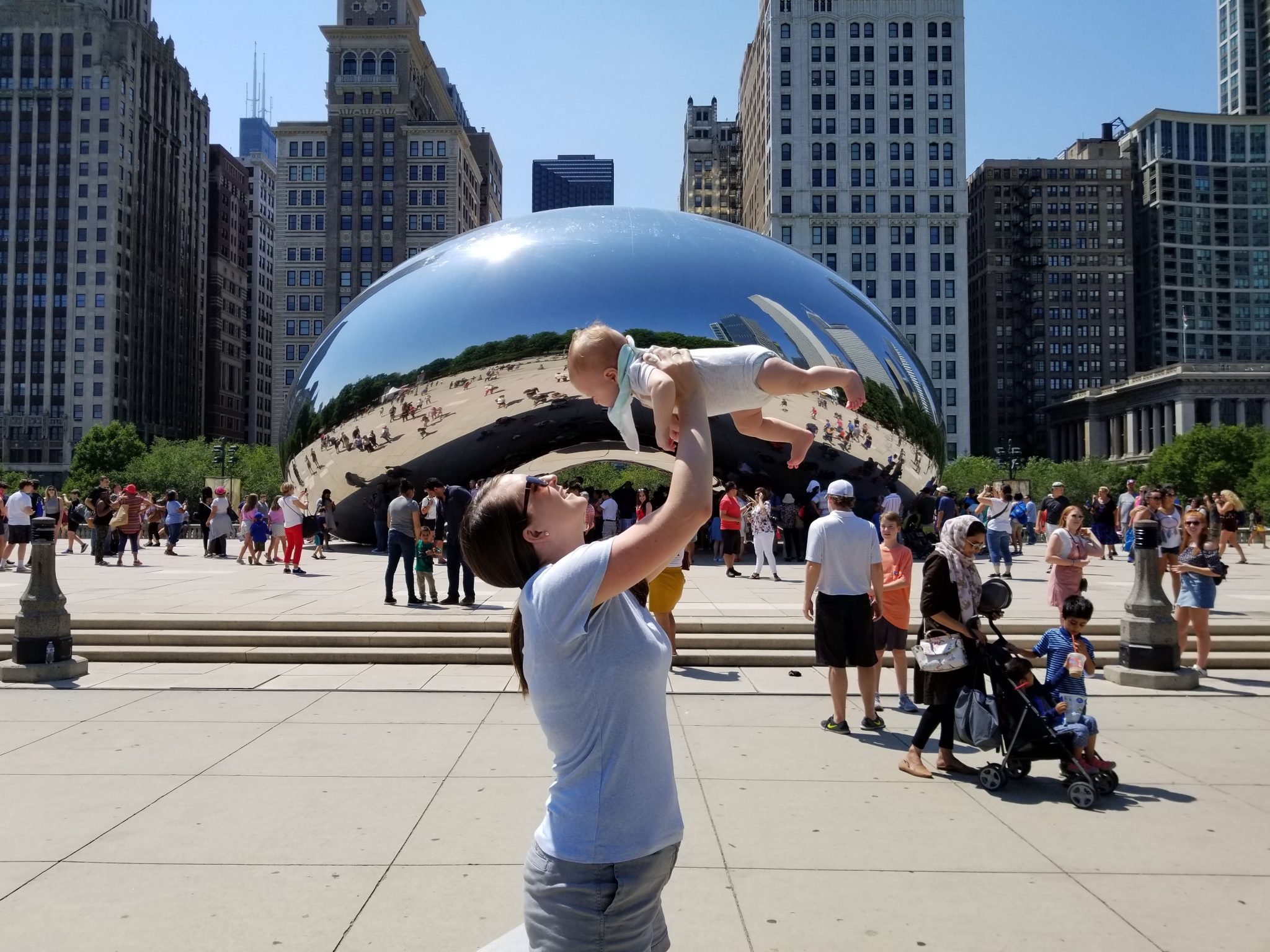