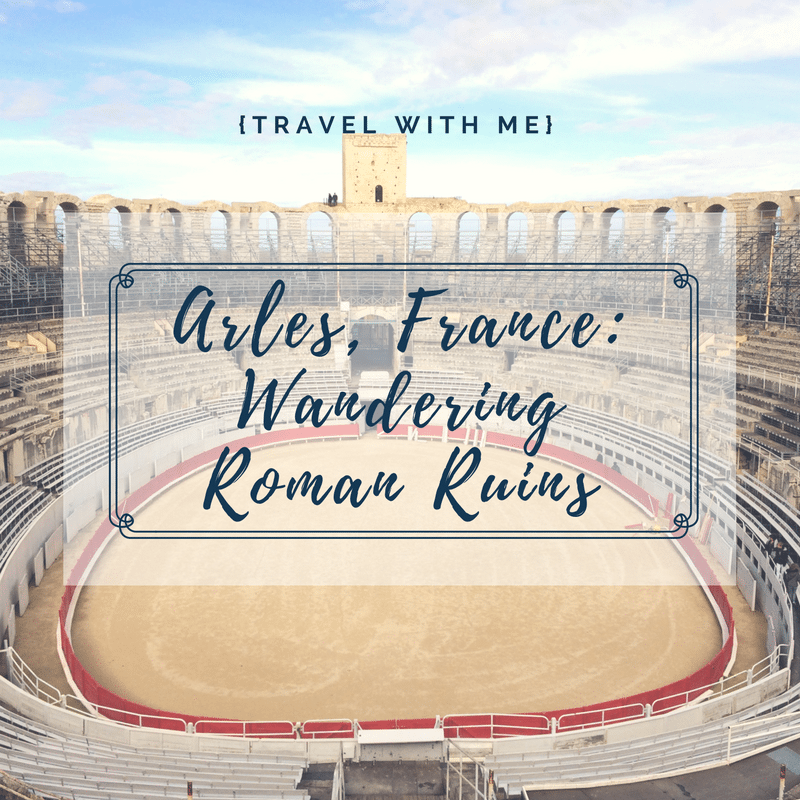 Our next stop was just a quick 45-minute train ride from Avignon, where we had spent that previous couple of days. Like I mentioned in my Avignon post, we were very unfamiliar with the South of France, so we picked Arles purely based on distance to our next destination (Toulouse) and recommendations of things to do. I had never heard of Arles before, but while researching destinations, I kept reading great things about its Roman ruins and its focus on one of its famous former residents, Vincent Van Gogh.

When we arrived at the Arles train station, we had about a half hour walk to our Airbnb. This was our view on our walk: 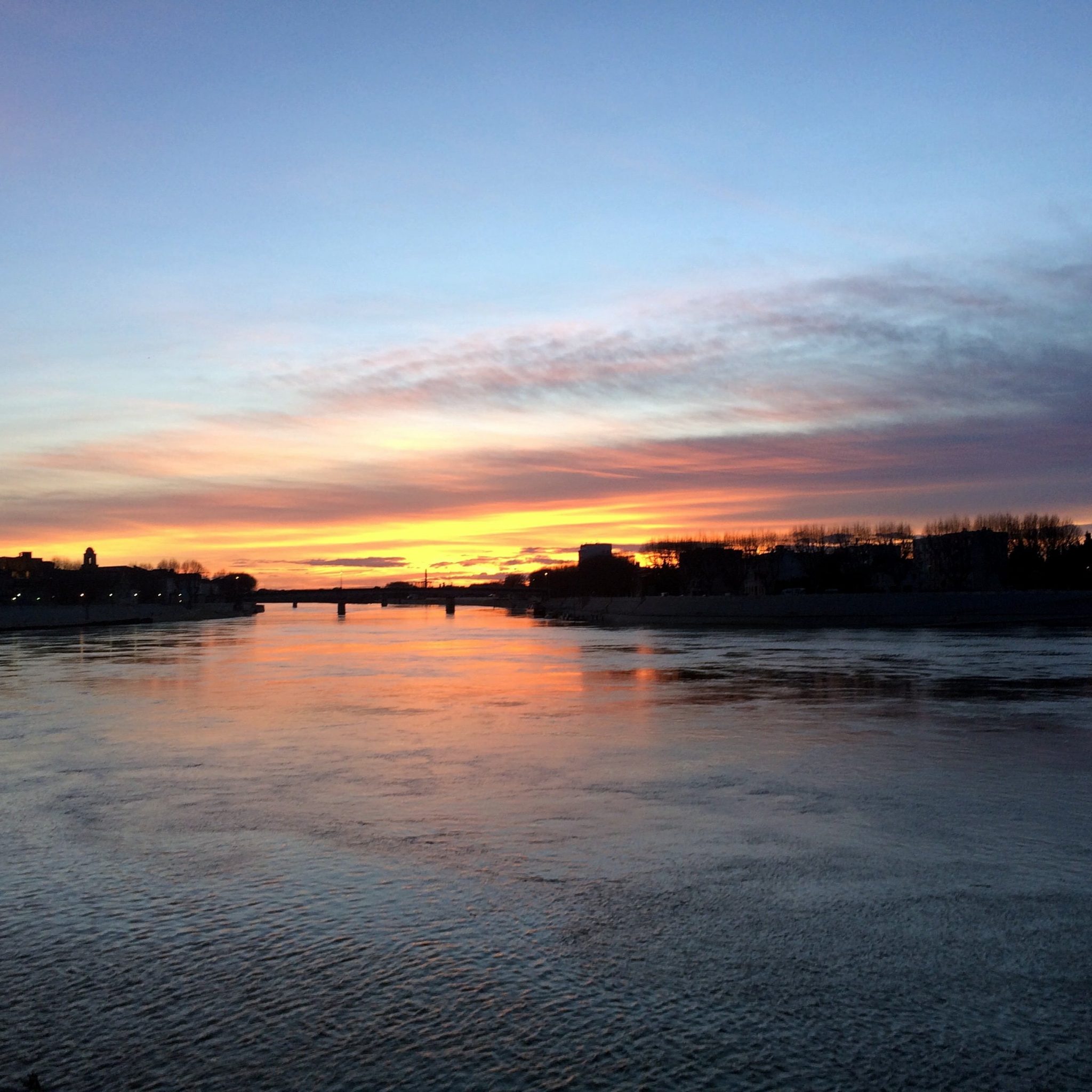 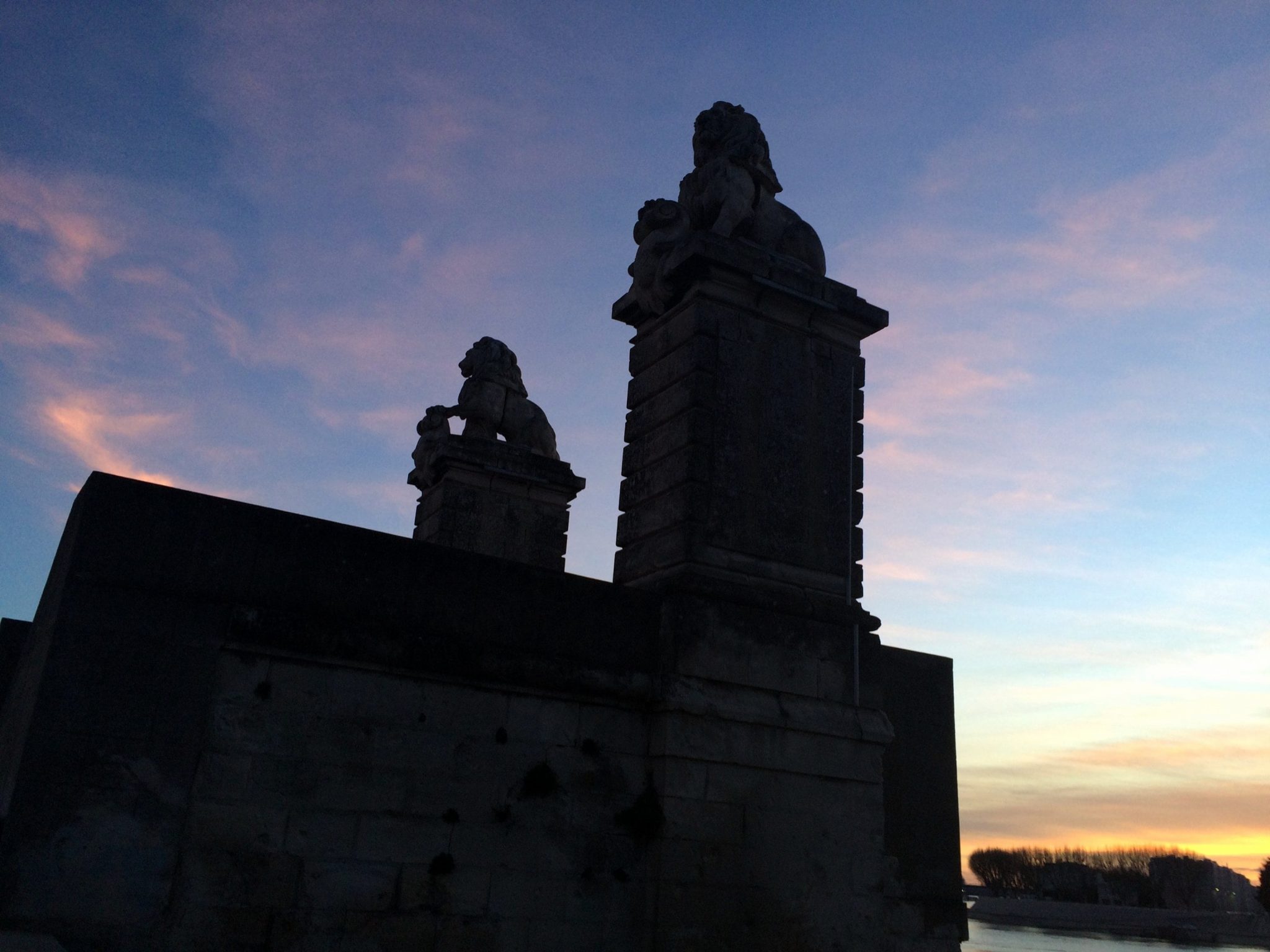 Needless to say, we weren’t bored on our walk! It went by very quickly while we soaked in the gorgeous sunset and architecture.

While Arles is less touristy than many of the places we had visited on this trip so far, the primary attractions drawing people to Arles are the Roman ruins. Arles is filled with amazing ruins and monuments, and the city center is a UNESCO World Heritage site because of them. Because the crowds are nothing like Rome, Paris, or even Nice, we were able to nearly have the  ruins to ourselves and get some great photos! I’m sure the crowds increase during the summer (we were there during winter), but they will be nothing compared to other major European cities.

The admission fees into the sites are much lower than larger cities as well. We purchased the Freedom Pass from the tourism office for about $10 per person, and this allowed entry to five sites: four monuments/buildings and one museum. This was perfect for us since we just had one full day in Arles, but if you are there for a longer amount of time, they also offer an Advantage Pass for about $15 per person which gives you one entry to each museum and monument/building for a year. Talk about a great deal! I couldn’t find much information on these passes online, so you will just need to swing by the tourism office when you arrive in Arles.

Perhaps the most popular Arles attraction is the Roman Amphitheater. It was built by the first century AD and was able to seat up to 20,000 spectators, a little over a third of what the Roman Colosseum in Rome holds. We were free to walk all throughout the stadium and really take it all in. The amphitheater is still used for summer concerts and an annual bullfight. 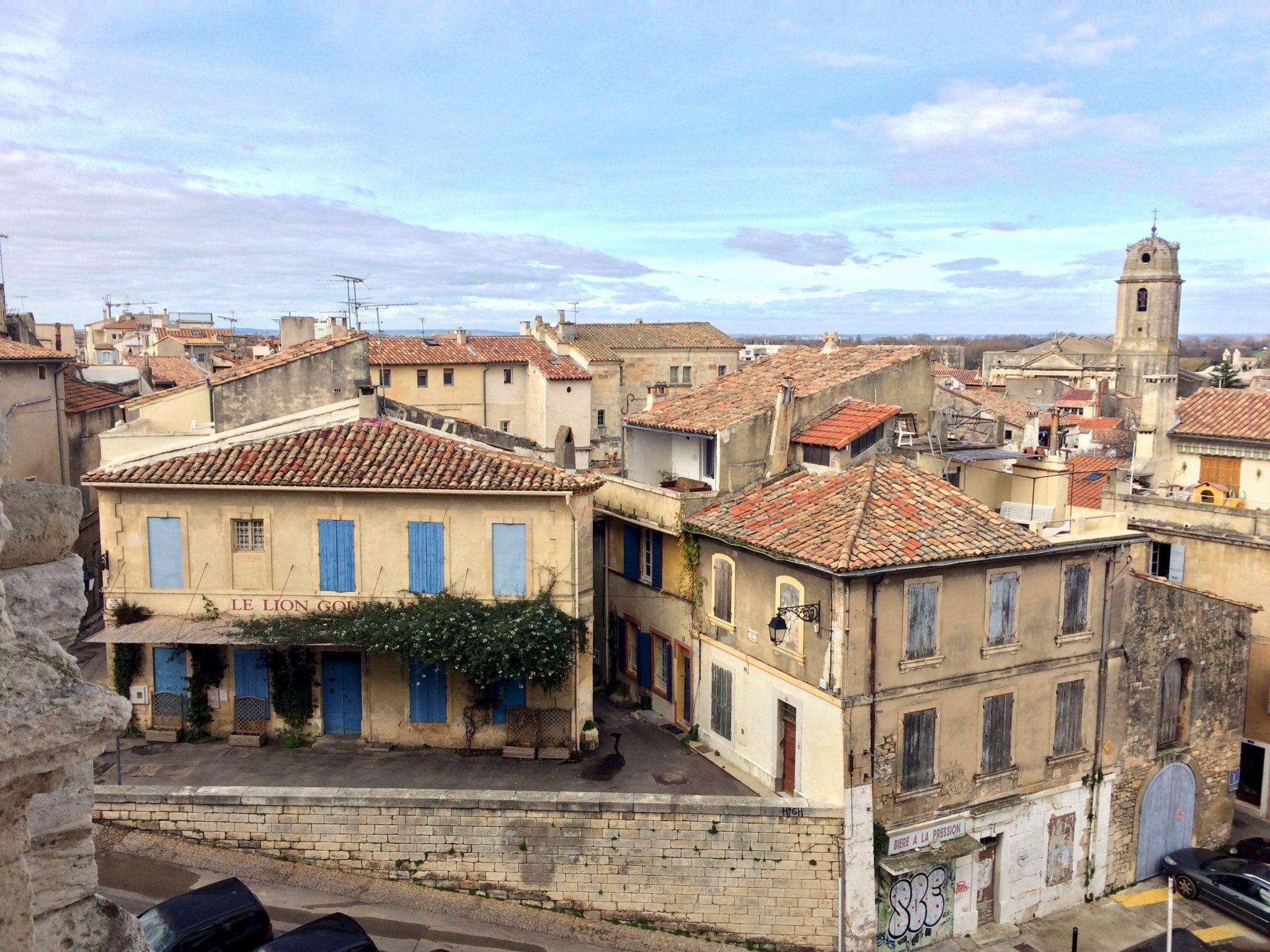 View of cute French homes from the top of the Amphitheater 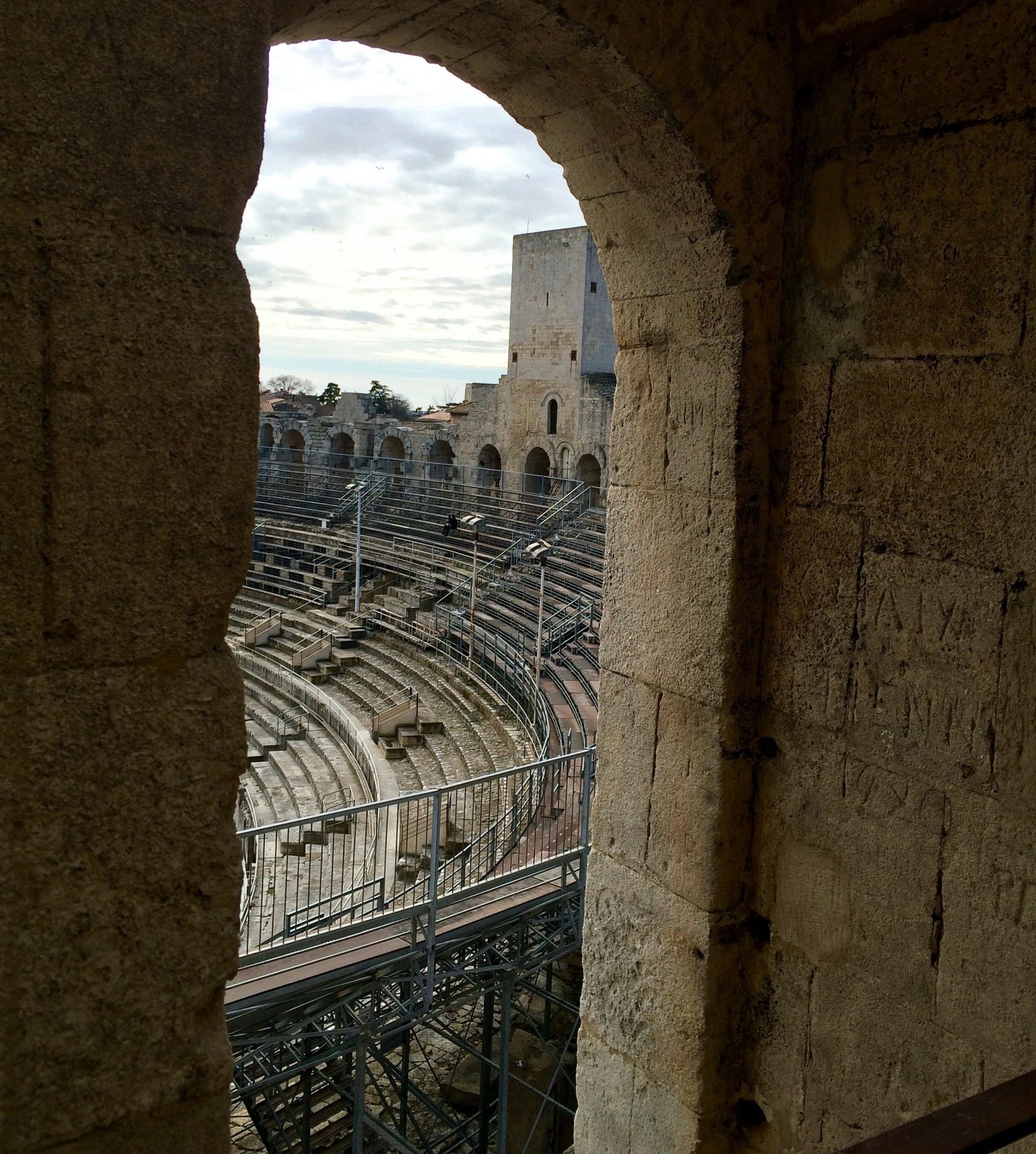 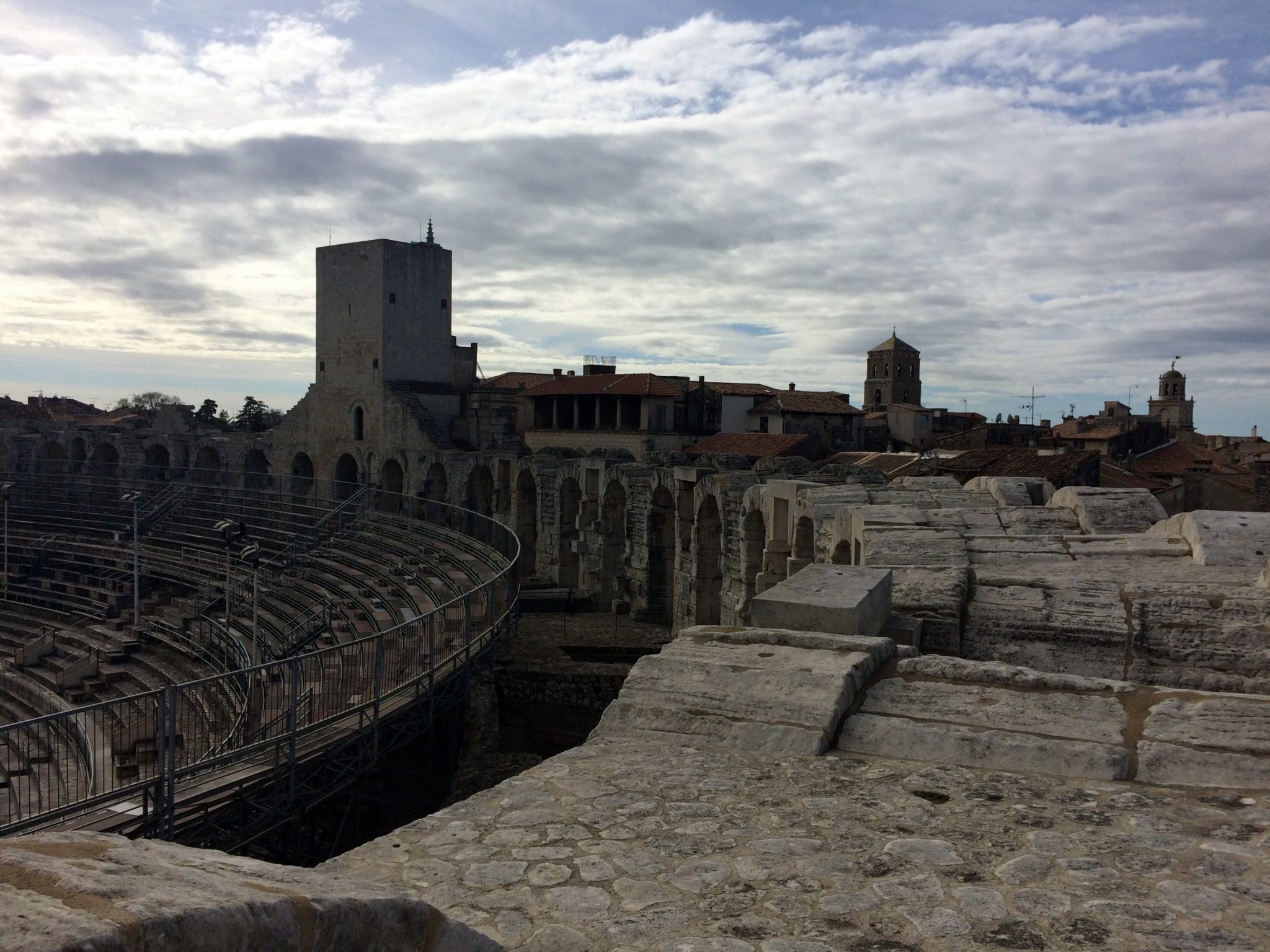 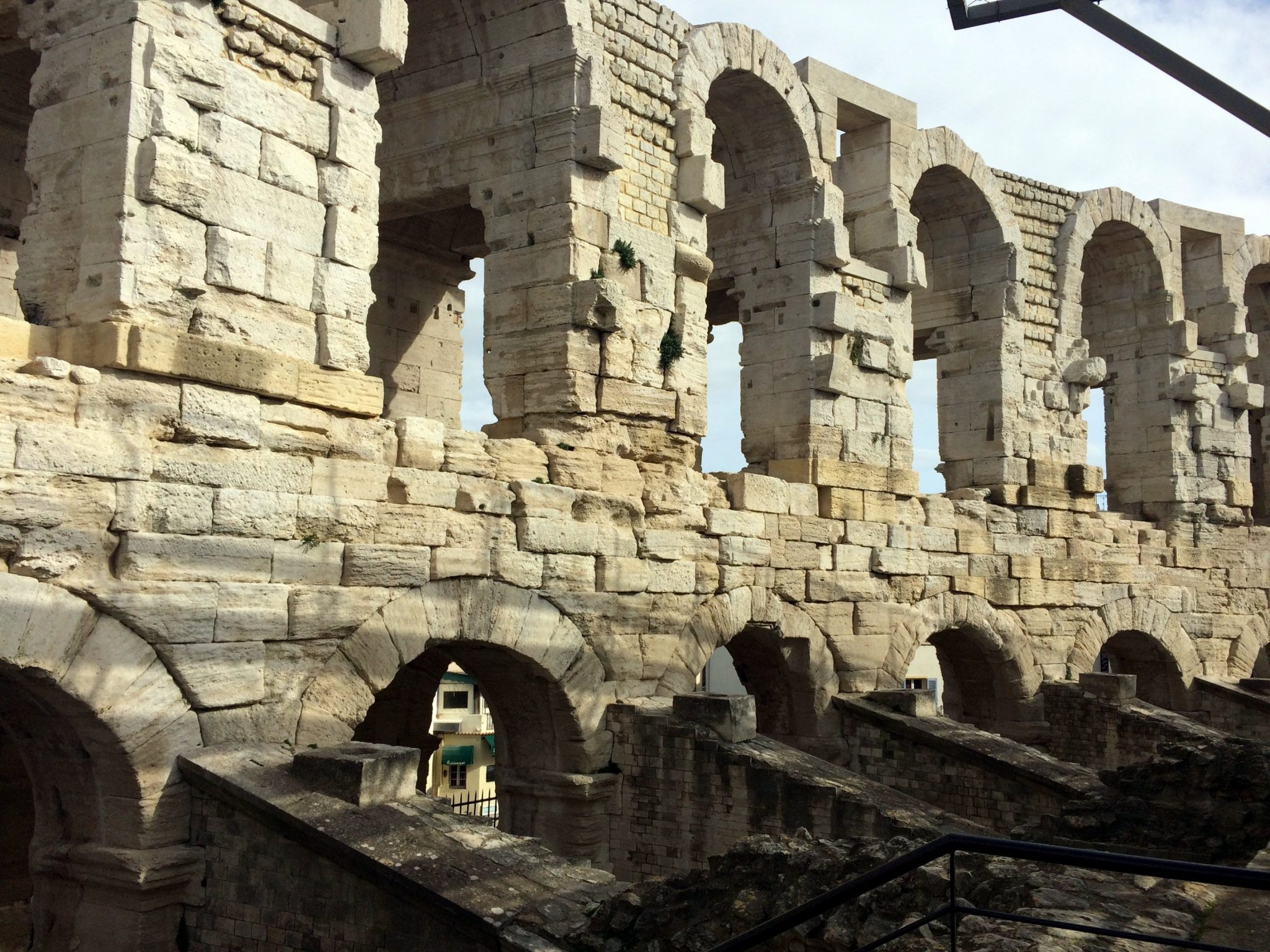 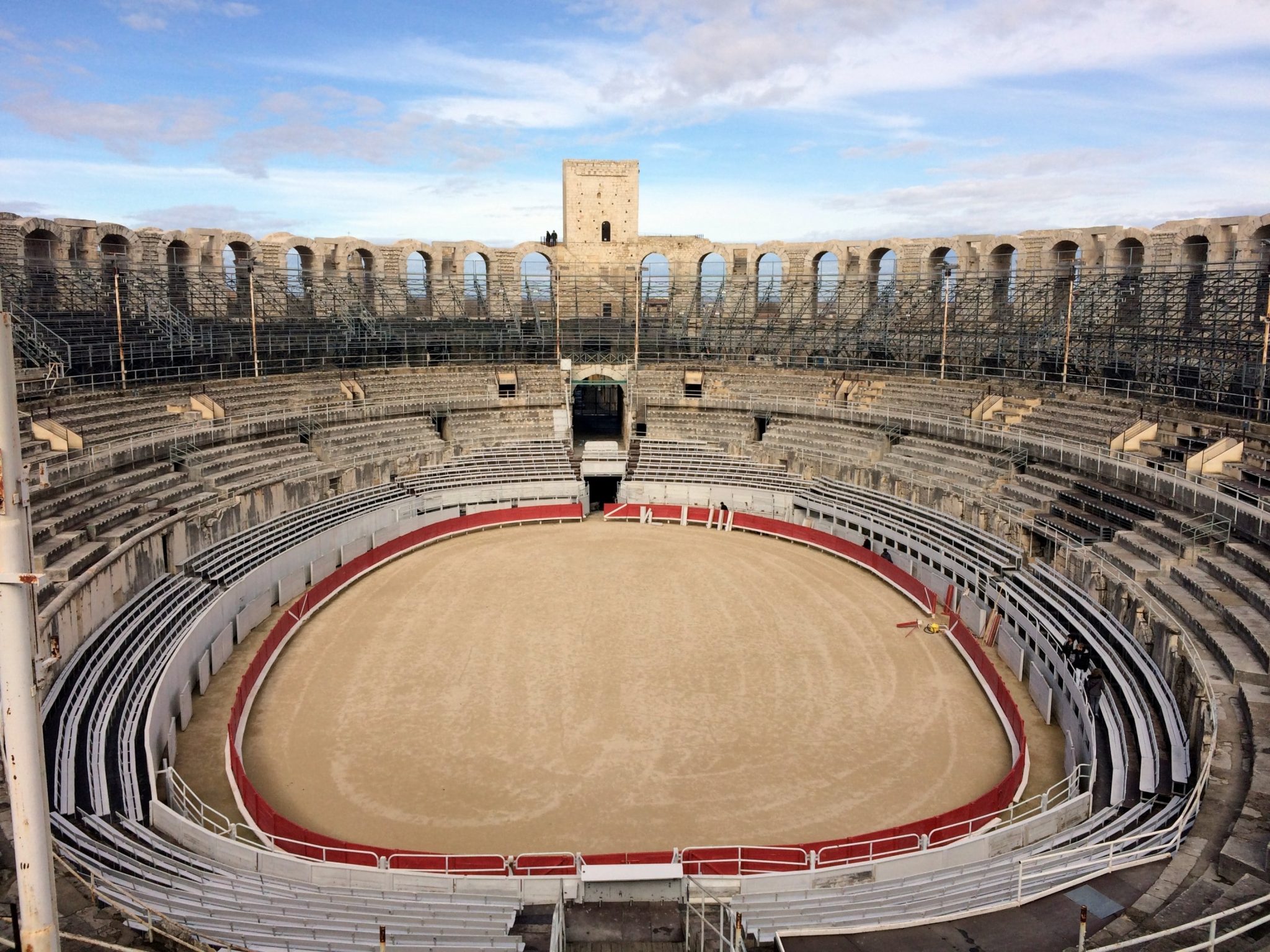 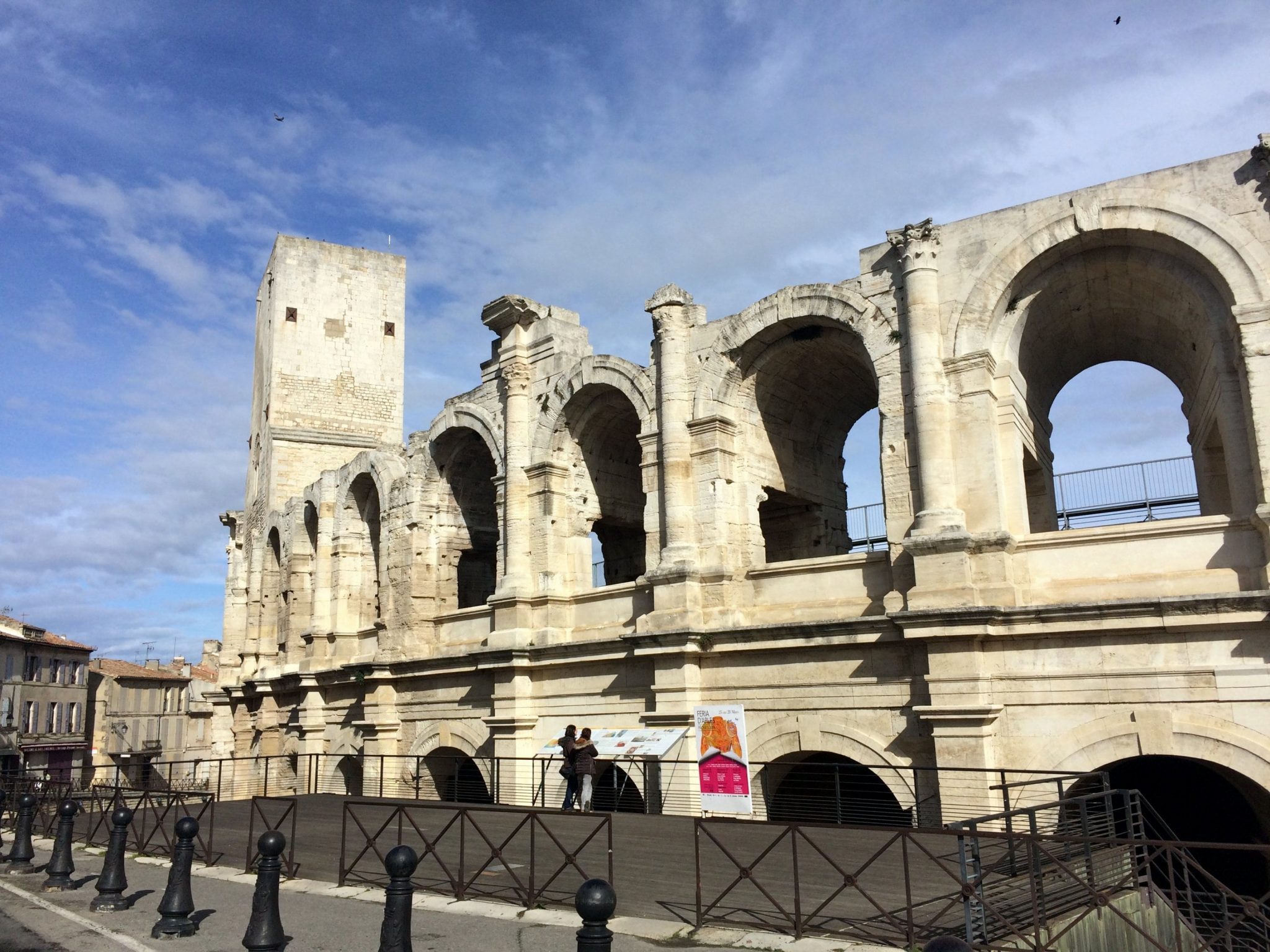 Our next stop was the Roman Theatre, or Théâtre antique d’Arles. This theatre was also built by the first century AD, and the majority of it was only rediscovered in the 19th century. It is not preserved as well as the Amphitheater, but you can see enough of it to get the idea. 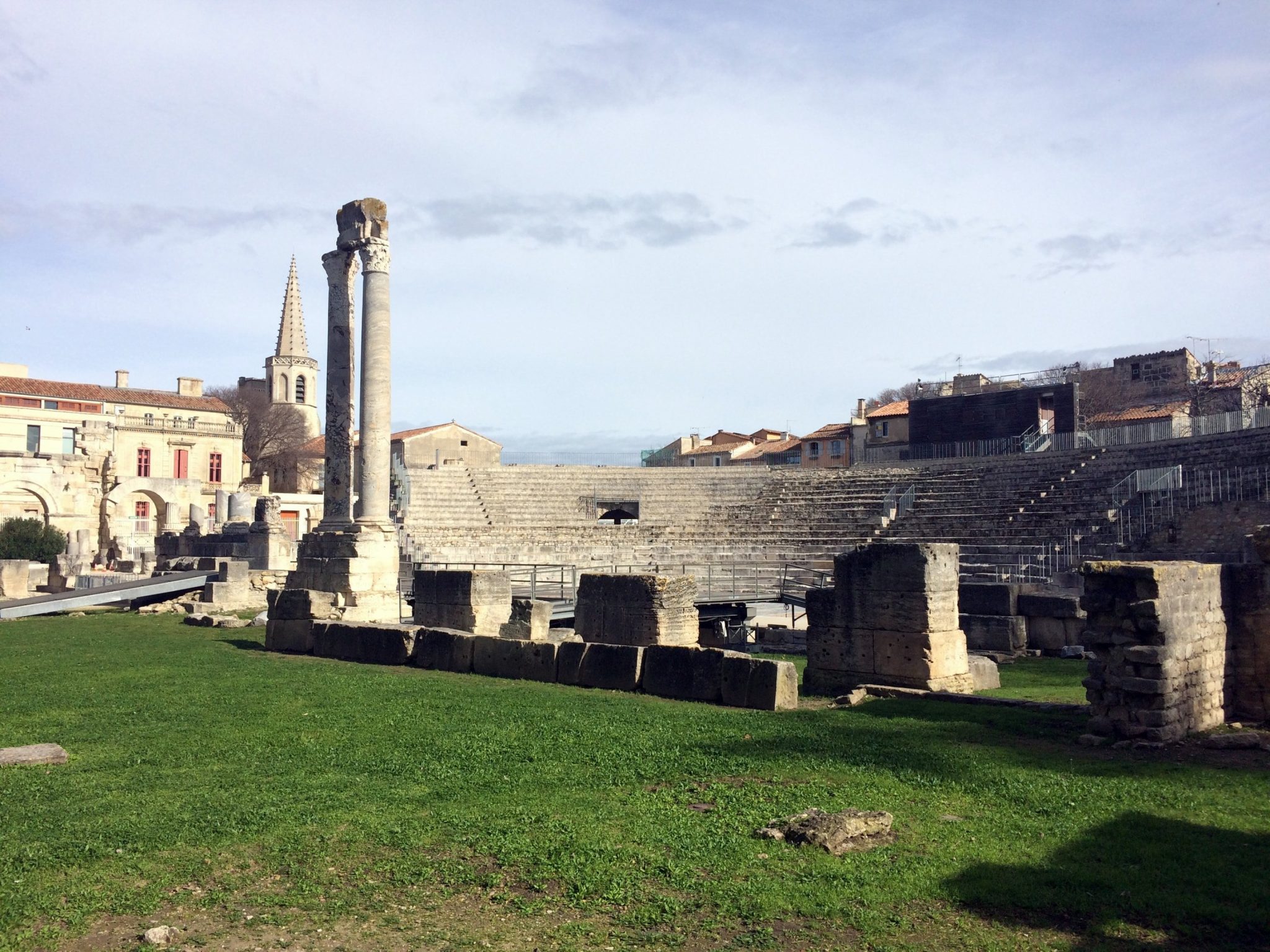 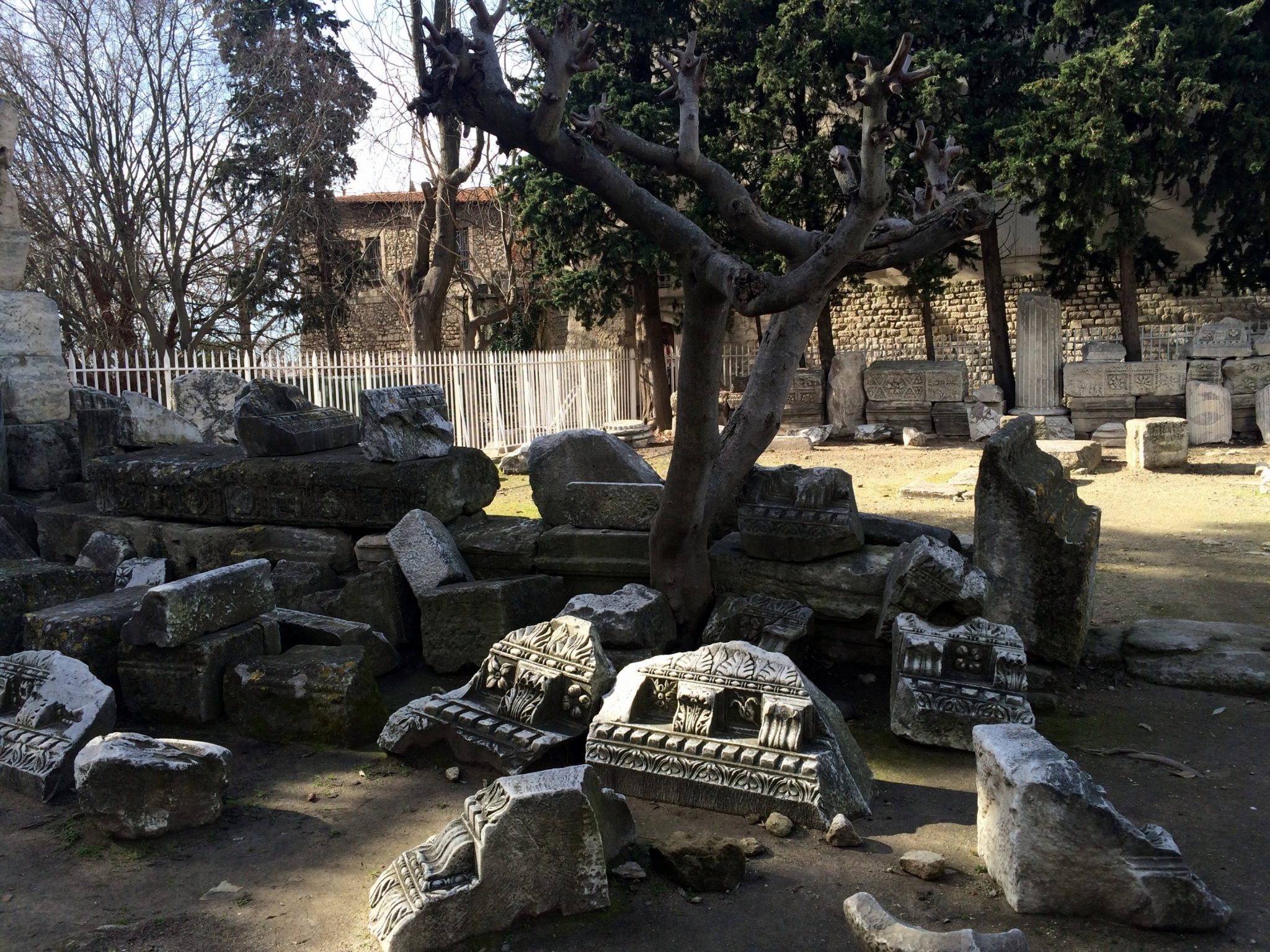 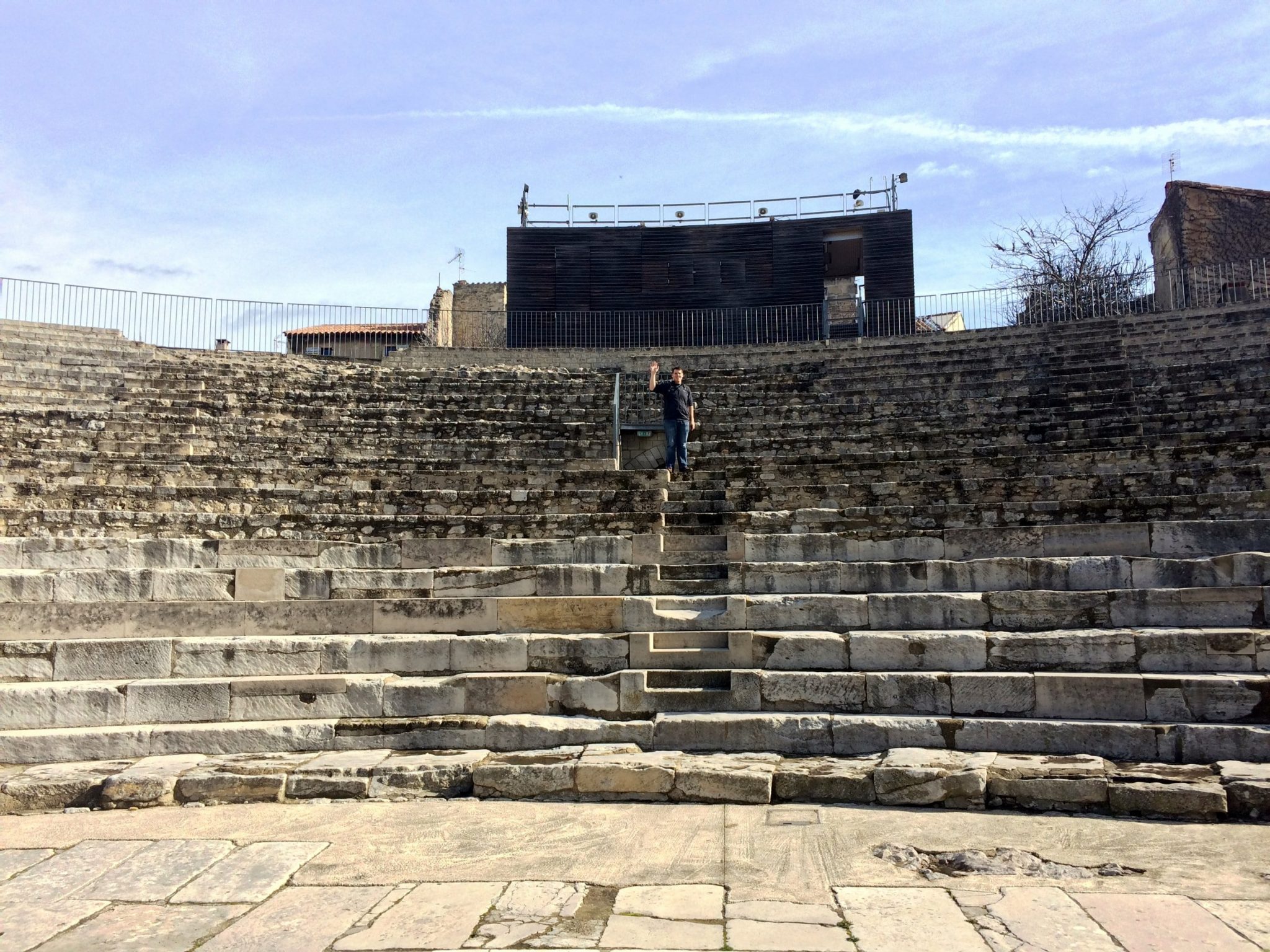 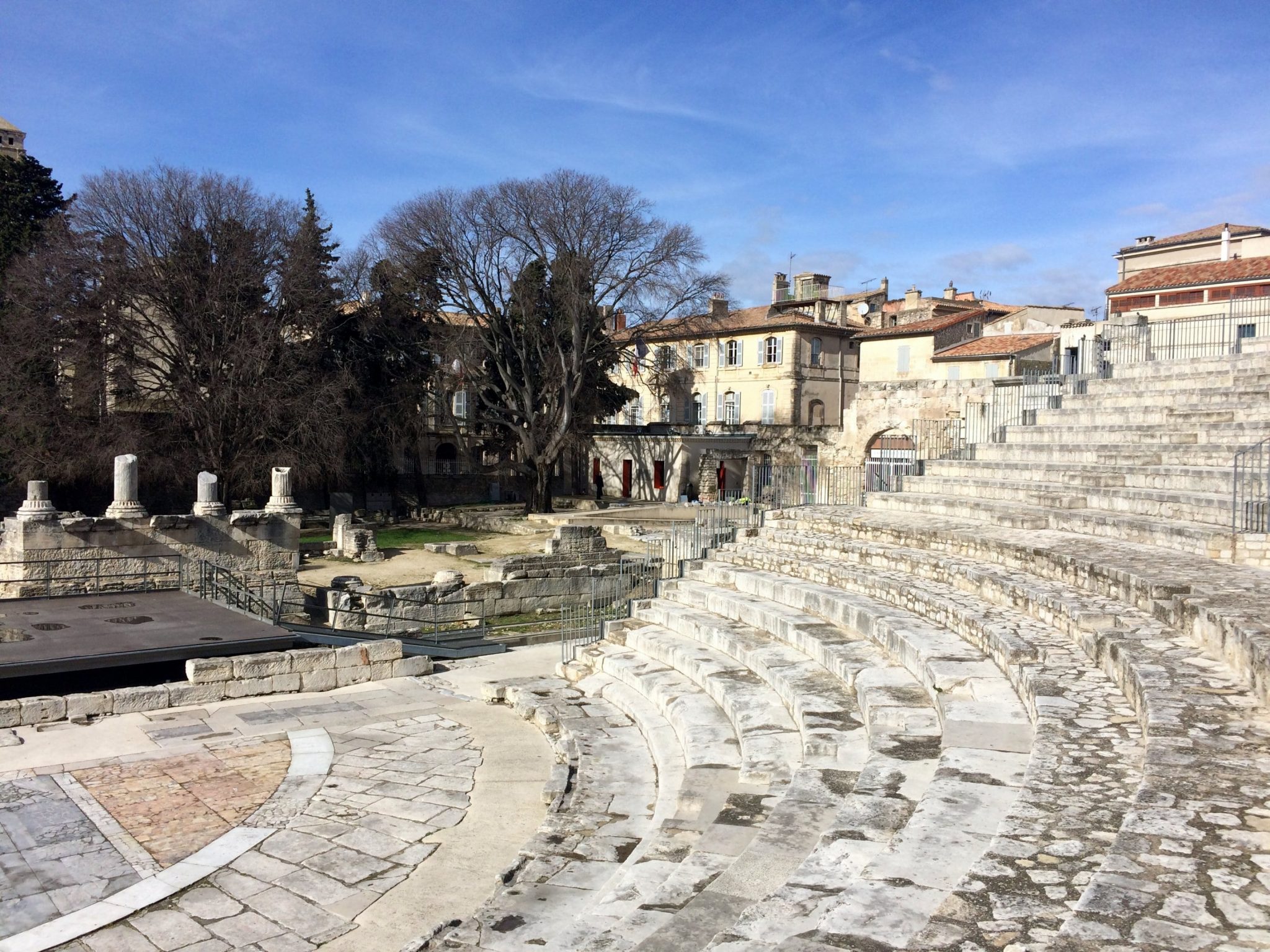 The Church of St. Trophime is a former cathedral built around the 13th century. It is known for its stunning sculptures and Roman architecture. We were primarily only able to explore the Cloister, built for the priests who managed the church property. 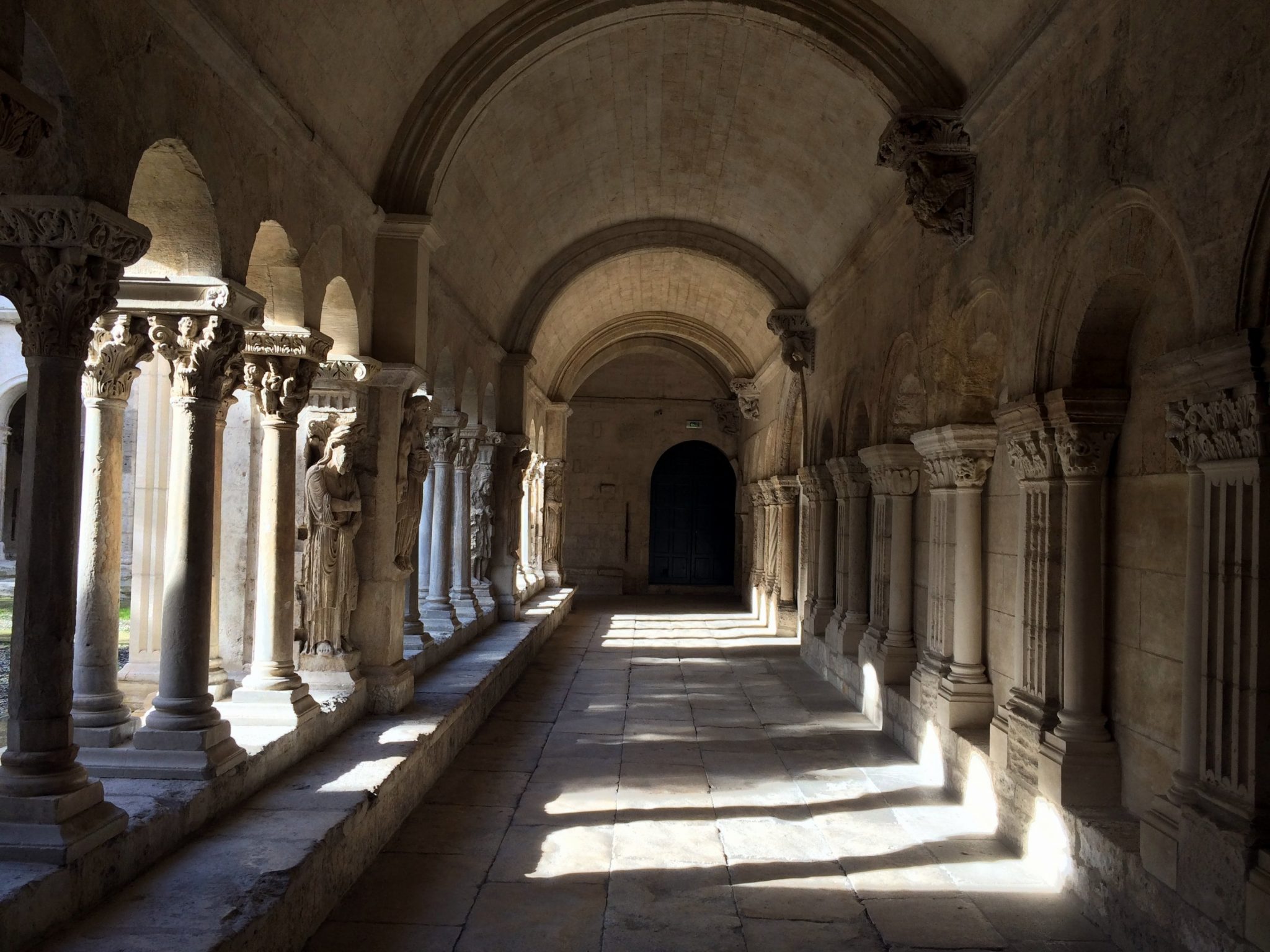 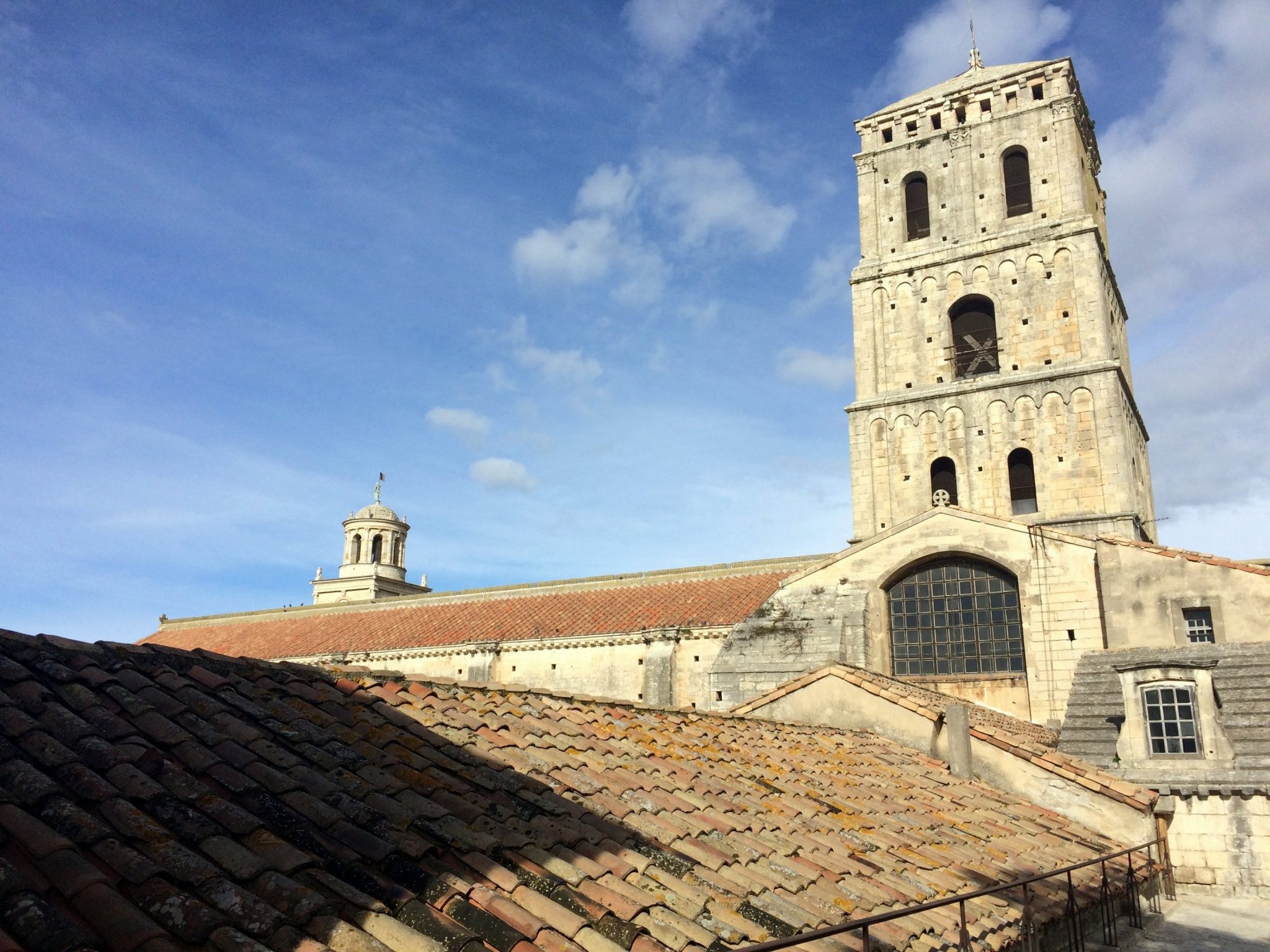 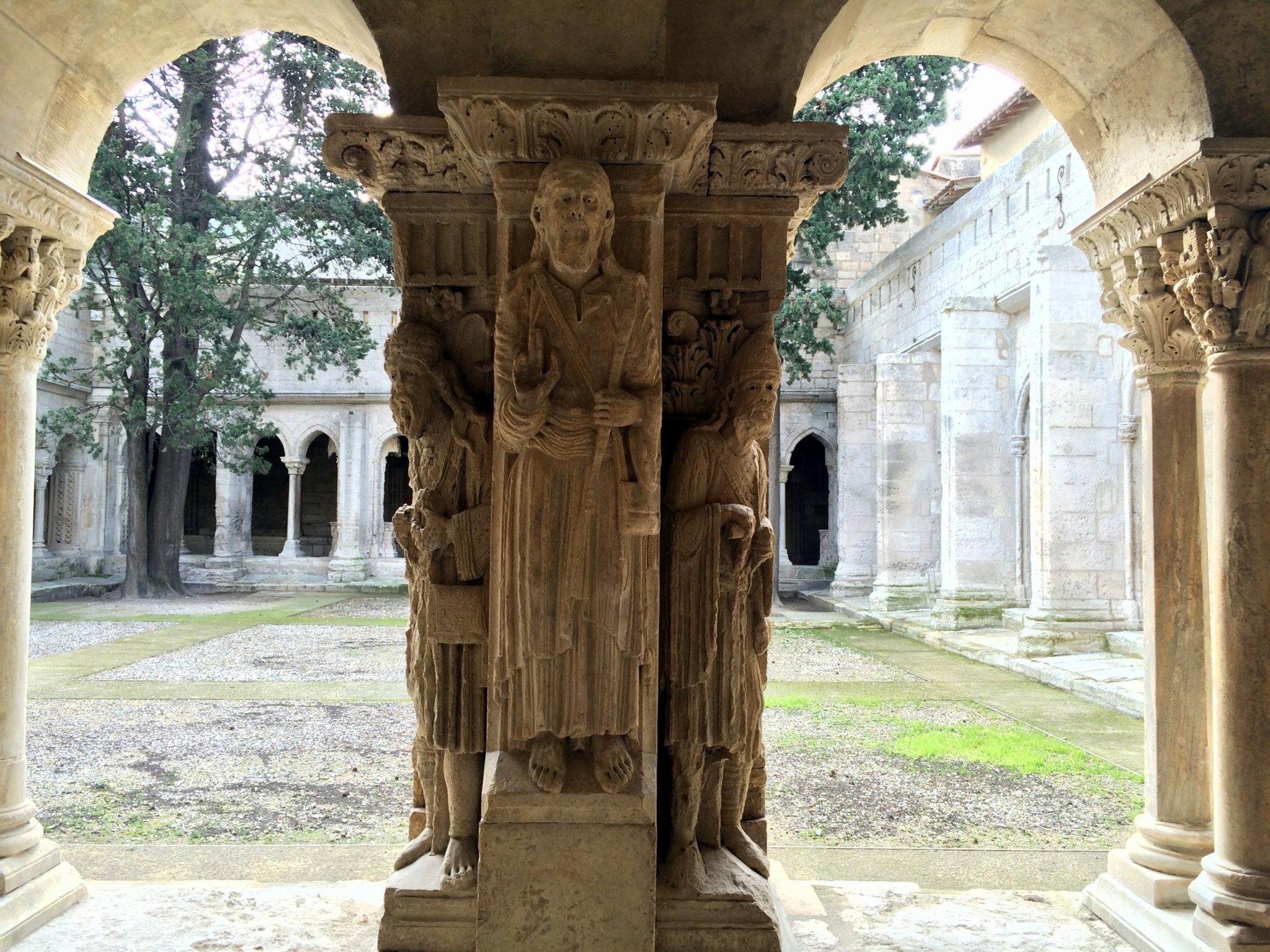 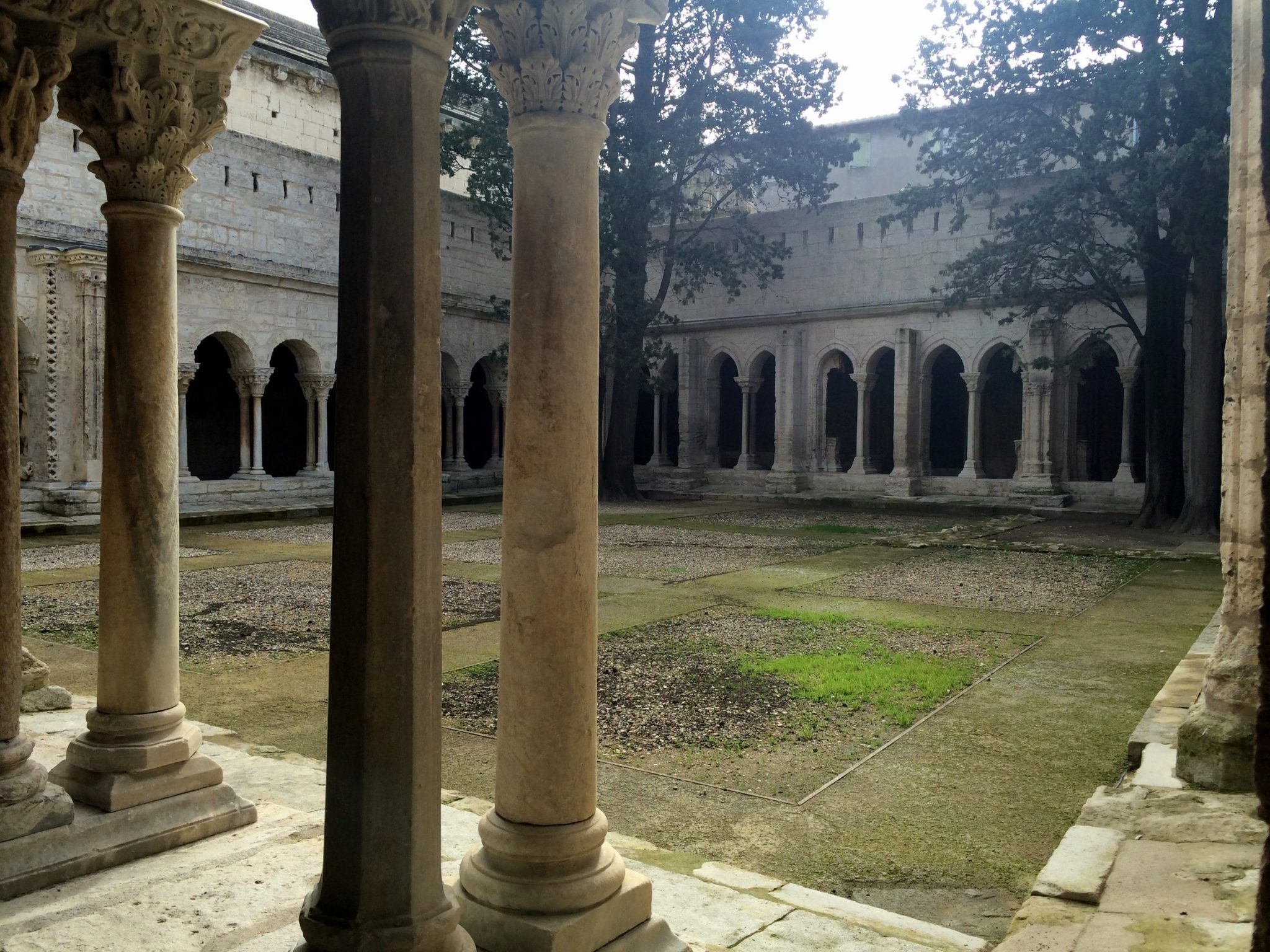 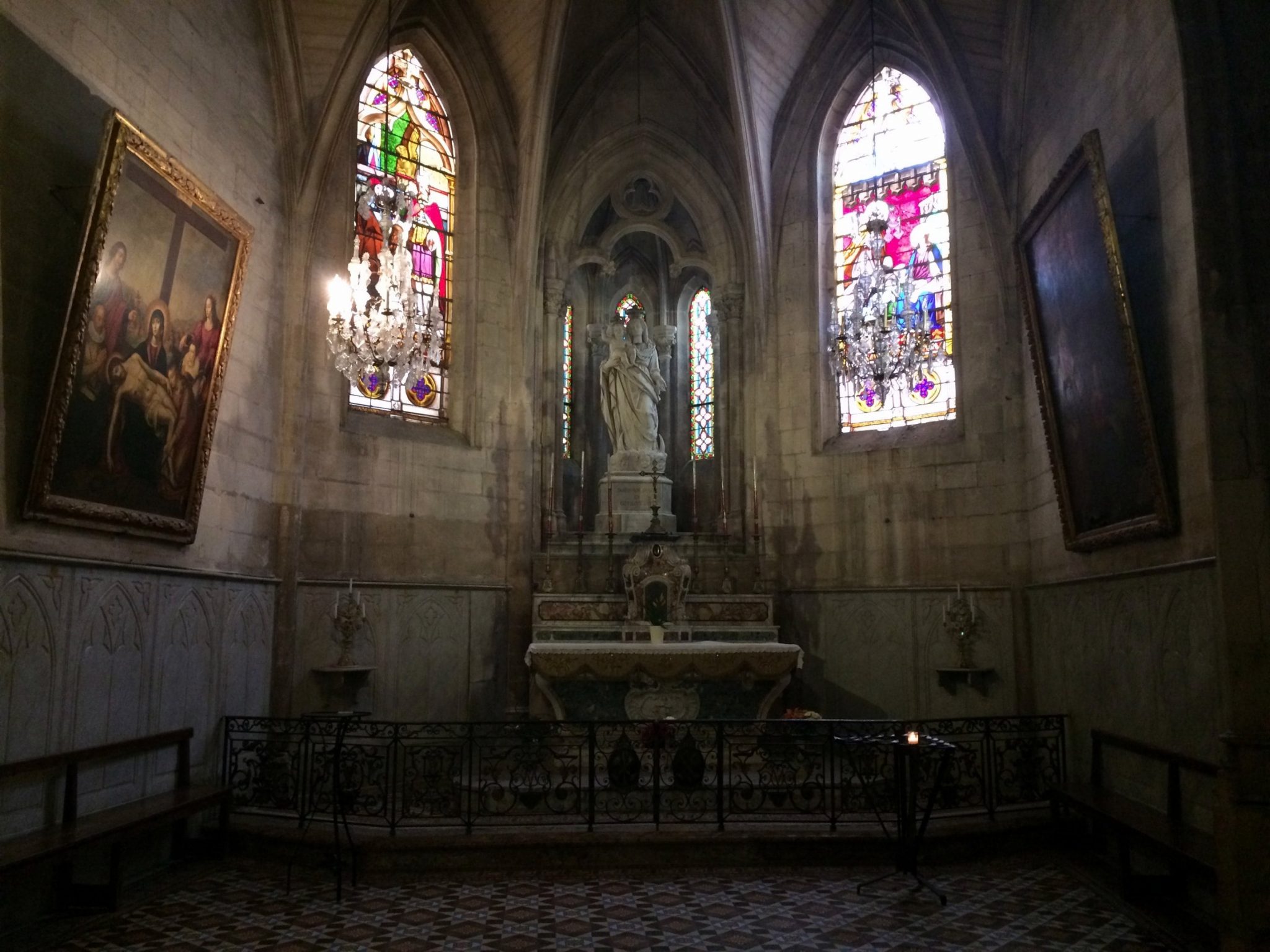 The Cyrptoportiques was the most interesting site to me. I had no idea what to expect because I could find very little information online, so I was definitely surprised to walk underground and find a large maze of crypts all to ourselves. It was a bit creepy but very cool to walk through the tunnels and take in the ancient stonework. These tunnels started being carved out during the first century AD. It was difficult to get any good pictures in the dark, so I only have one to share here. 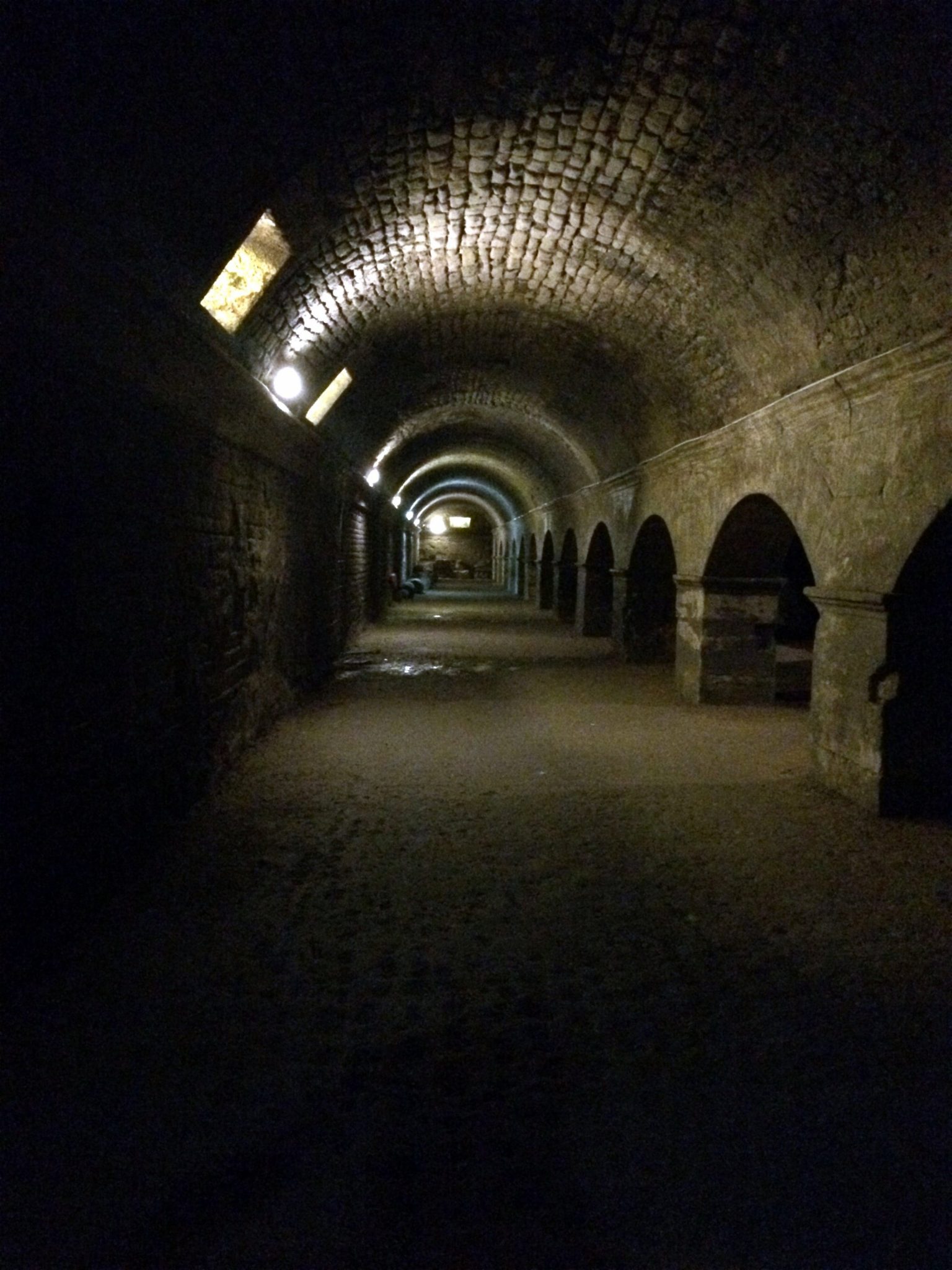 For lunch, we decided to eat at the famous Cafe Van Gogh, the cafe featured in Van Gogh’s Café Terrace at Night oil painting. Van Gogh only resided in Arles for one year, but during that time, he completed over 200 paintings! 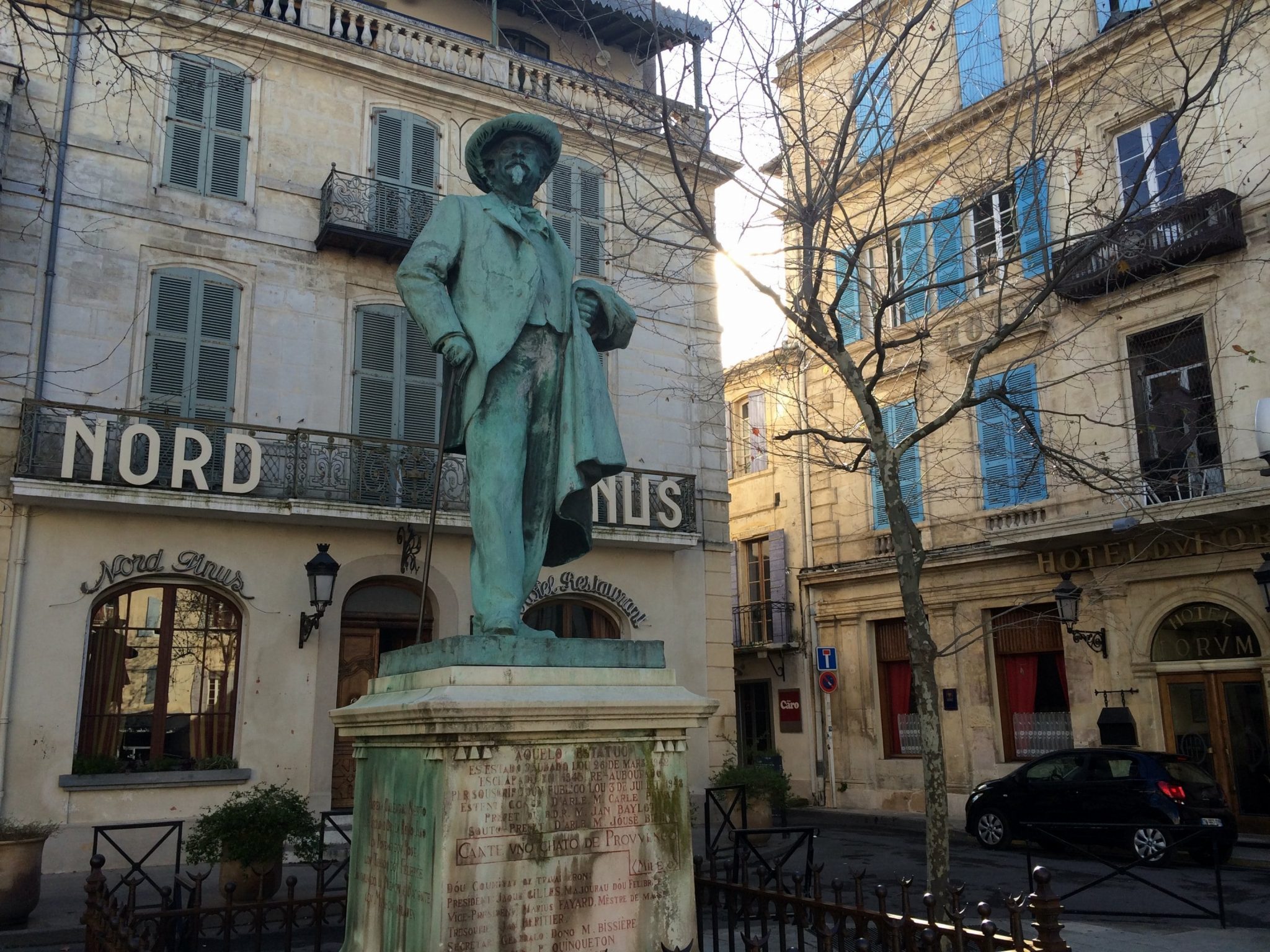 Below is the outside of the Cafe Van Gogh. To be honest, the food was overpriced and not very good, so I’d suggest snapping a picture of the outside and moving on to something else for your meal. 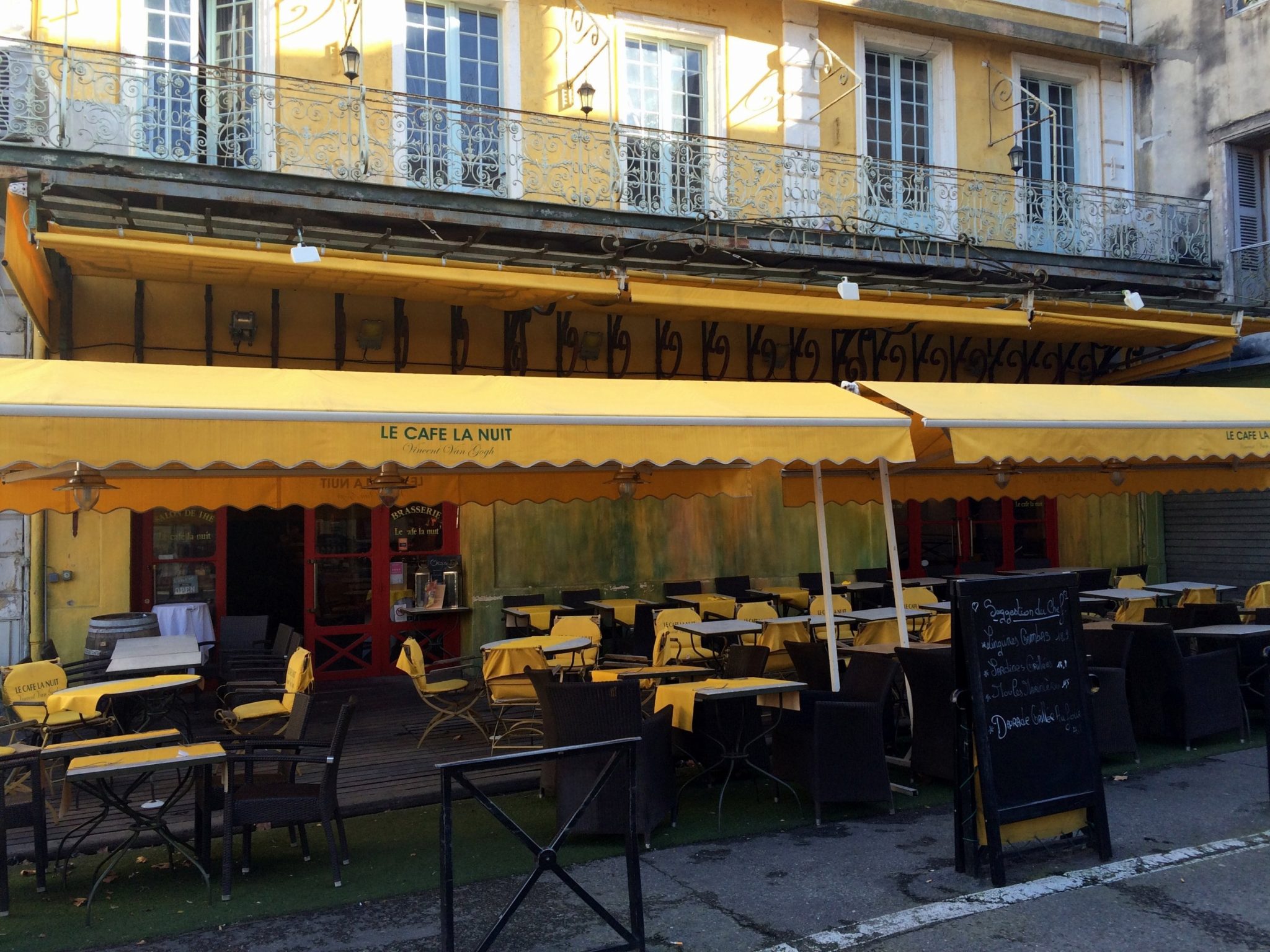 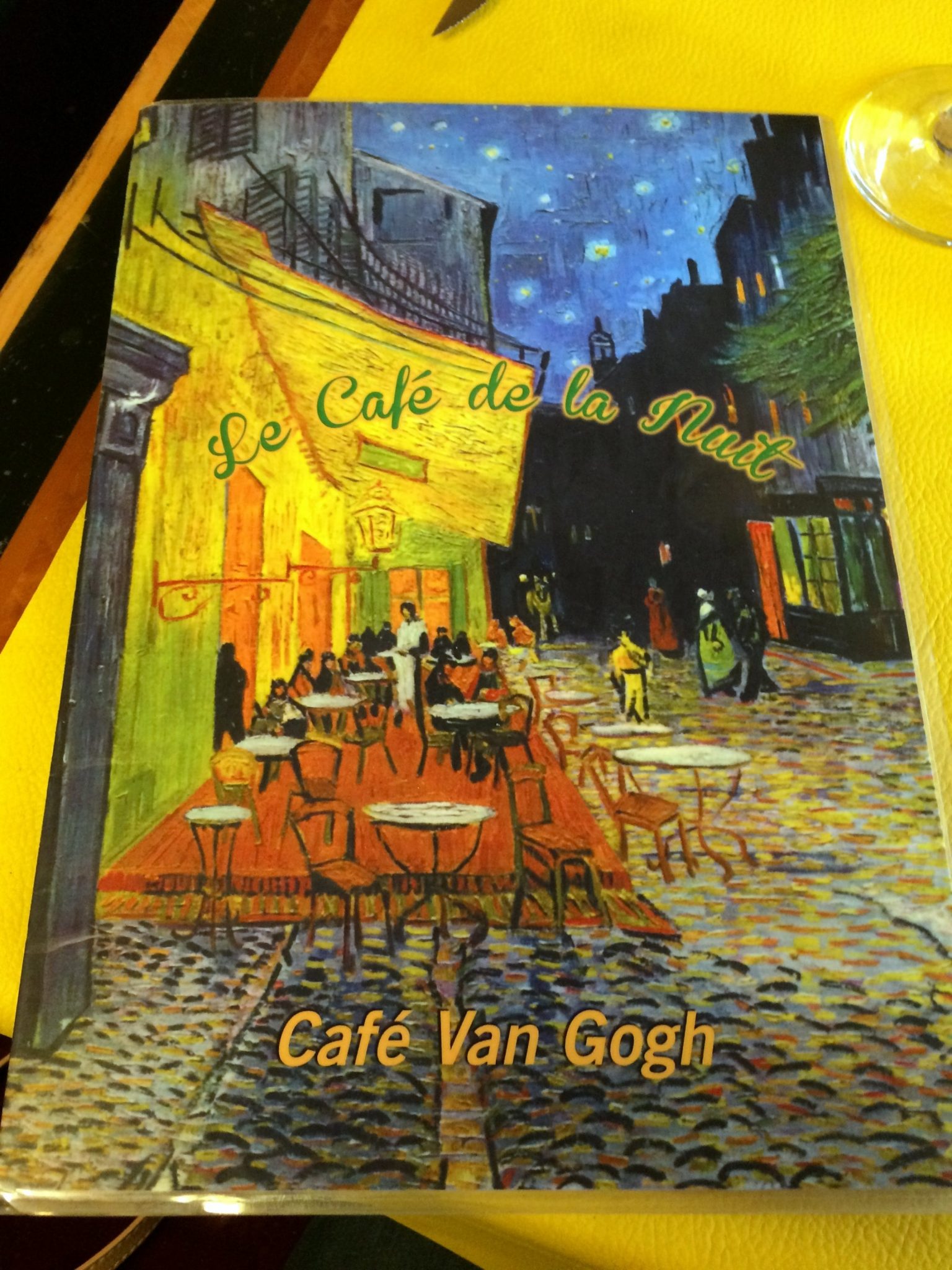 Our final stop of the day was the Archeological Museum, or Musée de l’Arles et de la Provence Antique. This museum houses many of the historical artifacts found throughout Arles and the surrounding region. The signs and descriptions are all in French, but some were translated to English and the informational videos had English subtitles, so we were still able to enjoy it despite our inability to read French. 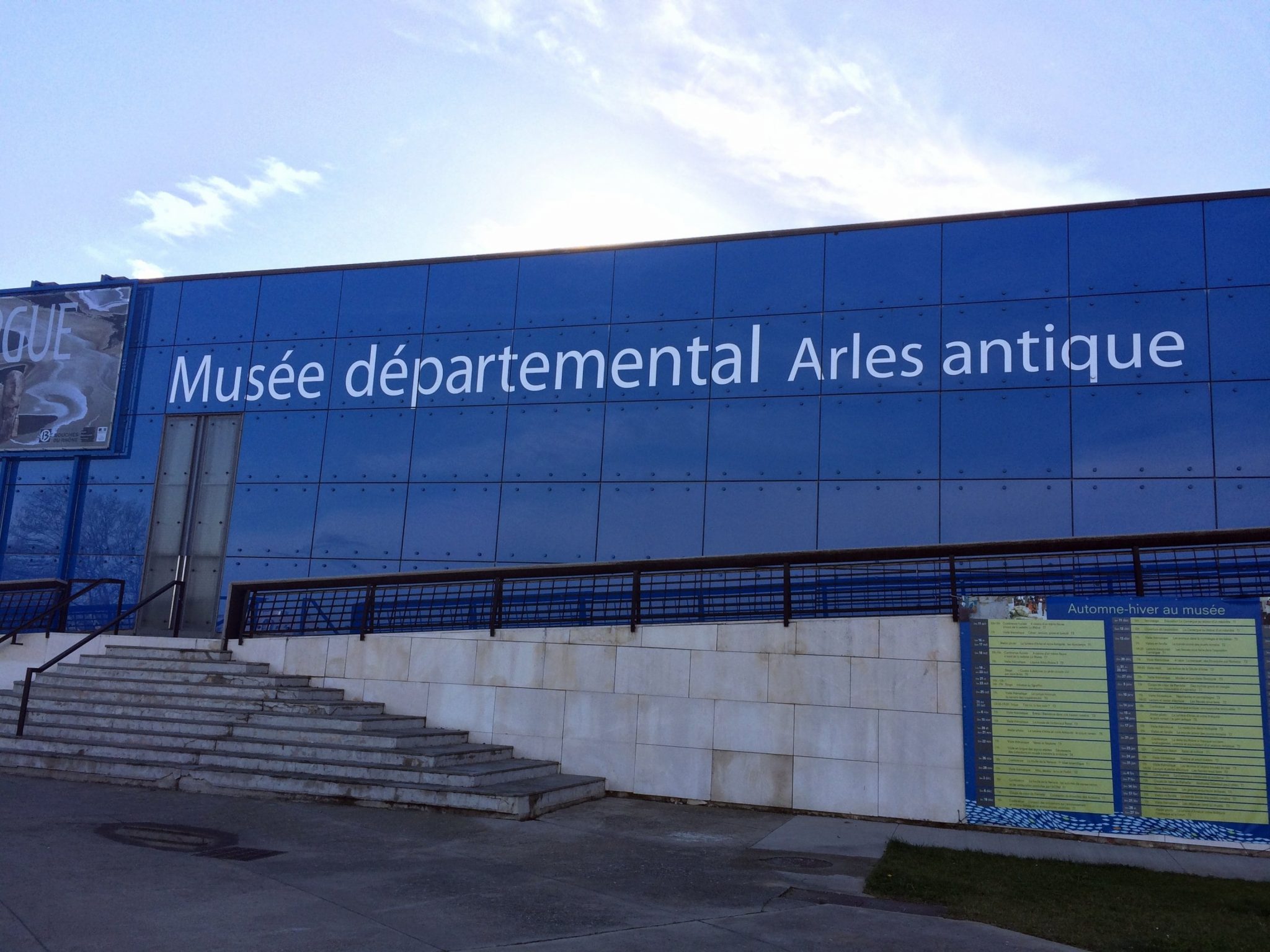 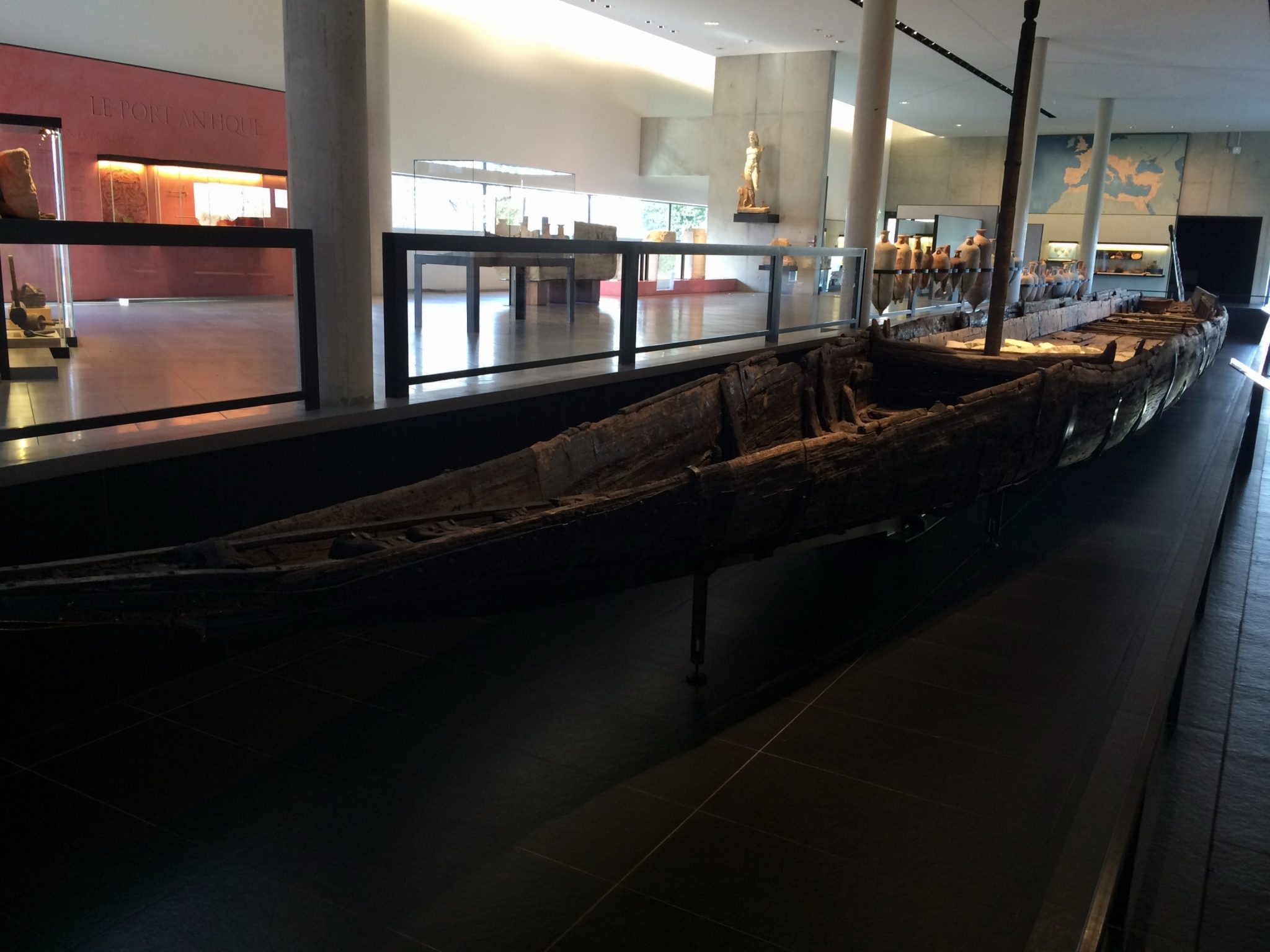 Below is the museum’s model of the Roman Forum that you can still visit in Arles. We didn’t have time to go out and see it, but if we ever go back, this will be at the top of our list! 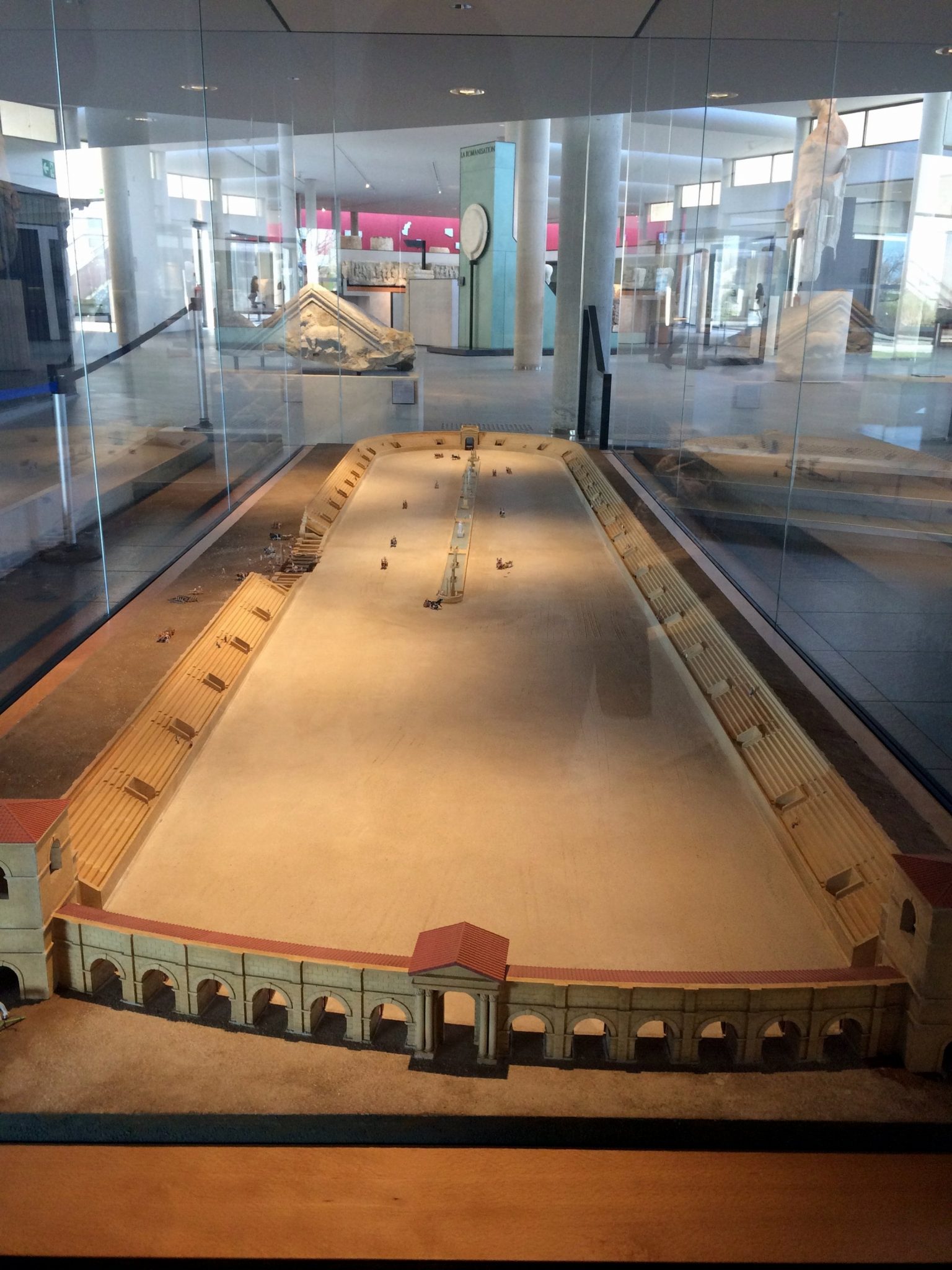 After the museum, we headed back to the Airbnb to make a quick dinner. 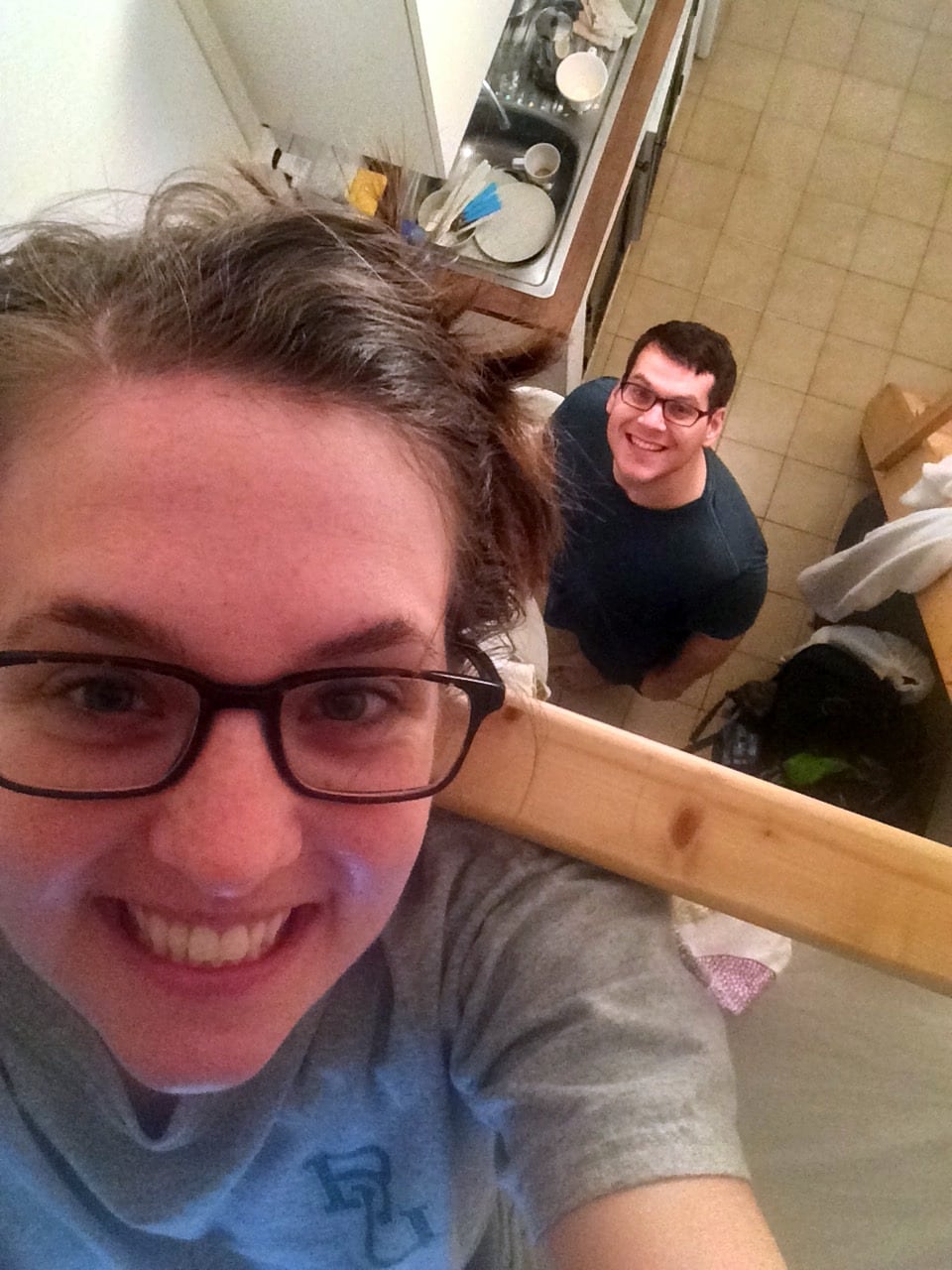 In our Airbnb – I’m upstairs on the bed and Daniel is downstairs in the kitchen.

Overall I enjoyed our time in Arles. It is a lovely little city filled with amazing history. 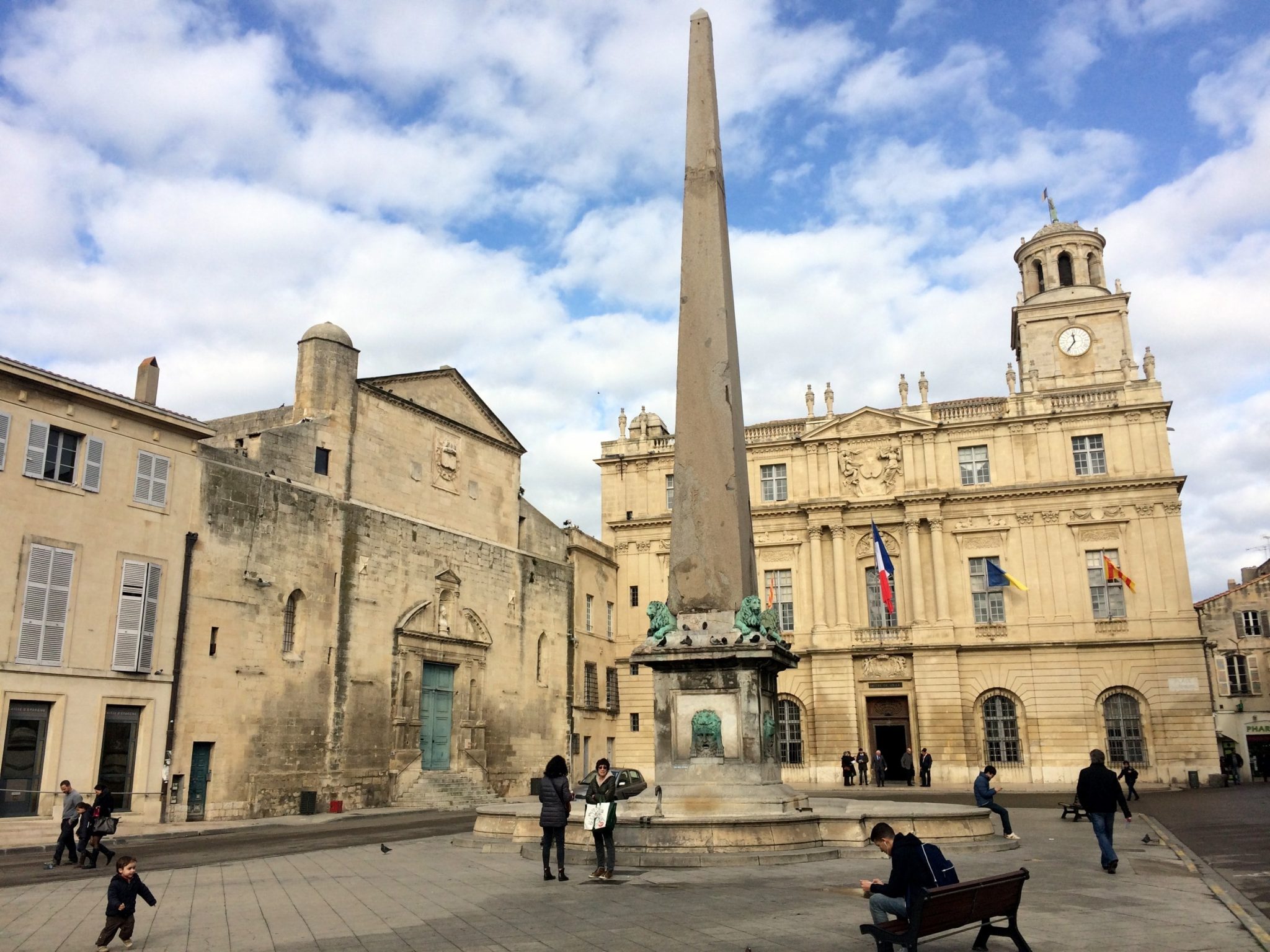 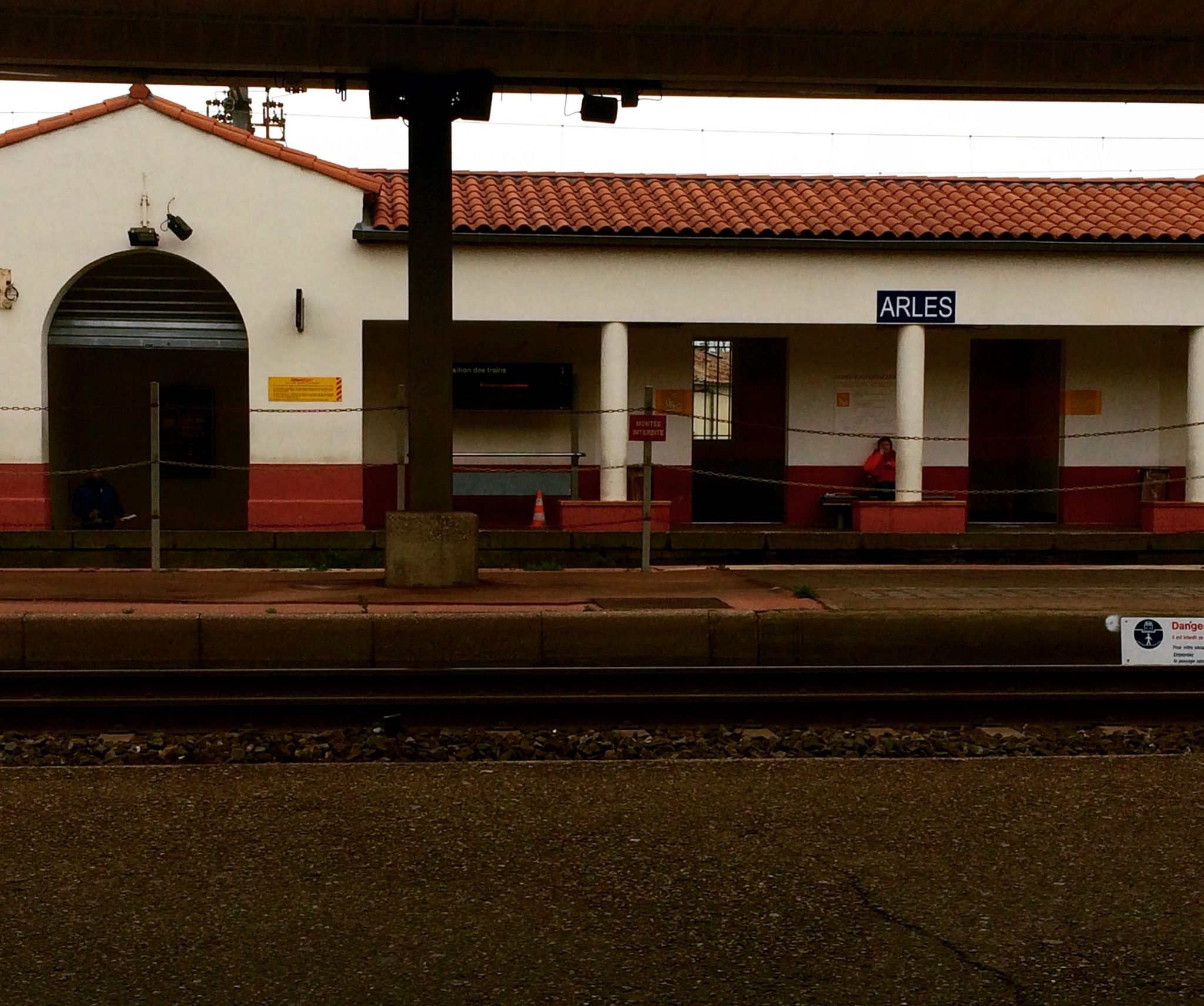 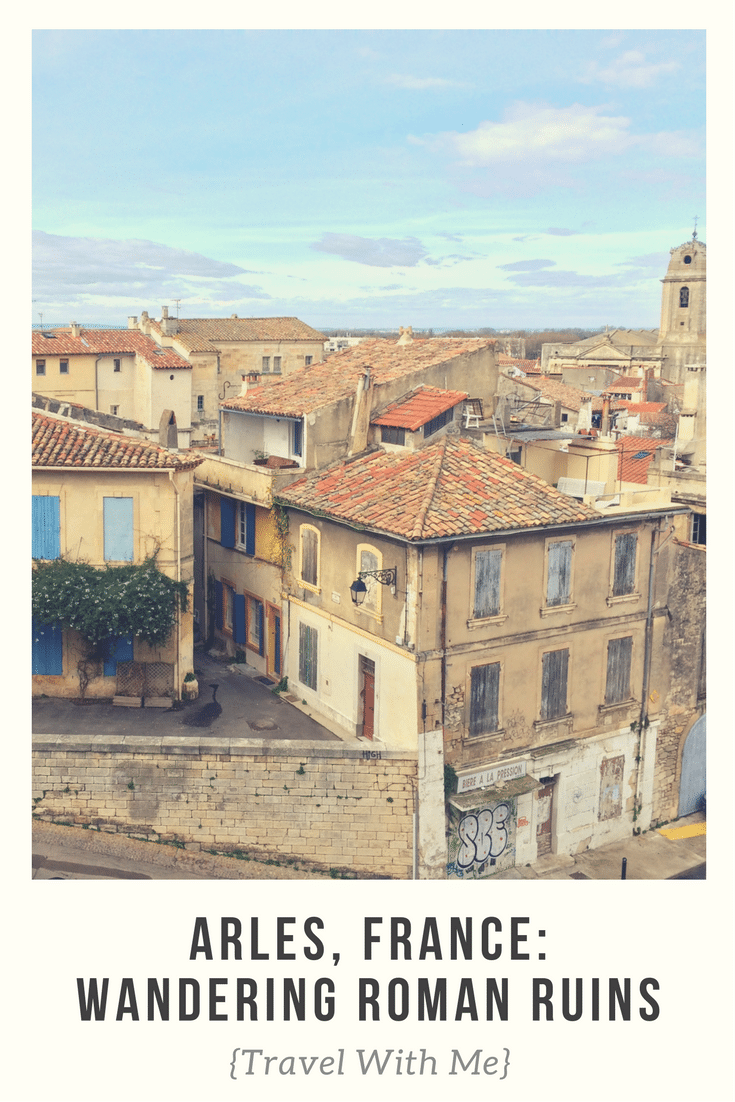